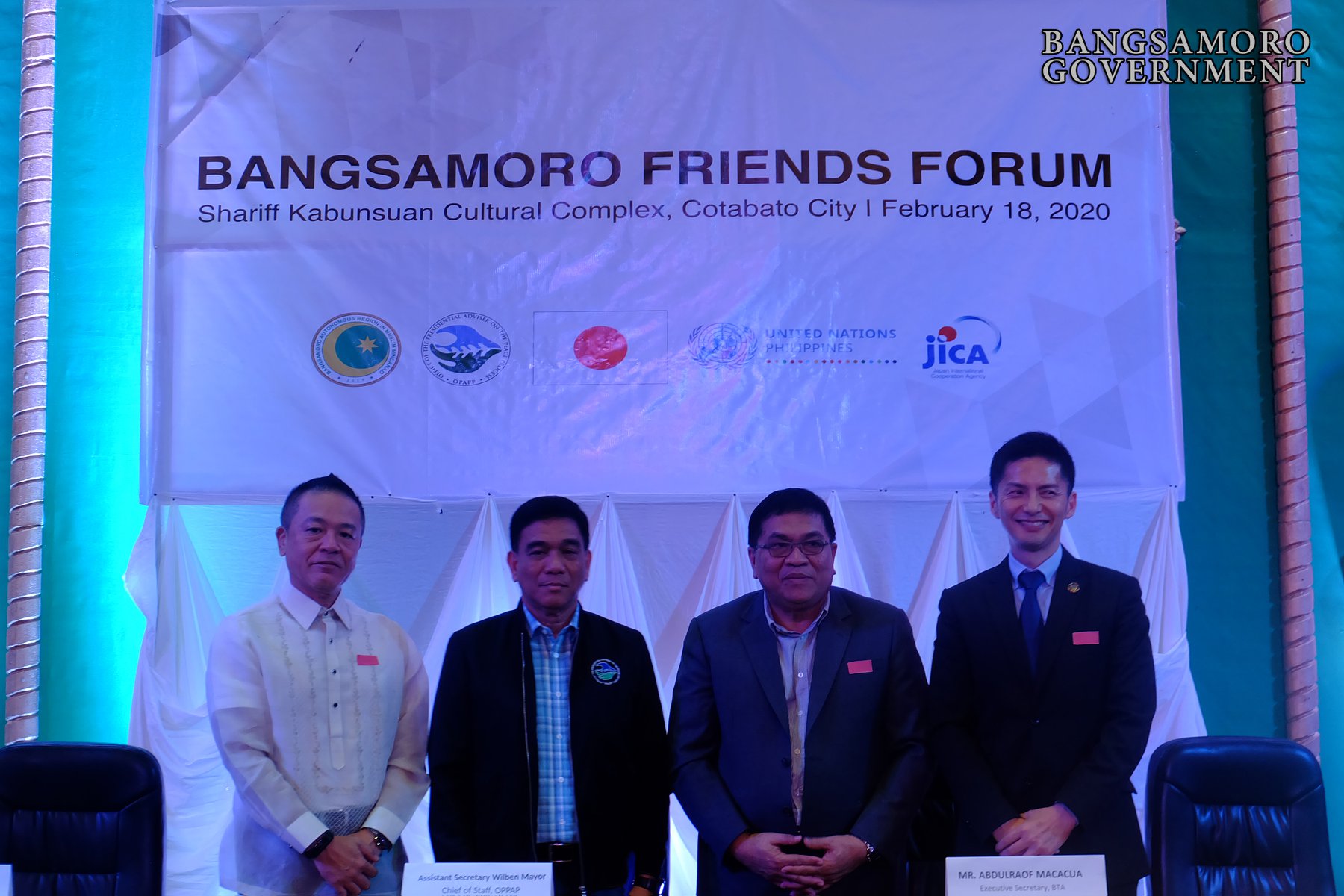 Chief of Mission of the Embassy of Japan Yamamoto Yasushi has pledged to continue their full support for the Bangsamoro Autonomous Region in Muslim Mindanao (BARMM) through projects that will “bring greater stability and prosperity in the region.”

The forum was also supported by the Japan International Cooperation Agency (JICA).

Yasushi said Japan will always be devoted to help in the Mindanao peace process.

He mentioned, “Japan – Bangsamoro Initiatives for Reconstruction and Development (J-BIRD) has contributed over 25 billion pesos in 2002 in Mindanao conflict affected people. In 2006, 30 economic development experts were given to the International Monitoring Team.”

“We share with the (Bangsamoro) government the dream of enjoyed peace and a better life for the Bangsamoro,” he added.

Meanwhile, Bangsamoro Chief Minister Ahod ‘Al Haj Murad’ Ebrahim expressed his gratitude to the Embassy of Japan for their continuous support in the region.

“We have always been fortunate to have worked with your esteemed organization from our guerilla days in the field to the exhausting yet rewarding peace process to the ratification of the Bangsamoro Organic Law and now, the transition phase of the new bureaucracy,” Ebrahim said.

Chief Minister Ebrahim further assured the Embassy of Japan that the Bangsamoro Government is on the right track and is fully committed to provide the people with a system that is reflected to the Bangsamoros’ shared desires and aspirations.

He said he was fortunate to build friendships with those who support the Bangsamoro, who can “stand through the test of time” and “go beyond the halls of bureaucracy and formalities.”

Tuesday’s forum was attended by the members of the Bangsamoro Transition Authority(BTA), BARMM ministers, partner stakeholders, and representatives from the Office of the Presidential Adviser on the Peace Process (OPAPP).

The forum aimed to the discuss the key developments of the Bangsamoro Peace Process and of the BTA in order to identify the needs and gaps. (Bureau of Public Information)