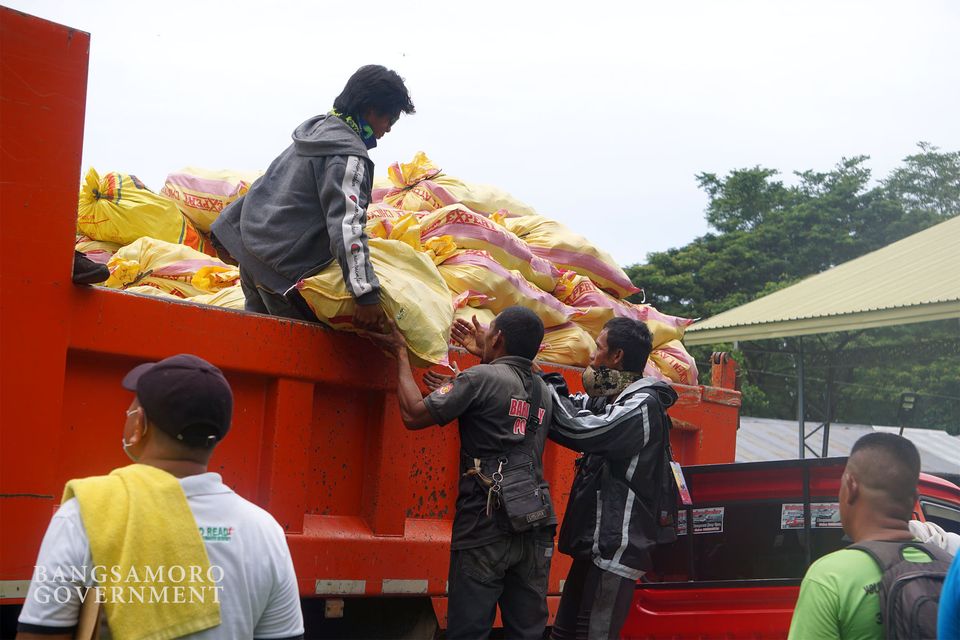 Cotabato City (September 17, 2020) – A total of 5,530 families from twelve barangays in the municipality of Pigcawayan, North Cotabato received the second wave of relief assistance from the Bangsamoro Government on Thursday.

The relief distribution is in line with the Bangsamoro Government’s efforts in helping its constituents affected by the Coronavirus pandemic. Ministry of Interior and Local Government (MILG), headed by Minister Atty. Naguib Sinarimbo, led the distribution.

Sinarimbo emphasized that despite the ongoing pandemic, the Bangsamoro Government will continuously support its constituents and implement priority programs and projects.

According to him, in response to Covid-19 crisis, Chief Minister Ahod Al Haj Murad Ebrahim has allotted P13-billion worth of contingency fund this year. Furthermore, he said Ebrahim has already approved projects such as connectivity transportation operation in the island provinces, programs which will support farmers and fisherfolks, and the construction of additional 100 barangay halls in the region.

The Bangsamoro Government will continue the operation to the remaining five municipalities in NorthCot namely Aleosan, Carmen, Kabacan, Midsayap, and Pikit.

It will also conduct a relief operation for the citizens who are currently affected by flooding brought by heavy rainshowers in Maguindanao, and to affected areas outside the Bangsamoro region. (Bureau of Public Information)