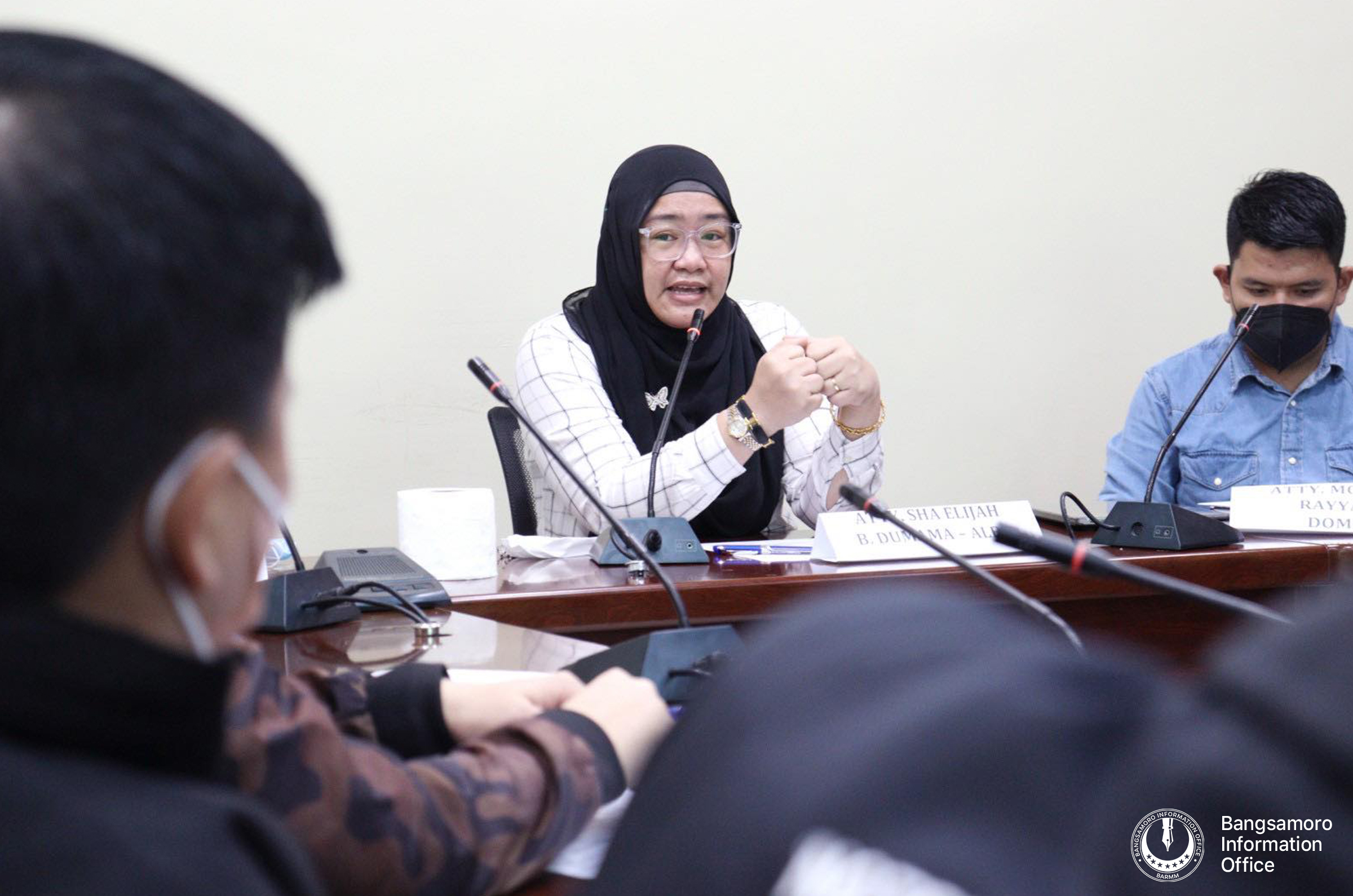 COTABATO CITY—Legal experts from different offices and ministries along with the tribal leaders in the region convened Thursday, Nov. 17, in this city in preparation for the upcoming Bangsamoro Tri-Justice Summit slated January 10-12, 2023.

Through the Bangsamoro Attorney General Office (BAGO), the Government of the Day conducted the first strategic and collective action planning for the Tri-Justice Summit chaired by BARMM Attorney-General Sha Elijah Dumama-Alba.

“We need to listen from different sectors and representatives from the Bangsamoro,” Atty. Alba said, stressing the significance of collecting and drafting relevant issues and proposed topics to be tackled at the summit.

“Pagsasasamahin natin ang [collected issues, suggestions, topics] para e-formulate and develop the Bangsamoro Justice system as it is part of the priority agenda of the Government of the Day,” Atty. Alba, who is also a member of parliament, said.

A Technical Working Group (TWG) was created to develop a roadmap for the promotion and development of a Tri-Justice System based on Bangsamoro’s unique cultural and historical heritage under the Regular Courts, Sharia Courts, and Tribal Courts.

Meanwhile, Lawyer Yasmine Ibay-Laguialam from BAGO Legal Research and Opinion Division said the 2023 summit would pave the way for the things to be focused on in the current justice system in the region.

The event will also aim to develop the Bangsamoro Justice framework which will be the basis for the Government of the Day’s key legislation and policies from 2023 to 2025.

This is per Section 1, Article X of Republic Act (RA) No. 1154 or the Bangsamoro Organic Law which states that “the dispensation of justice in the region shall agree with the constitution, Shari’ah, tradition, tribal laws, and other relevant laws.”

A total of 150 participants from different sectors are expected to attend the tri-justice summit. (Johaira Sahidala/BIO)