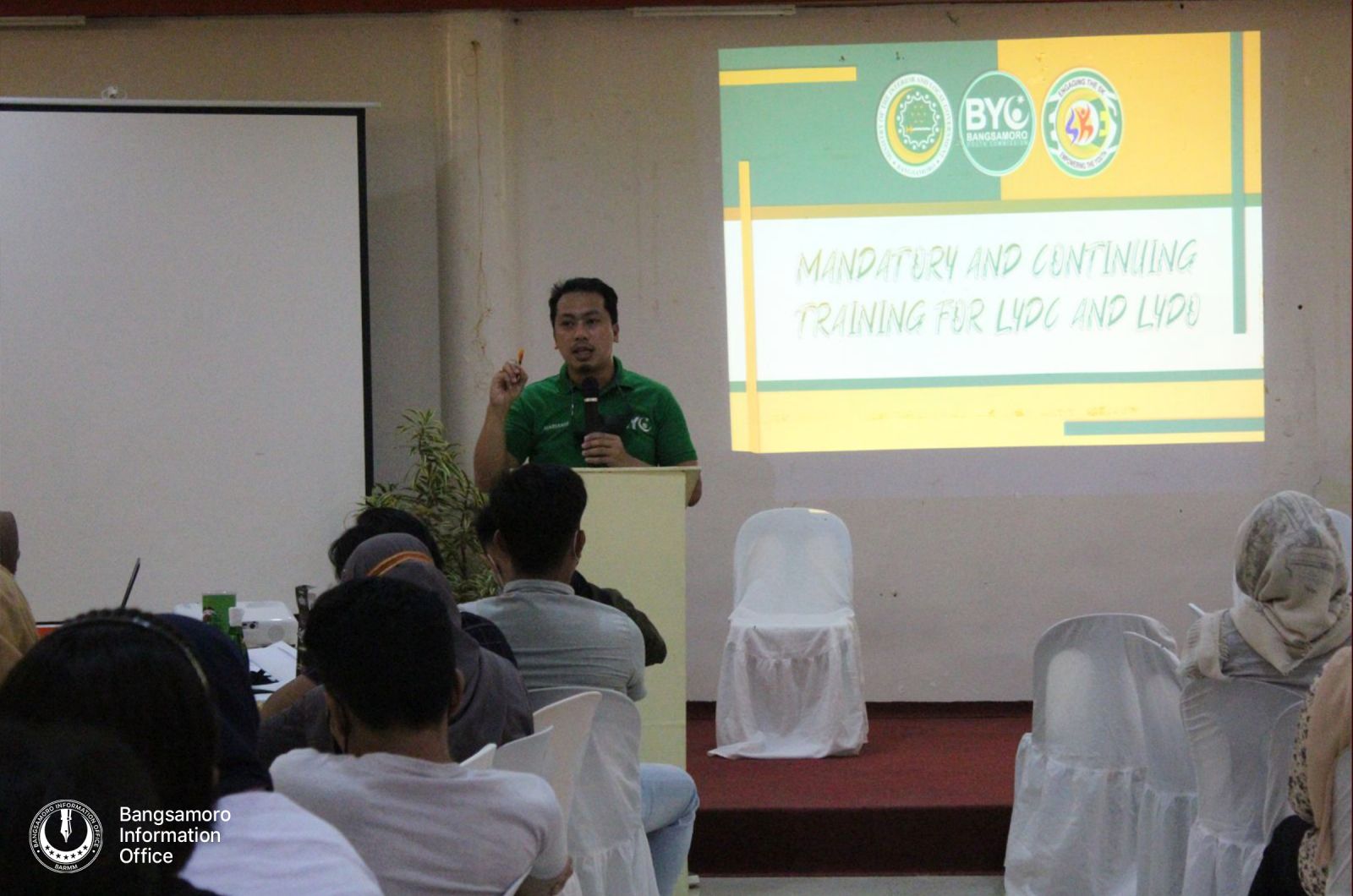 BYC Chairperson Marjanie Mimbantas Macasalong says the trainings are directed towards equipping the youth leaders for better governance in the Bangsamoro region.

COTABATO CITY—Sangguniang Kabataan (SK) officials, youth development officers and council members across the Bangsamoro Autonomous Region in Muslim Mindanao (BARMM) are undergoing a series of capacity building training in order for them to become better ‘performing and functional’ institutions.

The Ministry of the Interior and Local Government (MILG) and the Bangsamoro Youth Commission (BYC) are holding the mandatory trainings through their partnership program dubbed ‘Engaging the SK, Empowering the Youth’ or ESKEY.

The trainings cover the topics of Republic Act 10742 or the Sangguniang Kabataan Reform Act of 2015, decentralization and local governance, meetings and resolutions, budgeting and planning, and Republic Act 6713 or the Code of Conduct and Ethical Standards for Public Officials and Employees.

Marjanie Mimbantas Macasalong, BYC chairperson, said the trainings are directed towards equipping the youth leaders for better governance in the Bangsamoro region.

“We have been doing this activity in order to instill a strong foundation for the proceeding generation,” Mimbantas said.

Nasserudin Dunding, BYC Commissioner for Maguindanao and special geographic areas, said the trainings are being conducted in order to support the implementation and realization of their mandates to uplift the lives, perspectives, and empowerment of the youth sector in their communities.

“The Bangsamoro Government remains committed to support the empowerment and development of the youth sector. We envision that these trainings will capacitate you in order to deliver your mandate in your respective communities,” Dunding told the participants.

On July 12, similar mandatory trainings were conducted in Sibutu, Tawi-Tawi for their first batch, while schedule for Basilan and Sulu participants will be on August.

ESKEY is a partnership program between the MILG and BYC that aims to ensure that the youth leaders in Bangsamoro region are engaged, connected, informed, and capacitated. The partnership started in August 2020. (Bangsamoro Information Office)