Bangsamoro Yesterday and Beyond: The Gains of Peace Process 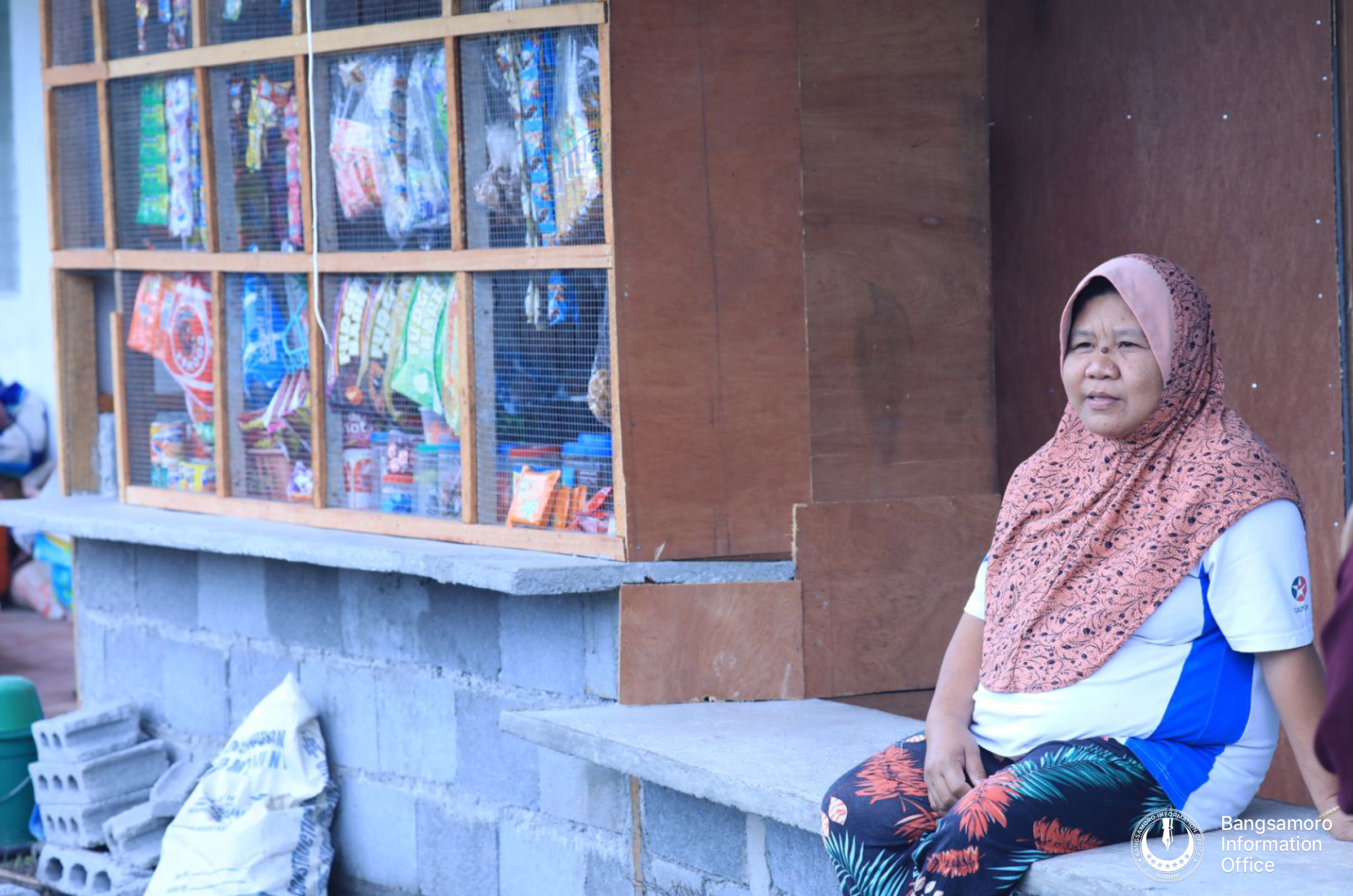 Through the banner program of Chief Minister Ahod B. Ebrahim—the BARMM-KAPYANAN or the Kapayapaan sa Pamayananan—Noraisa Edris, a 47-year-old widow, and her family has now a roof over their heads. She put up a “sari-sari store” in front of their house to sustain the needs of her six children.

The remnants of the past

In celebrating this year’s founding anniversary of the Bangsamoro Autonomous Region in Muslim Mindanao (BARMM), we will take a look on how this region transformed and inspired millions by looking at stories of struggles, transformations, and gains.

[We are a family of combatants. Two of my older brothers have long been fighting for the rights of the Bangsamoro (together with our father).]

Despite growing up in a war zone, their family never stopped hoping that their sacrifices for self-determination will pay off. One of his brothers almost lost his life in a firefight.

In another fold of story from Sultan Kudarat, Maguindanao, 47-year-old Noraisa Edris shared her personal experiences in raising her six children when she lost her husband five years ago.

[It’s been tough for me to raise six children all by myself.]

While others are enjoying the benefits of a complete family, she was left with no option but to hurdle the race alone. Back when her husband was alive, his earning from being a personal driver was already hardly sufficient. With his untimely demise, the sole responsibility of raising the kids was abruptly put on her shoulders and made their lives even harder.

The stories of Hasim and Noraisa are just small portions of the collective narratives of the people in the Bangsamoro. In fact, it’s not unusual to hear the same anecdotes even in the remotest part of this region. Their common struggles prior to the ratification of the BOL, leading to the establishment of the new parliamentary government, are sheer manifestations of shared aspirations when peace was still elusive.

When President Rodrigo Roa Duterte signed the historical BOL on July 26, 2018, a glimmer of hope started to shine on the dim shades of uncertainties.

In legal parlance, the new law signifies the abolishment of the old regional government, but for the Bangsamoro people, it is the culmination of their struggles and their aspired rights to self-determination.

Following these developments and self-evolutions in the region, BARMM can now legally govern itself under the moral governance mantra which is essentially about providing honest, transparent, and accountable governance in order for everyone in the region to pursue a normal and progressive life.

Under the Executive Order No. 79, which outlined the implementation of annexes on normalization, Hasim joined the 3rd batch of Joint Peace Security Team (JPST), while Noraisa enjoys their new house and lot under a banner program of the Bangsamoro Government.

[It is a nice feeling when you know that there is a government that cares about you.] 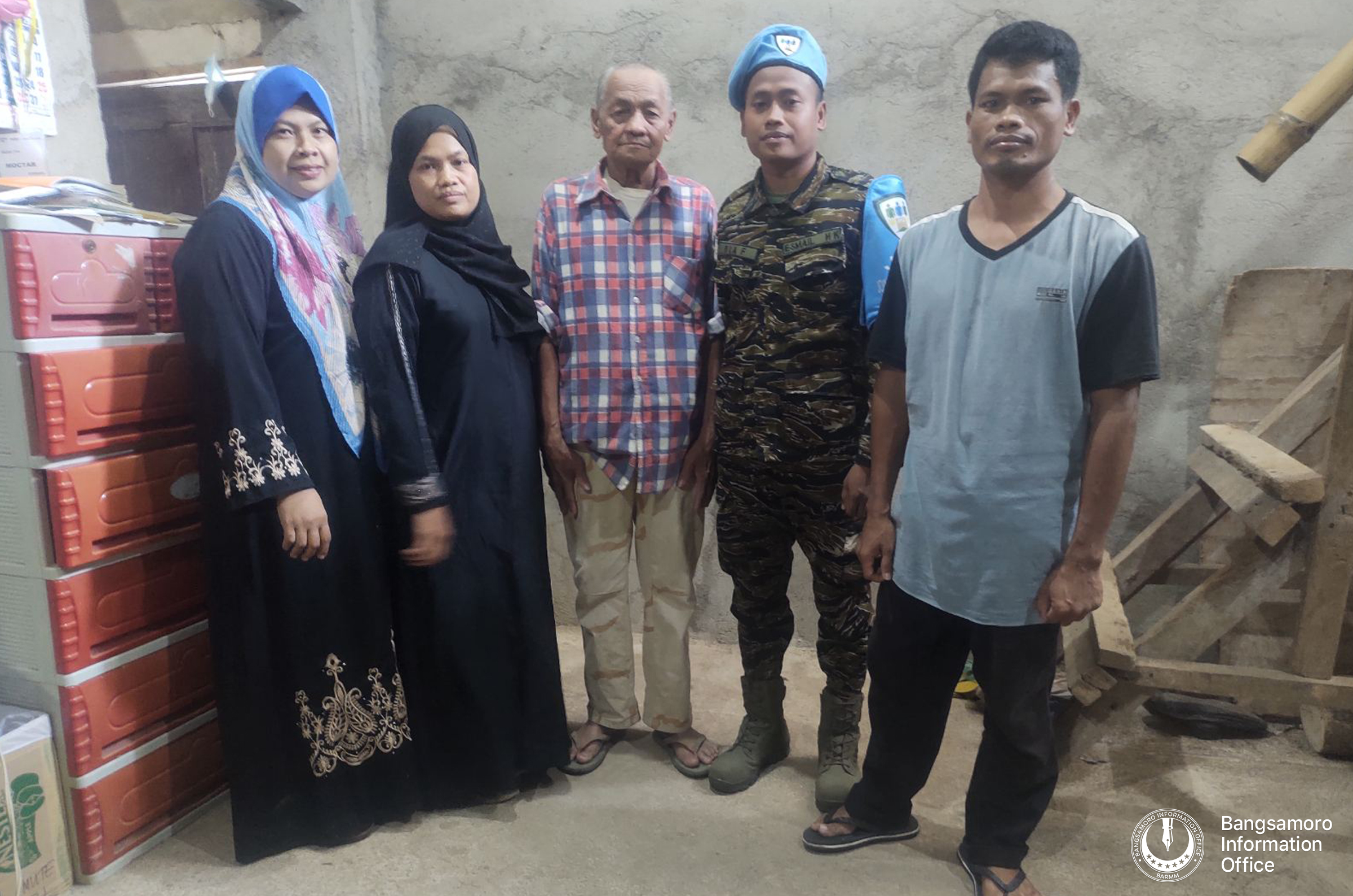 He is just waiting for his deployment order from the higher authority and will soon fulfill his new functions. Transitioning from armed struggle to what he coined as a political struggle, he believed that the Bangsamoro are capable of continuing the struggle without the requirement of shedding blood and massive displacement.

Aside from him, his father, 73, also benefited from the Bangsamoro Government under the decommissioning program conducted by the Independent Decommissioning Body (IDB). He received Php80, 000.00 under the Bangsamoro Transitory Family Support Package (BTFSP) and Php20, 000.00 through the Livelihood Settlement Grant (LSG). Their family invested a huge portion of the amount they received into livestock while the rest were spent on his medication.

Complementing the story, Noraisa, along with her six children, finally got a place they can call home when the 100-housing units in Simuay, Sultan Kudarat were turned over to the beneficiaries in August 2021.

The housing units of the BARMM-KAPYANAN or the Kapayapaan sa Pamayananan, is a banner program of Chief Minister Ahod B. Ebrahim that aims to provide core shelters primarily for the poorest of the poor in the region.

The two-bedroom housing unit comes with light and water components, and is situated in a 3-hectare donated land.

Now that her family has a roof over their heads, she can now focus on providing the basic needs of her children. Out of her own savings, she put up a “sari-sari store” in front of their house. From this store, her profit is augmented by a small income of her son who drives a pedicab. Her eldest, now 24, is till pursing a degree in college.

Hasim and Noraisa are the faces of the Bangsamoro struggle. Their stories symbolize the hope as well as the gains of the peace process in the Bangsamoro homeland.

As it commemorates its 3rd founding anniversary on January 21, 2022, BARMM still thrives on the dedication of its leaders and the help of its partners to sustain the gains of peace and Moral Governance.

Notwithstanding obstacles of transforming Bangsamoro lives, our leaders incessantly strive to raise the bar of people-oriented service imbued with the vital principles of moral governance so that the promise of a new life—free from the remnants of war—shall be enjoyed for generations. (Abdullah Matucan/BIO)