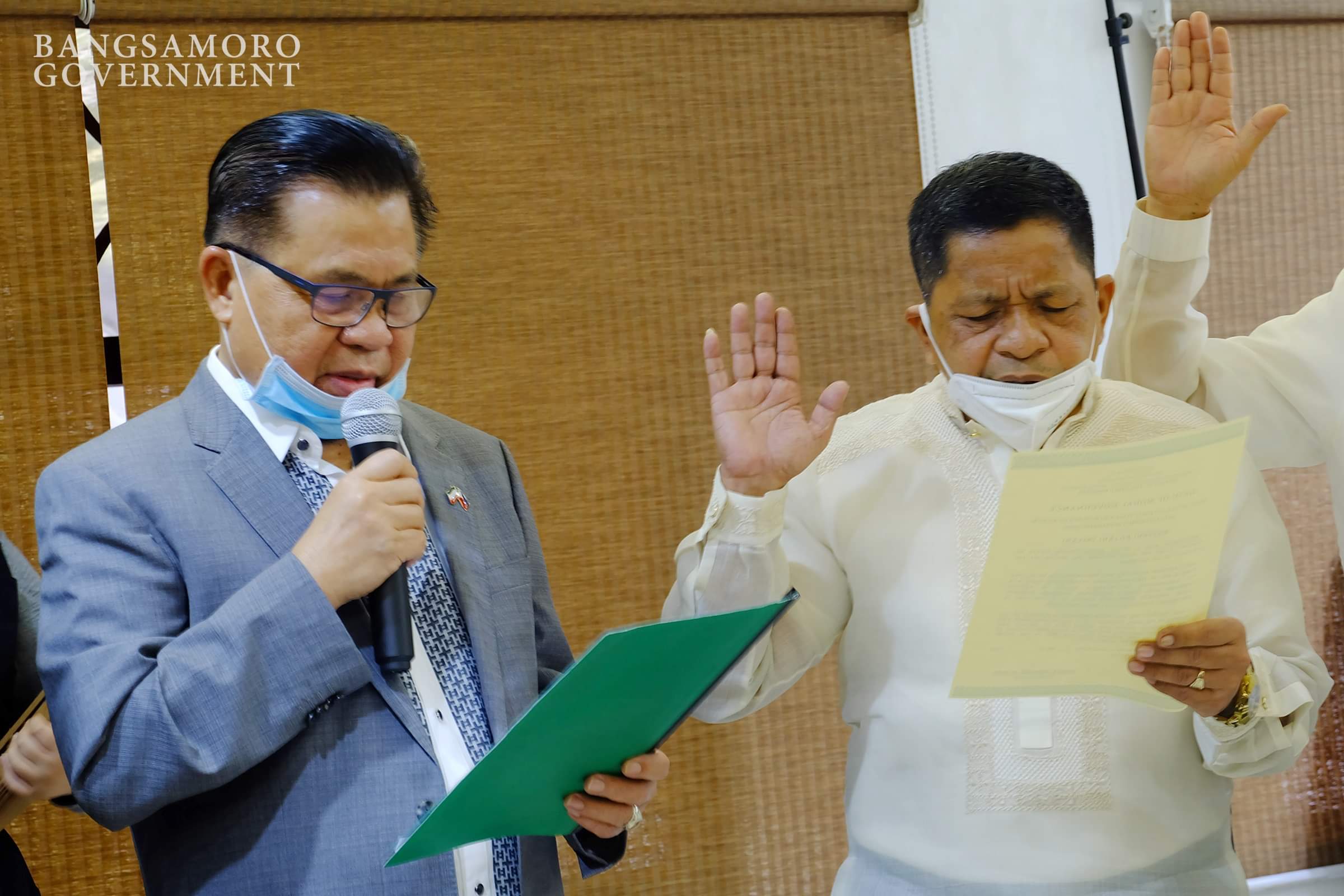 Cotabato City (June 30, 2020)—The Bangsamoro Government has created the Development Coordinating Office (DCO) to administer the 63 barangays in North Cotabato which are now part of the territory of the Bangsamoro region.

The officials took their Oath of Moral Governance in the presence of Chief Minister Ahod “Al-Haj Murad” Ebrahim Tuesday, June 30 at the Bangsamoro Government Center in Cotabato City.

“This embarks our plans in development programs in the area,” Ebrahim said, noting the oath taking was delayed due to the current Coronavirus Disease pandemic.

“We will work hard to ensure we are instrumental in our government’s call for moral governance,” Antao stressed.

The said barangays were included in the BARMM, following a plebiscite held on February 06, 2019, with residents favoring their inclusion in the now one-year-old regional government.

The establishment of the Development Coordinating Office was through an Executive Order issued by the Office of the Chief Minister on January 27, 2020, which stated that it is the primary office for planning and implementation of programs, projects, and activities of BARMM ministries and offices in the North Cotabato barangays.

The said office will be composed of the offices of the Administrator, eight (8) Area Coordinators, and support staff.

The MILG will assign a Municipal Local Government Operations Officer (MLGOO), while the ministries and head of agencies can designate staff from their offices. (Bureau of Public Information)