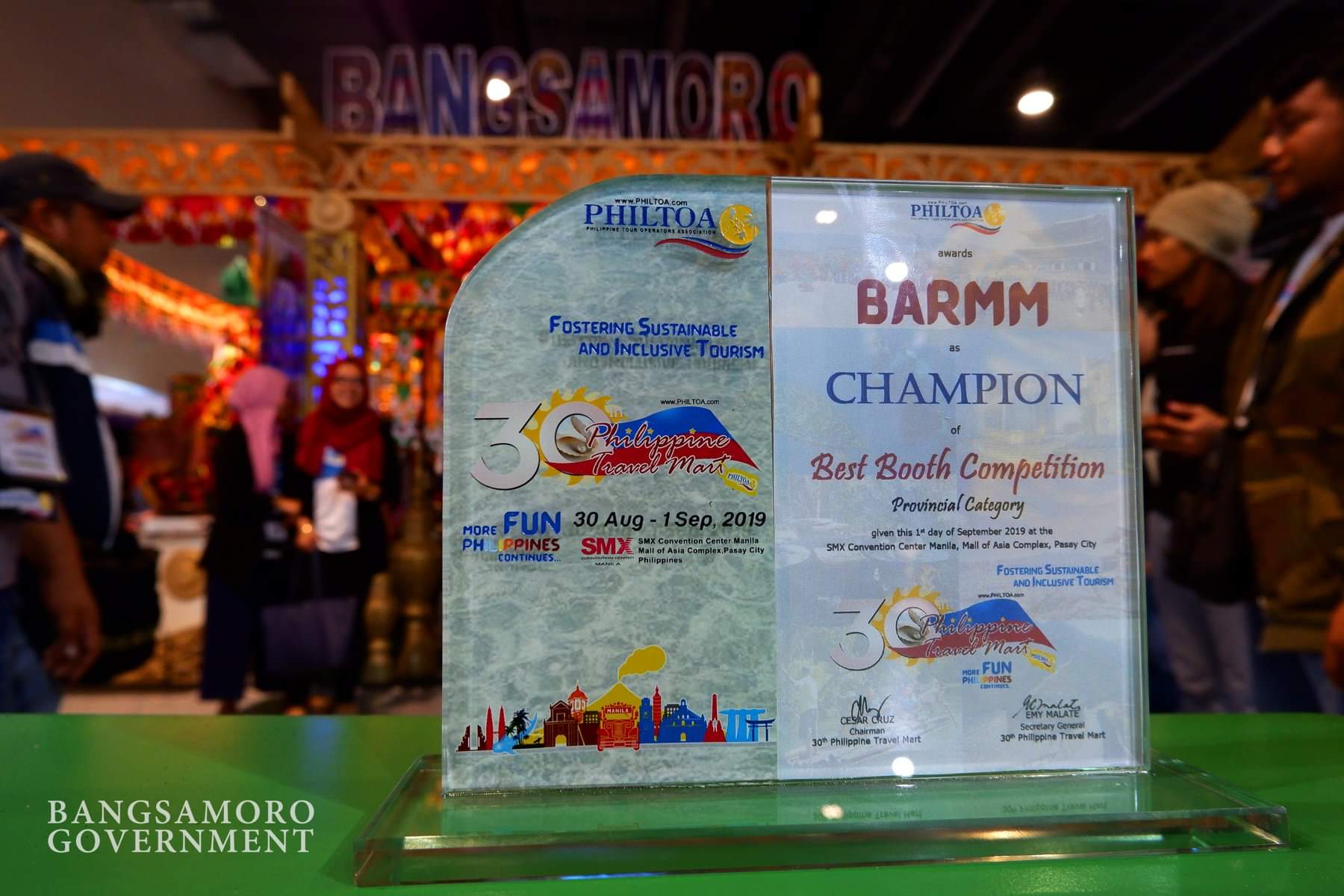 The BARMM was awarded as champions for both the Best Booth Competition (Provincial Category) and the Patimpalak ng Kasuotang Pilipino.

“It’s so beautiful. I’m very amazed at the culture and heritage and how they preserve it. Maganda na pagpasok mo sa booth nae-experience mo as if you were there,” said Department of Tourism Secretary Bernadette Romulo Puyat after she visited the BARMM pavilion.

The BARMM pavilion showcased the rich culture, history, traditions, and the solidarity of the Bangsamoro people. It featured the traditional musical instruments of the Maguindanaon and their traditional weaves such as the Inaul, Tudung, and Galang; the traditional costumes of the Yakans which are made of their famous clothes called the Tennun; different Maranao artifacts; and other unique products and foods that can only be found in the Bangsamoro Region.

The pavilion was also adorned with posters that showcased the beautiful tourist destinations in the BARMM’s five provinces – Maguindanao, Lanao del Sur, Basilan, Sulu, and Tawi-Tawi.

The Philippine Travel Mart is an annual activity organized by the Philippine Tour Operators Association (PHILTOA) in an aim to promote and develop domestic and inbound tourism.

“It is the time for us to see for ourselves that Mindanao is a safe destination for everybody,” he added.

Candao thanked the support of the Bangsamoro Government Chief Minister Ahod “Al Haj Murad” Ebrahim, and the exhibitors from the five provinces of the BARMM.

The MTIT-BARMM, with the assistance of the Office of the Chief Minister, organized and designed the Bangsamoro pavilion.