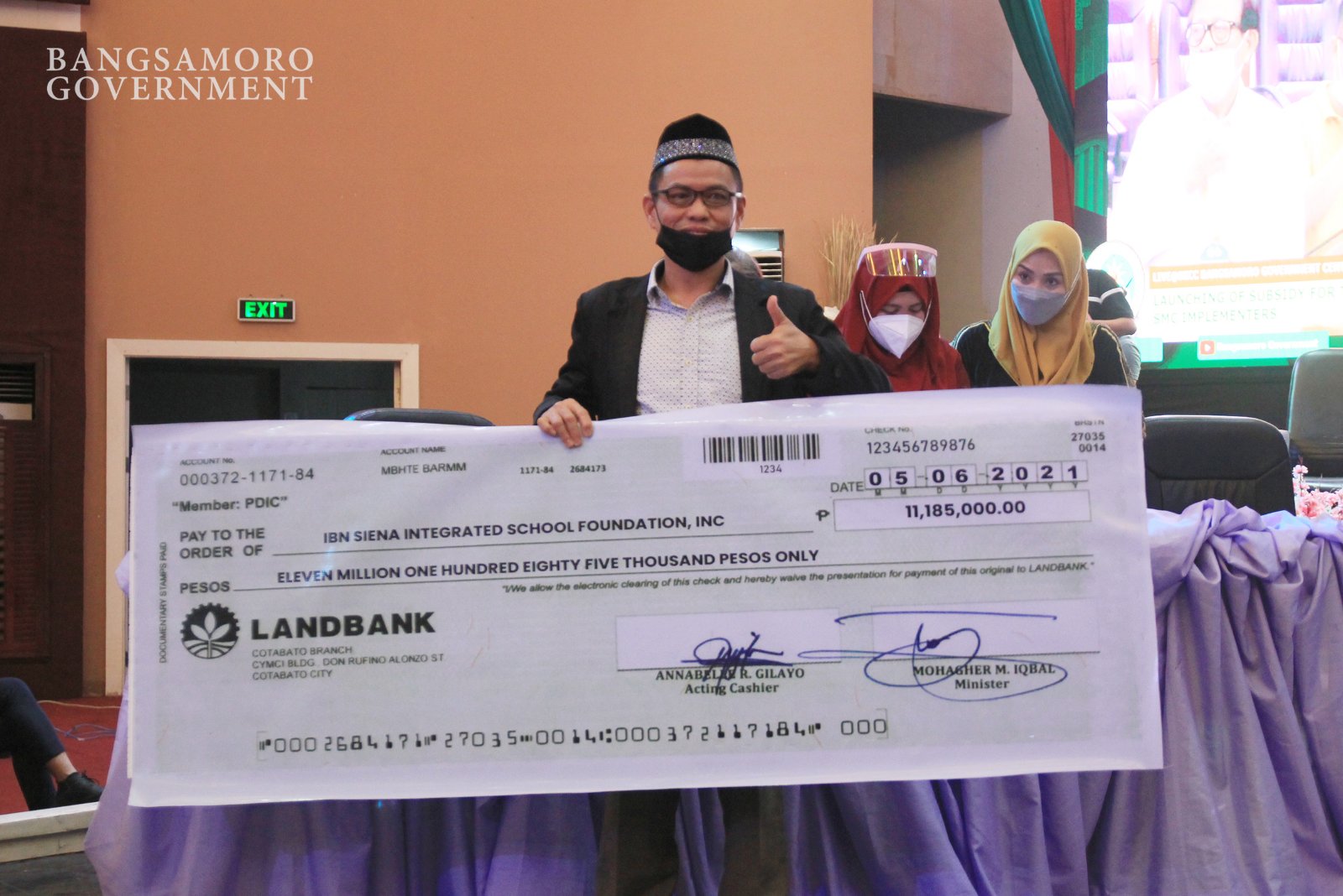 Representatives of each SMC recipient from the five provinces of BARMM attended and personally received the checks at Shariff Kabunsuan Cultural Complex, Bangsamoro Government Center, in the city.

“The allocated subsidy for each SMC implementers were calculated based on the number of enrollees of each Madrasah per academic school year,” said Director-General Prof. Tahir Nalg of MBHTE’s Directorate-General for Madaris Education.

He also told that through MBHTE minister Mohagher Iqbal, the provision of financial assistance to Madrasahs was made possible and was financed under the Contingency Fund of the Office of Chief Minister (OCM) Ahod B. Ebrahim.

Education minister Iqbal explained that the provision of subsidies for Madrasahs in the region is actually a nationally-funded program but was halted.

He further explained that there is no guarantee if there will be a similar provision of subsidy next year. Instead, he assured that MBHTE will do its best to include and realign its priority programs incorporating the SMC.

According to MBHTE, a total of 18,630 madrasah learners from the 64 SMC Implementers will benefit and receive Php5,000.00 from the subsidy.

Gampong expressed his thanks to the Bangsamoro Government for realizing assistance to Madaris Education.

He said their institution recently recorded more than 4,000 enrollees, and from the received subsidy, they will allocate 80-percent for teachers’ salary, while 20-percent for their school’s development programs.

Meanwhile in his conclusion, MBHTE Deputy Minister Haron Meling highlighted the importance of implementing a balanced and integrated education, in order to create not just skillful and competent Bangsamoro professionals but also believers and followers of Islam. (Bangsamoro Information Officer)