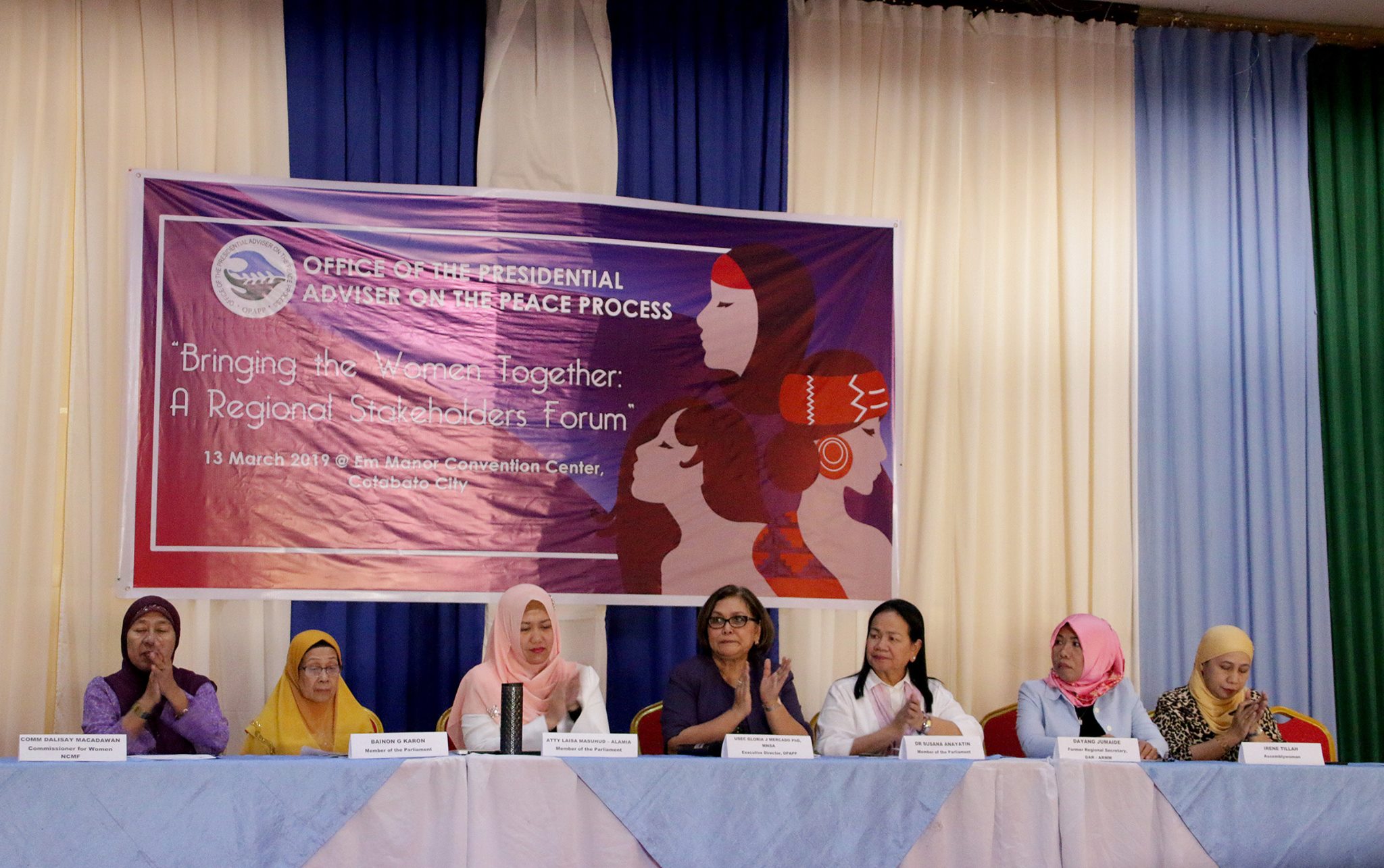 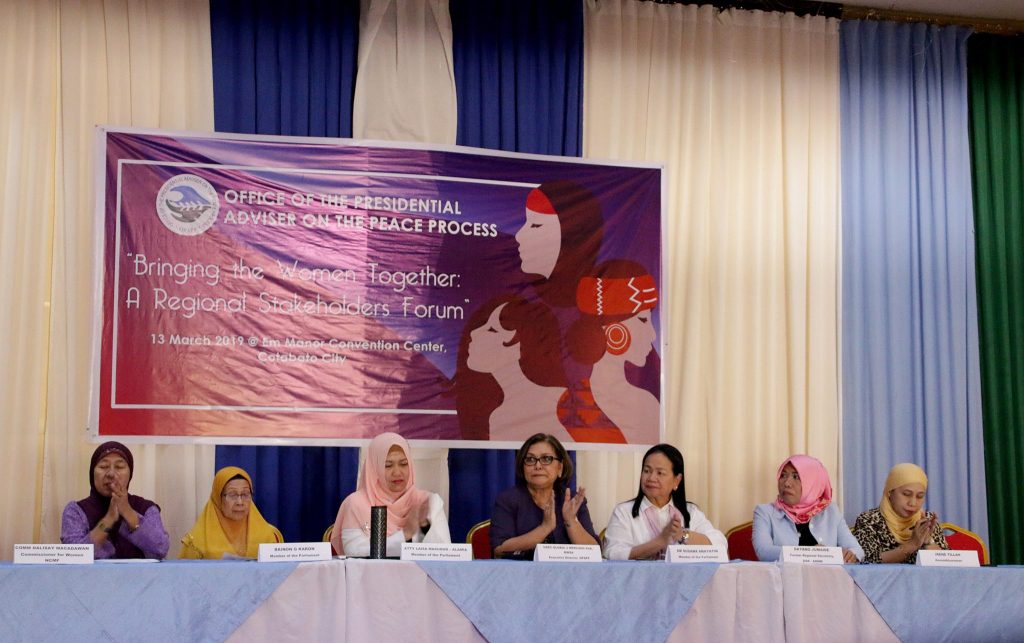 The participants represented civil society organizations, local government units, the academe, and the religious and traditional sectors of the region.

Said activity brought the women stakeholders together in a dialogue that allowed them to express their expectations and hopes for the new government entity and to draft policy recommendations or the Bangsamoro women agenda, which will be endorsed to the Bangsamoro Transition Authority (BTA) for deliberation.

The guest speakers who spoke on the role and importance of women in the society include BTA members Atty. Tarhata Basman, Bai Shahara Ibrahim Mastura, and National Commission on Muslim Filipino (NCMF) Commissioner Dalisay Macadawan.

The Office of the Presidential Adviser on the Peace Process, through its National Action Plan on Women, Peace and Security (NAPWPS), spearheaded the conduct of the said activity.

“With the establishment of the Bangsamoro Autonomous Region in Muslim Mindanao, there is a need to recall, reaffirm, and reemphasize women’s participation as well as their protection from violence, especially from this conflict setting,” said Ms. Helen M. Rojas, NAPWPS Secretariat Head. (Bureau of Public Information)