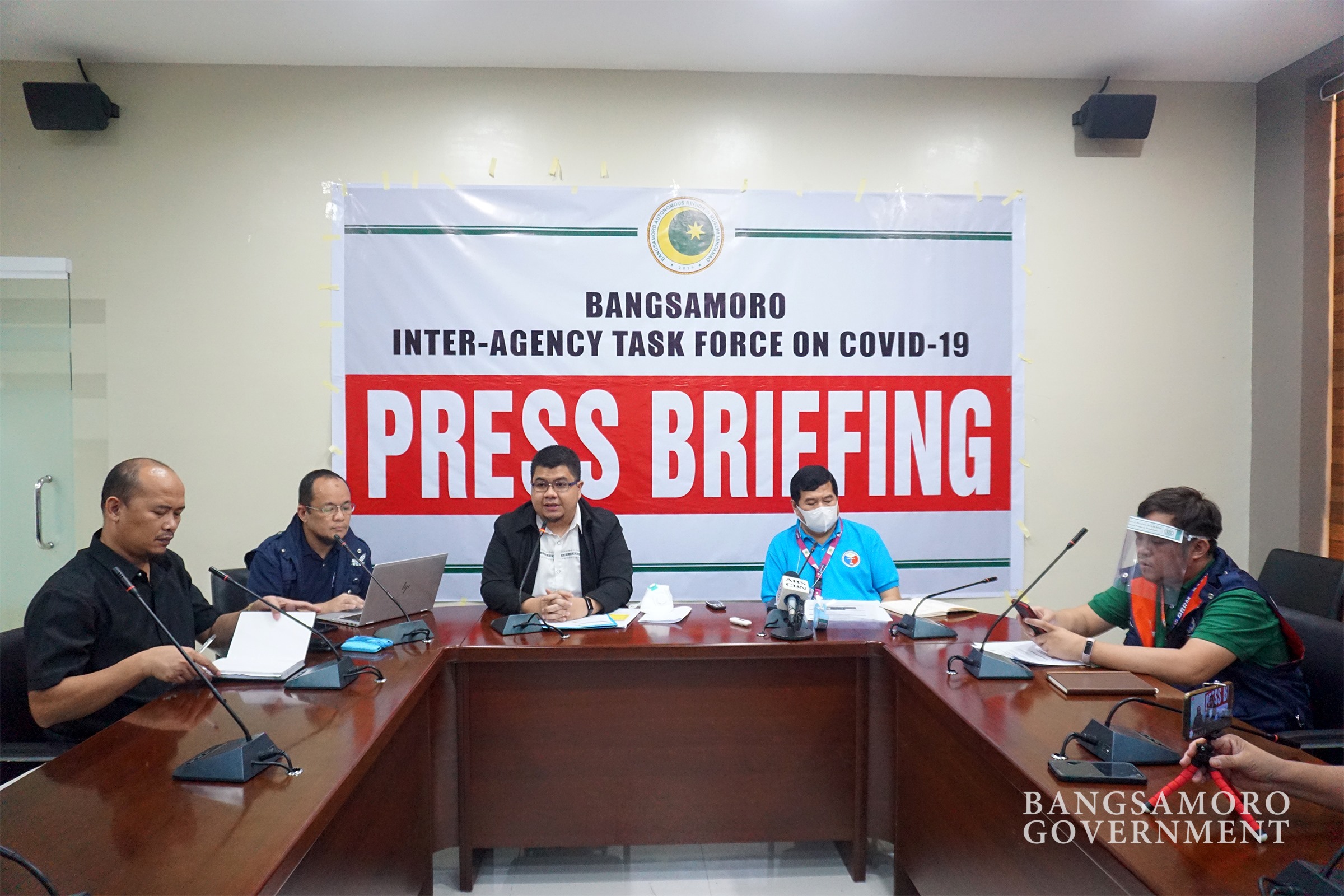 Cotabato City (March 23, 2020) — 196 of the 215 Filipino-Muslims who attended a Tabligh (Islamic preachers) gathering in Malaysia has now been identified by the Bangsamoro Autonomous Region in Muslim Mindanao’s Inter-Agency Task Force on COVID-19 (BARMM-IATF).

The gathering, attended by over 16,000 people, was held from February 27 – March 1, in Kuala Lumpur’s Jamek Sri Petalling Mosque. It was reported to be linked to the spike of confirmed COVID-19 cases in Malaysia.

BARMM Cabinet Secretary Asnin Pendatun, also the IATF spokesperson, said in a press briefing on Monday, March 23, that the task force was able to get the passport numbers of those individuals who are now considered as Persons Under Monitoring (PUM).

The IATF has already identified 35 persons as residents of BARMM. They are now under strict monitoring, according to Pendatun.

As to the reports circulating that 16 of the 215 individuals are COVID-19 positive, Pendatun said: “As of now we don’t have official statement from the Department of Health so we cannot confirm that. We will validate it from the authorities first.”

He reported 200 persons were identified to be residents of Basilan province and were taken in by the government of Basilan. Meanwhile, the rest are from the different areas of Mindanao, such as Zamboanga del Norte, Saranggani Province, General Santos, and Pagadian City.

27 of the deportees are identified as Persons Under Investigation (PUI) and 93 are PUMs. They are quarantined in Sibakil Island in Lantawan, Basilan.

Furthermore, the Local Government Unit of Basilan, the MOH, and the Ministry of Social Services and Development (MSSD) are working together to help the deportees.

MOH has also recorded two confirmed COVID-19 cases in the region, including a patient from Amai Pakpak Hospital in Marawi City and in Northern Mindanao Medical Center, in Cagayan de Oro City.