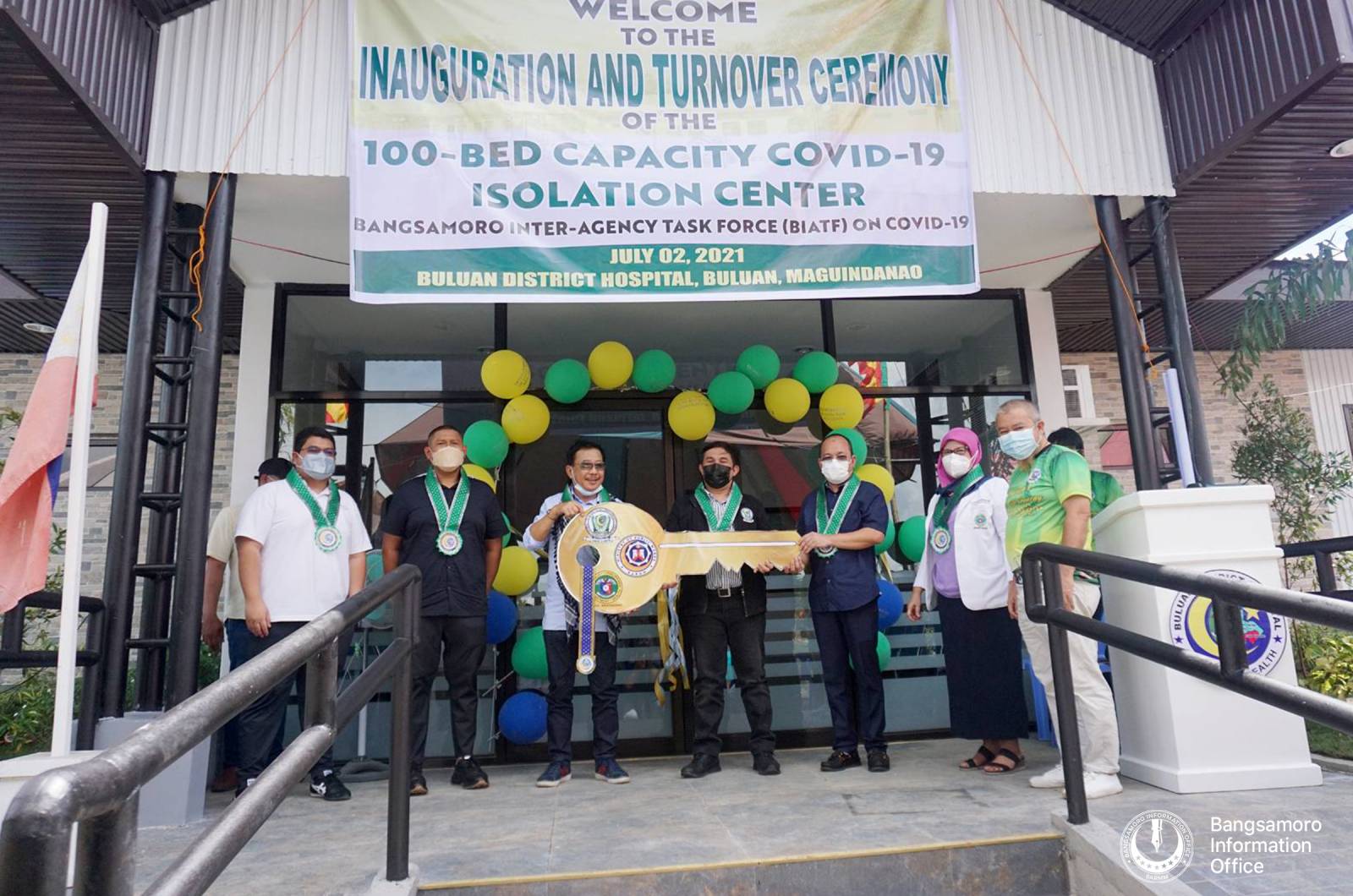 The isolation facility in Buluan, Maguindanao is one of the eight facilities being constructed across the BARMM by the Ministry of Public Works (MPW) and funded by the Office of the Chief Minister Ahod Balawag Ebrahim.

The facility, constructed at Buluan District Hospital (BDH), was funded by the Bangsamoro Government’s Office of the Chief Minister (OCM) and was implemented by the Ministry of Public Works (MPW).

MPW Minister Archt. Eduard Guerra said BARMM has eight isolation facility projects across the region, each with 27 million pesos budget that covers its construction, and supplies and materials.

Five facilities were already inaugurated and are operational — two in Maguindanao, one in Lanao del Sur, one in Sulu, and one in Tawi-Tawi. The facility in Malabang, Lanao del Sur is still under construction.

“The isolation facility in Basilan is set to be turned over next week,” Guerra added.

“The Ministry of Health will allot about one million per month para sa operationalization, maintenance and other operating expenses,” Abas said.

In a statement, Chief Minister Ahod Balawag Ebrahim said constructing Covid-19 dedicated facilities is one among the efforts of the regional government to contain the spread of the virus, even during the transition period.

“This building is a living testament that even though the Bangsamoro Government is still undergoing the very complex transition period, we are doing everything we could in fulfilling our common aspiration of a better life for all,” Ebrahim said.

Piang added nearby towns in Soccksargen (Region 12) can also be admitted in the facility.

“With this facility, we expect that we can help mitigate the risks posed by the life-threatening disease,” Piang added.