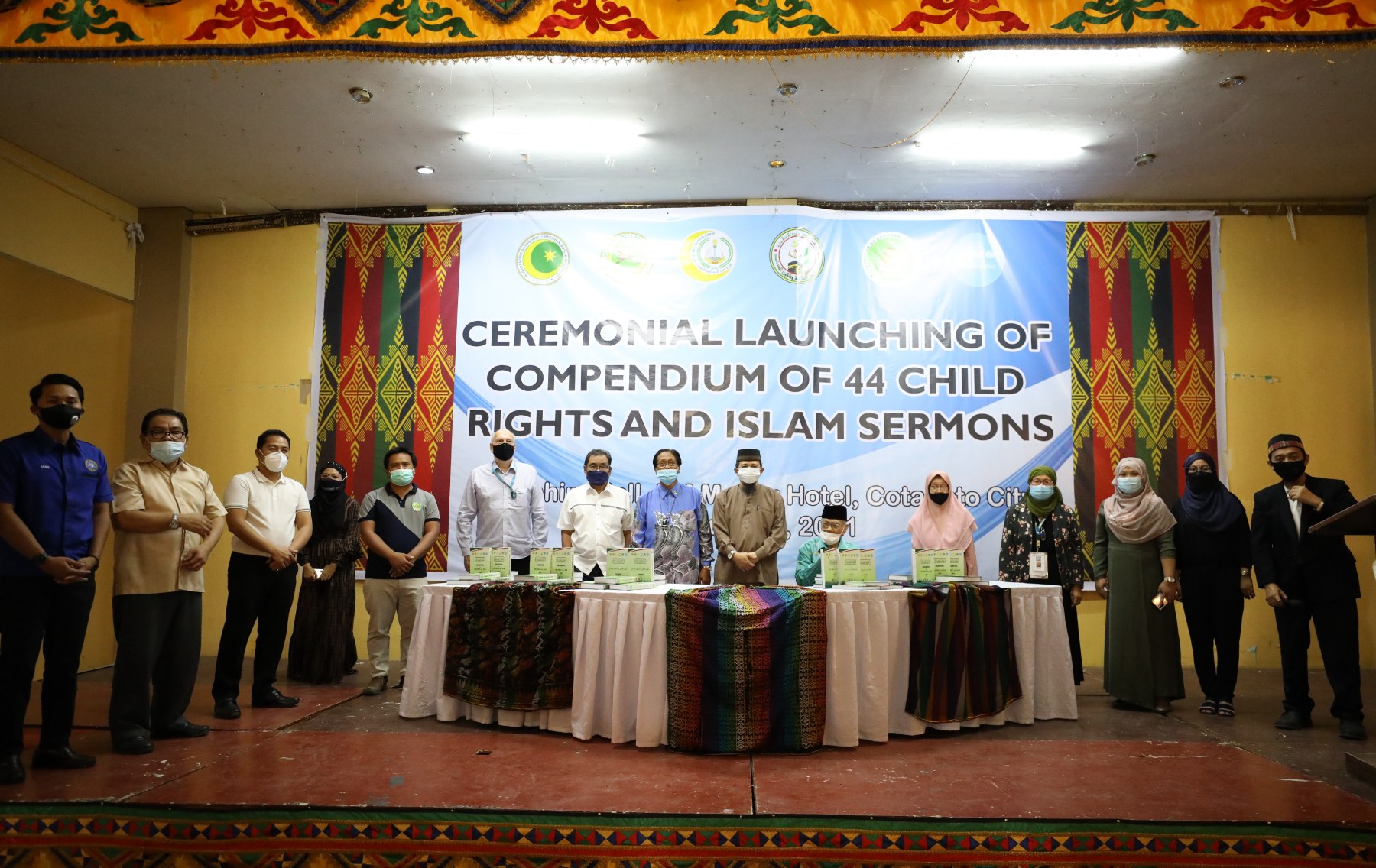 The compendium highlights the importance of Child Rights in Islam and serves as an important resource for Muslim Religious Leaders as they guide parents and community members to care for children.

“With almost all countries in the world signing and ratifying the convention, including the Philippines and Muslim countries, we have also signed the convention on the rights of children,” said Andrew Morris, chief of field office, UNICEF-Mindanao.

Morris also said that there was a study last year affirming that the most influential and reliable sources of information in the Bangsamoro region is from the religious leaders, “therefore their role is vital pertaining to the rights of children and peace as well.”

Meanwhile, Chief Minister Ahod B. Ebrahim said in a video message that the rights of a child is not new to Islam.

“In fact, in various occasions and episodes on the life of the Prophet Muhammad (SAW) and his companions. Several of these rights were taught including children’s rights to be fed, clothed, and protected until they reach adulthood,” Ebrahim noted.

“These teachings can be relayed further to our fellow Bangsamoro and Muslims through the weekly Khutba(sermon). Such method is the most effective when relaying a message to our respective communities,” the Chief Minister added.

CBCS Chairperson Guiamel M. Alim said that the development of child rights sermon and its translation into various languages, pertaining to children protection, and survival, is the most welcome development in the Bangsamoro region.

The vaccination is also one of the most important topics in the books, as far as the issue of ‘halal and haram’ (permitted and forbidden) is concerned.

Muslim Religious Leaders from Hay-atol Ulama Al-Muslimin in the Philippines and the Committee on Da’wah and Masajid Affairs were also engaged in developing the 44 Child Rights Sermons. (Bangsamoro Information Office)