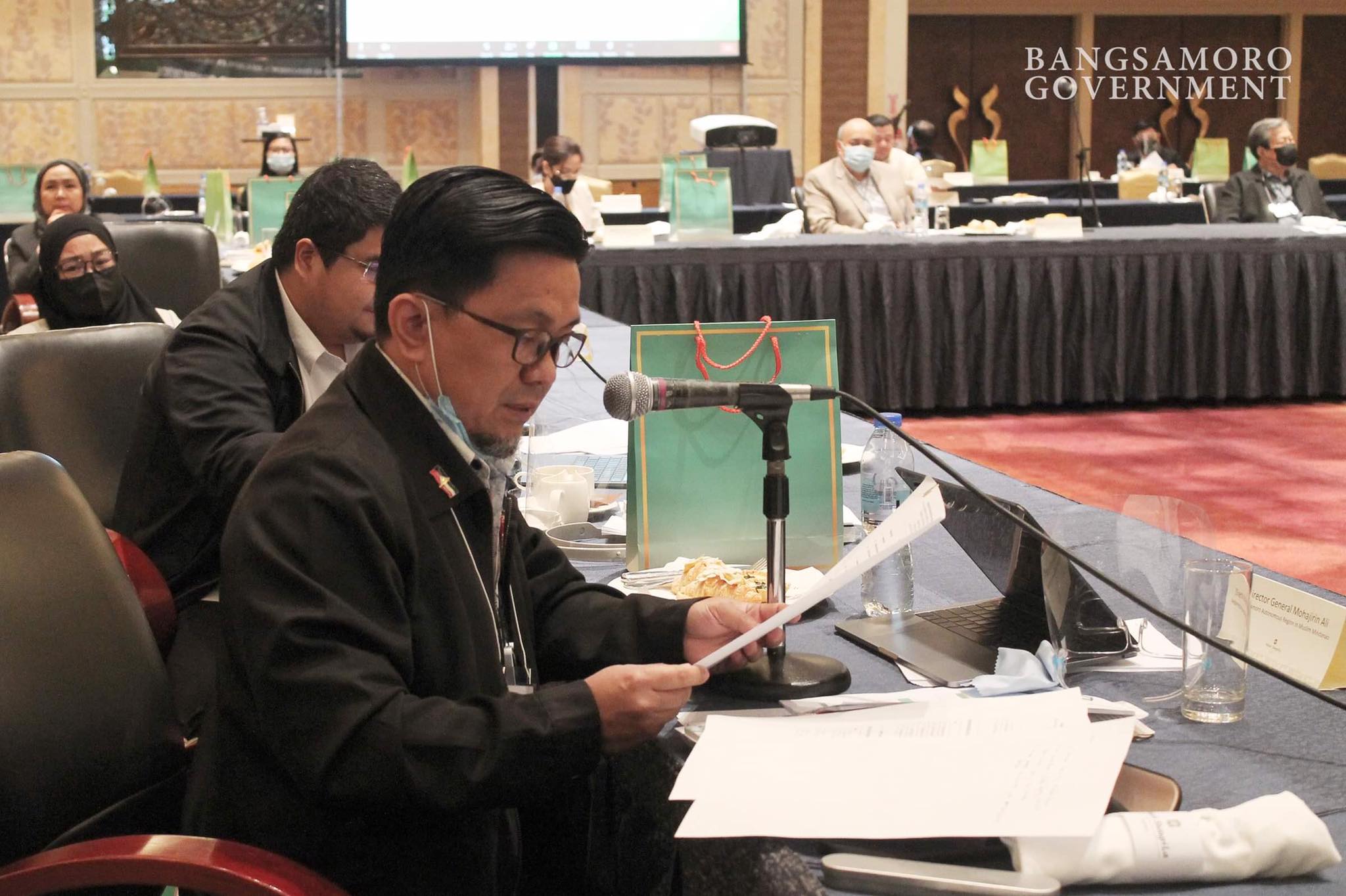 MAKATI CITY—Representatives from the Bangsamoro Government conveyed several significant milestones of the autonomous region for its roughly two years of service and amplified the call to extend further the Bangsamoro transition period from 2022 to 2025.

During the Focus Group Discussion (FGD) and Consultation on Tuesday, Jan. 12, officials from national agencies and the Congress convened to tackle points concerning the status of the interim government and assessed the crucial need to add another three (3) years for the interim Bangsamoro Government to fully implement its mandate.

Technically, in the course of the transition, the BTA, which serves as the interim government, was given three years to lay its foundation and establish autonomy that asserts unity, peace, and political settlement contemplated in the Bangsamoro Organic Law.

Although the services of the Bangsamoro government in its first year seemed apparent, the succeeding months of the Moro Islamic Liberation Front (MILF)-led administration grappled with the unprecedented emergence of the Coronavirus Disease (Covid-19), which greatly affected the operations of the government.

“The first year of the transition in 2019 was poured into building the new bureaucracy, institutionalizing moral governance, and hiring of personnel. The second year of transition in 2020 has been ultimately halted by Covid-19 which forced the Bangsamoro Government to redirect its priorities,” said Atty. Sha-Elijah Dumama-Alba, the Bangsamoro Government’s Attorney General.

On the third year of the transition period, BTA has to devote its priorities primarily on institution-building, legislating priority laws, continuous delivery of public service while also getting ready for a political event with decisive outcomes should the 2022 elections proceed for the BARMM.

“For these and many other compelling reasons, we foresee that there is little room to finish all of the work in 2022,” Dumama-Alba said, adding that three (3) years is evidently not sufficient for a post-conflict government to be fully effective and operational.

Limitations in instituting changes and reforms in BARMM are some of the several factors faced by the BTA as it traverses the transition period in consonance with GPH-MILF Peace Process.

Accordingly, most of the time-bound provisions of the BOL have not been fulfilled even after a year and 9 months of building the foundation of the regional government.

Even the mode of transfer of the Block Grant has not been consistent with the provisions stipulated under the same law.

It also has to be understood that setting up a parliamentary form of government under a unitary system is a notable endeavour by Philippine experience.

The transition involves not merely a change of name from ARMM to BARMM, but also involved institution-building and hiring of personnel in the bureaucracy.

Likewise, the implementation of the Annex on Normalization provisions of the peace agreements is still a work-in-progress, and it was further delayed by the ongoing battle against the pandemic.

BARMM Cabinet Secretary Mohd Asnin Pendatun described the case of Bangsamoro as a metaphor of a ‘turogan’, a Maranao house, that is still under construction and on the process of building strong foundation for its dwellers.

“We cannot quickly do all the necessary constructions without being too careful. What we need is a solid foundation. In a nutshell, it encapsulates where we are right now and how important the transition period is for the Bangsamoro populace,” Pendatun said.

Uplifting the lives of the Bangsamoro and establishment of the foundations of self-governance through moral governance is the optimal vision of the BARMM as it fulfills its mandate in the remaining years.

By 2025, people in the Bangsamoro are expected to be self-governing, united, enlightened, peaceful, just, morally upright, and progressive.

The future directions of the Bangsamoro Government are focused on sustainable gains on socio-economic development, substantially-established bureaucracy, and more progressive and improved local government units functionalities.

It is also anticipated to improve access of people to and quality delivery of social services at all levels of government; improve productivity in agriculture and services through value chain approach; sustain and promote peace public order and safety.

In addition, the Bangsamoro government is likewise anticipated to mitigate emerging and re-emerging infectious diseases and climate and disaster risk of individual and families especially the vulnerable sectors; to improve infrastructure support facilities, and to substantially provide support for the reconstruction of Marawi City under the Bangsamoro Marawi Rehabilitation Program.

“We know that for the rebuilding of Marawi City, it is the national government who is leading the rehabilitation through Task Force Bangon Marawi, but this is also supplemental assistance to our brethren in Lanao del Sur,” said Engr. Mohajirin Ali, director general of Bangsamoro Development and Planning Authority (BDPA). (Bangsamoro Information Office)