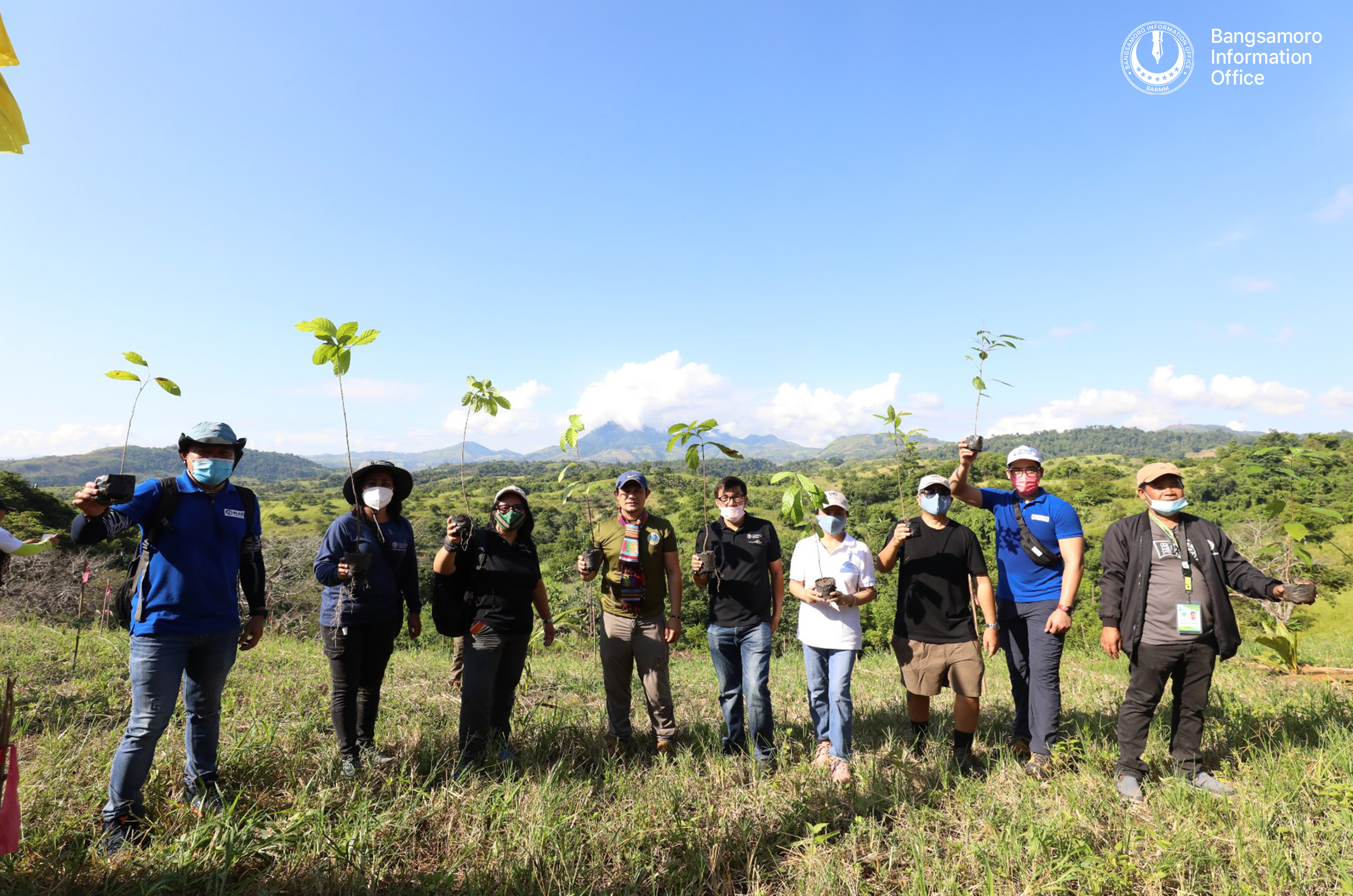 COTABATO CITY – In line with the celebration of the World Humanitarian Day (WHD) on August 19, the Bangsamoro Government together with its various humanitarian partners planted 750 saplings in Datu Odin Sinsuat Municipality, Maguindanao.

Minister for Interior and Local Government Atty. Naguib Sinarimbo, the Mindanao Humanitarian Team (MHT), and the United Nations’ Office for the Coordination of Humanitarian Affairs (UN-OCHA), spearheaded the activity at Barangay Labungan of the said municipality.

This year’s WHD theme is “The Human Race” which aims to initiate global actions against climate change while standing in solidarity with vulnerable populations around the world.

Minister Sinarimbo emphasized in his speech the importance of unity in the continuous battle against climate crisis.

“The call for a more aggressive and more impactful program to arrest deterioration and the consequent crisis that we face, as a result of many of our failures to address climate change, is really important at this stage,” said Sinarimbo.

“Moving out of the world is not an option… So it’s important that we act together as one in ensuring that this world will be sustained beyond our generation and the generations to come,” he added.

UN-OCHA Head in Mindanao Melindi B. Malang acknowledged the unceasing support they get from the Bangsamoro Government.

“We’re really happy that we have a very strong partnership with the Bangsamoro Government, at makikita nga po yan with the convergence project with the World Food Program (WFP). At hindi lang po yun, ang iba’t ibang UN agencies ay may partnership and agreement din with the BARMM government,” said Malang.

Since its launching in 2020, BARMM convergence team together with its partner beneficiary Panginam o Bangsamoro Inc. have already planted 117,000 trees to 234 hectares of land in the said barangay.

WHD was formalized by the United Nations General Assembly in 2009 to honor UN Special Representative of the Secretary-General for Iraq Sergio Vieira de Mello and the 21 aid workers who were killed in a bombing in Iraq on August 19, 2003.

Each year, WHD focuses on a theme, bringing together partners from across the humanitarian system to advocate for the survival, well-being and dignity of people affected by crises, and for the safety and security of aid workers.

This year, WHD highlights the immediate human cost of the climate crisis by pressuring world leaders to take meaningful climate action for the world’s most vulnerable people.(Bangsamoro Information Office)