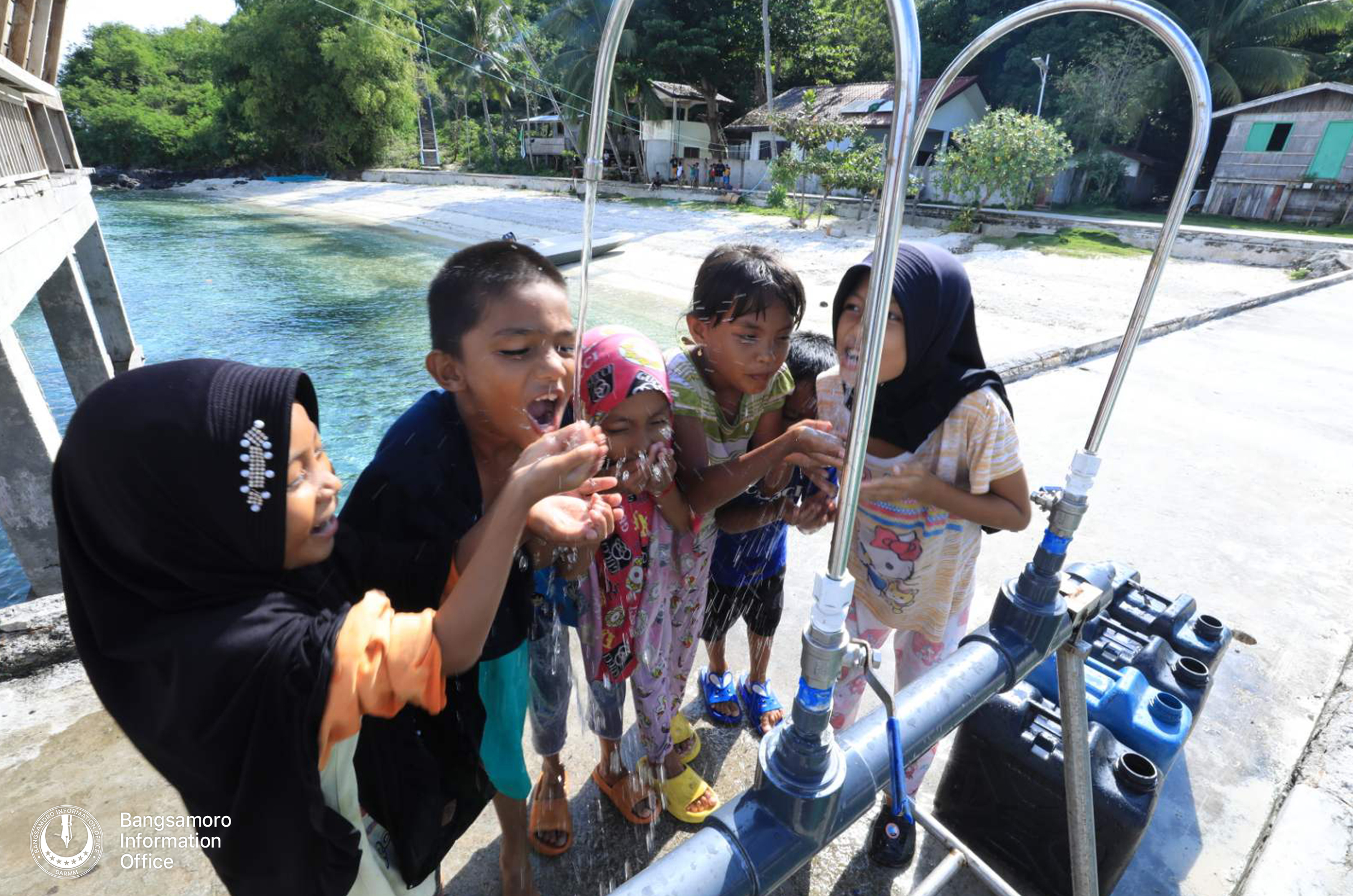 As a tropical country with several sources of water supply, access to potable water in the Philippines is abundant. However, in some of its parts, for instance in the island province of Sulu, it is not the same case. Sulu is surrounded by water but access to clean drinking water is a real conundrum.

Nearly seven years since my last visit, I had the chance to see Sulu again in June when the Ministry of the Interior and Local Government (MILG), headed by Minister Atty. Naguib Sinarimbo, held series of groundbreaking ceremonies and ocular inspection for its infrastructure projects. The ministry is intensifying the Bangsamoro Government’s presence in the island through building municipal halls, police station, and public markets, including the provision of the life-changing water desalination machine— a powerful machine that turns saltwater into safe drinking water.

According to MILG Provincial Director Eminie Kadiri, the ministry has already provided five water desalination machines to Sulu, one each for the municipalities of Pata, Panglima Tahil, Pandami, and two in Pangutaran.

To personally see the desalination project, we traveled for over an hour from mainland Jolo to Pangutaran —an island municipality that can be reached either by a barge or a speed boat with fares ranging between 300 to 400 pesos from the mainland.

We conversed with the locals of Barangay Pandukan, and I couldn’t help myself from being emotional as I listened to them.

Pandukan is an island village home to more than two thousand people. Approaching the shoreline of the island, you will be greeted by its pristine white sand with the residents’ houses along the shore. Since fishing remains their source of income, plenty of dried fish are spread across the coastal line.

Abdulmajid shared that prior to the provision of the 10k hydra water desalination machine, they needed to fetch drinking water from a nearby commercial center in Pangutaran. Transportation alone would cost them around 3 to 4 liters of gasoline for the motorized banca— the primary means of transportation in the island.

Aside from the distance, sea currents also become part of the problem. Imagine yourself running out of potable water but need to wait for the sea currents to subside before you can get one from the nearby island.

In an adjacent island barangay inhabited by over one thousand people, inaccessibility to potable water also tops their daily struggles. Barangay Suang Bunah, headed by Chairwoman Gaida Jainal, shared the same plight with the people of Pandukan.

I was in awe to learn that they rely on rain as a source of potable water. Most of the households in the island have large drums in their homes to store rainwater which they use for drinking, cooking, and washing.

While there are other pressing issues that need to be addressed in the locality, the residents were thankful to the Bangsamoro Government as the water desalination machines resolved one of their major concerns. Through the machines, people will no longer have to travel to the nearby mainland to buy potable water. What a great relief especially during Ramadhan when people spend the whole day fasting.

MILG Sulu Provincial Director Kadiri said that the Bangsamoro Government is doing its best to reach out to the far-flung islands in the region and has been proactive in resolving identified urgent needs of its people.

She emphasized that water desalination machines are just one of the immediate interventions they received from the regional government.

On a personal note, the situation in Sulu moved me to appreciate the small things we normally take for granted. There are things that we normally consider as mundane and enjoy for free but would cost millions to others. Access to potable water is a basic need and the provision of desalination machines means that the people in these municipalities no longer have to travel and wait for favorable weather conditions just to quench their thirst. It’s a spark of hope for a quality life and it is but the beginning. (Abdullah Matucan/BIO)