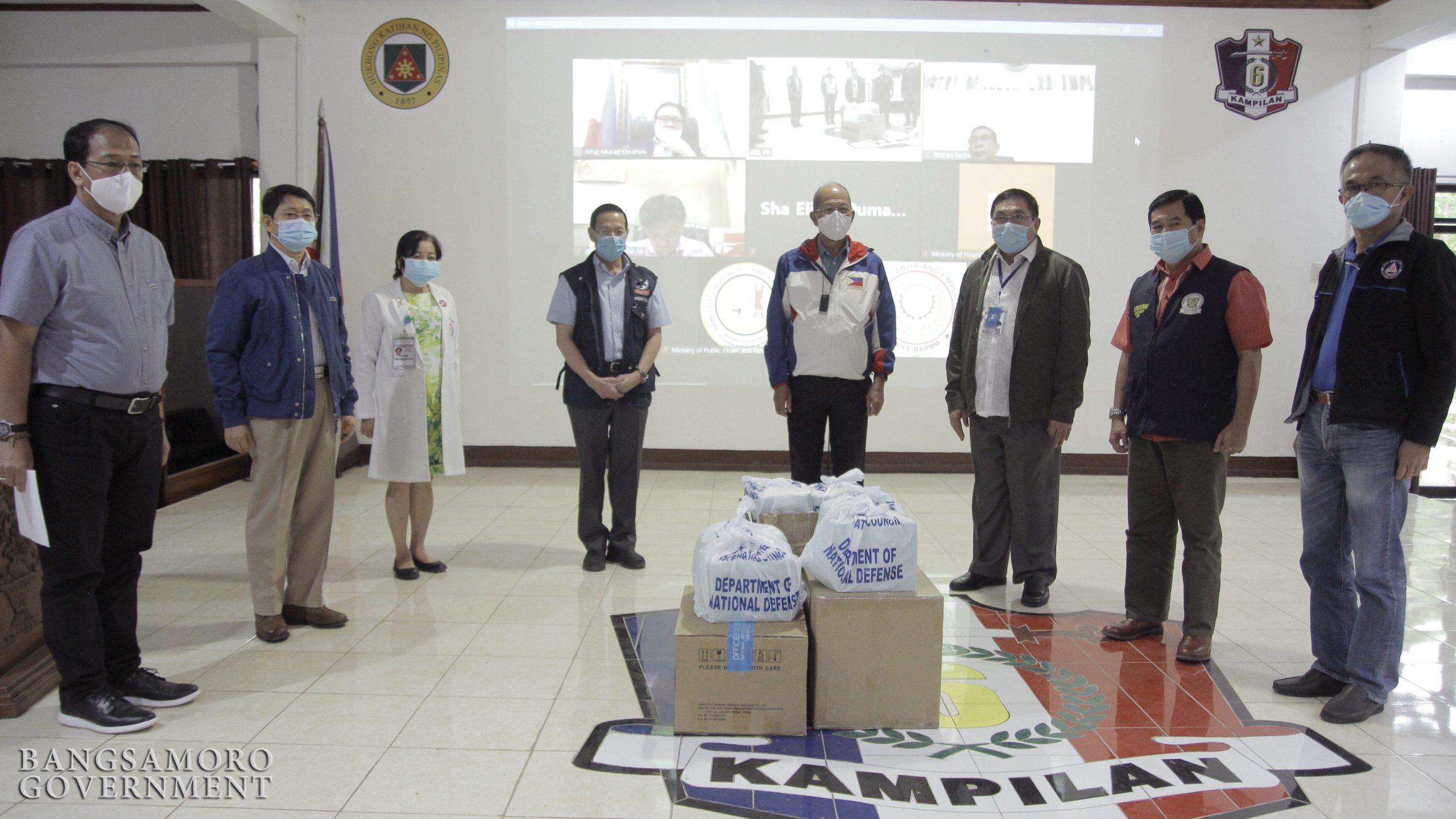 Included in the medical supplies and equipment are 1,000 pieces of KN95 face masks and 10,000 Personal Protective Equipment donated by the Department of Health (DOH).

Furthermore, the National IATF, through Secretary of National Defense Delfin Lorenzana, has procured a total of 23,000 rapid test kits for the Bangsamoro Government.

According to Delfin, these rapid test kits will be equally distributed to all the five BARMM provinces, as well as Cotabato City and the 6th Infantry Division in Datu Odin Sinsuat, Maguindanao.

Moreover, National Action Plan against Covid-19 chief implementer Secretary Carlito Galvez Jr. noted that they have coordinated with Local Government of Zamboanga City in licensing three testing facilities that can be utilized by the island provinces of Basilan, Sulu, and Tawi-Tawi.

[We will have [testing center] in Zamboanga City with more or less 1,200 to 2,000 capacity. It is intended for the three island provinces.]

He said they will develop three testing facilities “until such time they can develop in Sulu.”

As of date, Cotabato Regional and Medical Center (CRMC) is the only testing facility in BARMM and Region 12. They can test up to 72 samples daily via Gene Xpert Machine.

According to Galvez, the National IATF is also looking to provide Polymerase Chain Reaction (PCR) machines for the said hospital that can test up to 1,000 samples. (Bureau of Public Information)