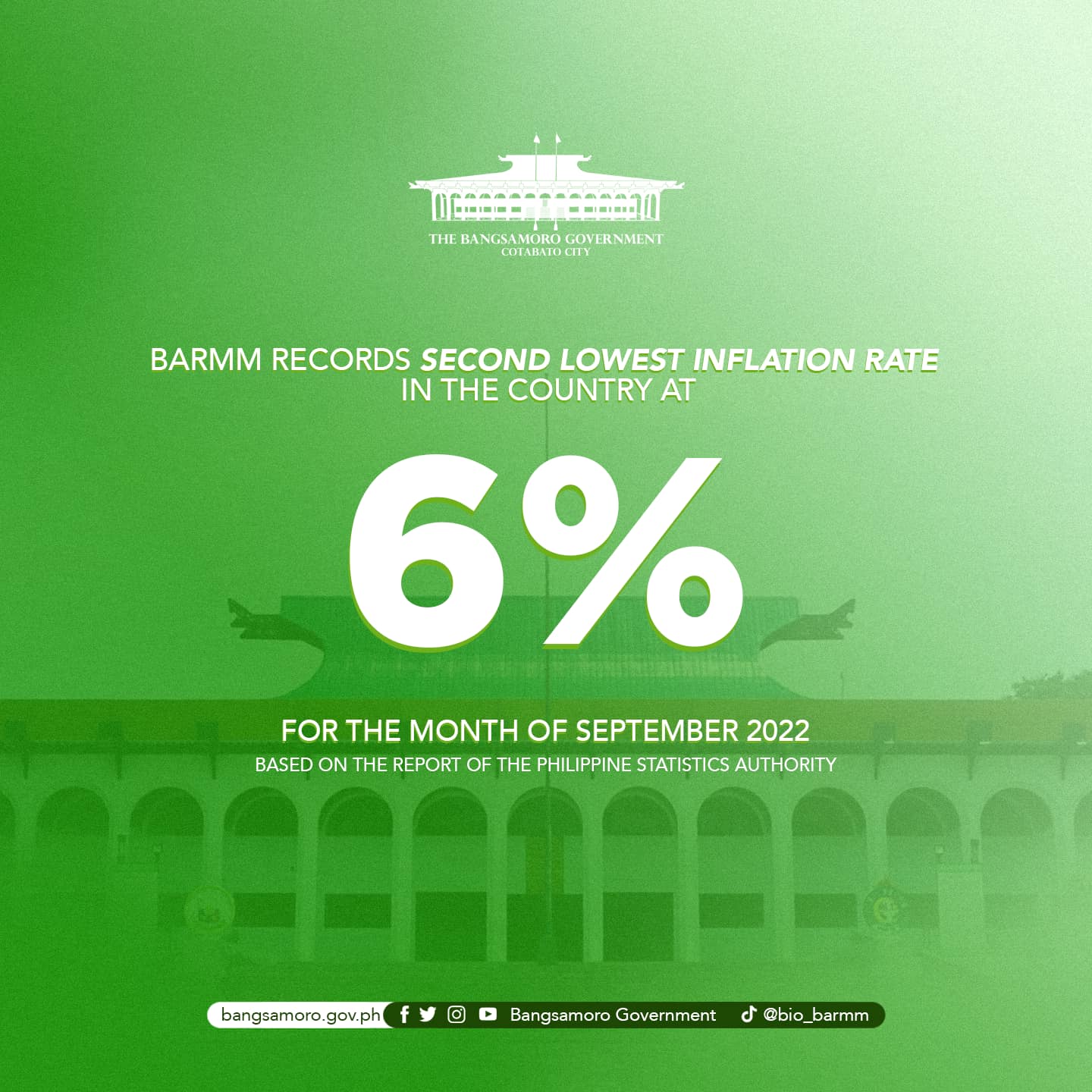 COTABATO CITY—Philippine Statistics Authority (PSA) posted Bangsamoro Autonomous Region in Muslim Mindanao (BARMM) as second lowest inflation rate among all regions in the country at 6.0 percent for the month of September 2022.

The headline inflation rate in the entire Philippines slightly rose to 6.9 percent this month from 6.3 percent compared to the previous month.

The PSA mentioned, “the acceleration of inflation in Area Outside National Capital Region (AONCR) in September 2022 was primarily due to the higher annual growths in the indices of food and non-alcoholic beverages at 7.2 percent; housing, water, electricity, gas and other fuels at 8.0 percent; and restaurants and accommodation services at 4.2 percent.”

To recall, in the successive months of July and August 2022, BARMM maintained its record as the region with lowest inflation rate in the Philippines at 3.6 percent and 4.9 percent, respectively.

Among the provinces in BARMM, Lanao Del Sur recorded the highest inflation rate at 9.2 percent followed by Tawi-Tawi at 6.6 percent, Basilan at 5.5 percent, Maguindanao at 5.1 percent, and Sulu with an inflation rate of 3.7 percent in this month.

Meanwhile, Cotabato City has the lowest inflation rate with 2.4 percent compared to the provinces in the Bangsamoro region. (Kasan Usop, Jr./BIO)