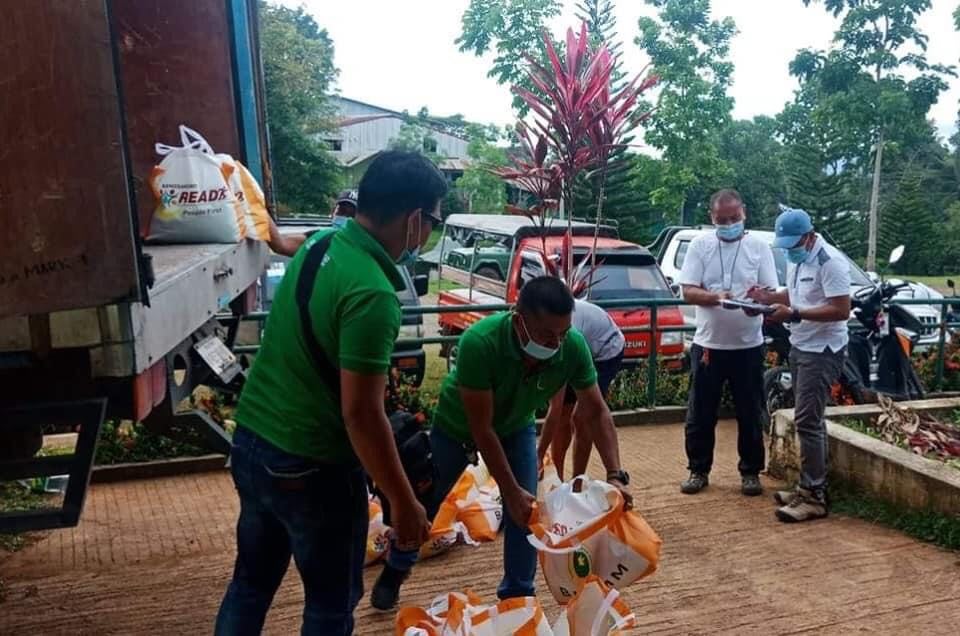 The Ministry of Interior and Local Government’s Rapid Emergency Action on Disaster Incidence (MILG-READI) sent Monday, January 4, over 600 food packs for the 599 affected families in Barangay Itaw. The goods were received by town mayor Reynalbert Insular and will be distributed to the residents tomorrow.

On December 2, 2020, unidentified armed groups harassed Brgy. Itaw causing its residents to flee their homes. Series of humanitarian interventions were then provided by the local government units, BARMM’s concerned ministries, and other humanitarian agencies.

The tension increased on December 31 when allegedly same armed groups burned rice fields and 13 houses in the village. Moreover on January 3, the groups ambushed a convoy of Mayor Insular and other LGU officials from a relief mission for the displaced residents. Three individuals were wounded and one villager slain.

MSSD earlier provided on December 11 relief goods to 310 displaced families from Brgy. Itaw. The goods contained 10 kilos of rice, a kilo of sugar, sachets of coffee, packs of noodles, canned sardines, and biscuits.  The ministry will continue the relief operation and will also provide psychosocial interventions to the families.

Meanwhile, during the 44th cabinet meeting held today, Minister Melanio Ulama of the Ministry of Indigenous Peoples’ Affairs (MIPA) said that if the root cause of the conflict is land issue involving ancestral domains, then it has to be an inter-agency effort.

With this, the Bangsamoro Government formed a special task force involving the ministries of MIPA, Public Order and Safety (MPOS), Environment, Natural Resources and Energy (MENRE), Bangsamoro Human Rights Commission (BHRC), and the Bangsamoro Attorney General’s Office (BAGO). In addition, the regional government is also closely coordinating with South Upi LGUs, Armed Forces of the Philippines, and the Philippine National Police to secure the affected areas and hold those at fault accountable. (Bangsamoro Information Office/Photo courtesy of MILG-READI)