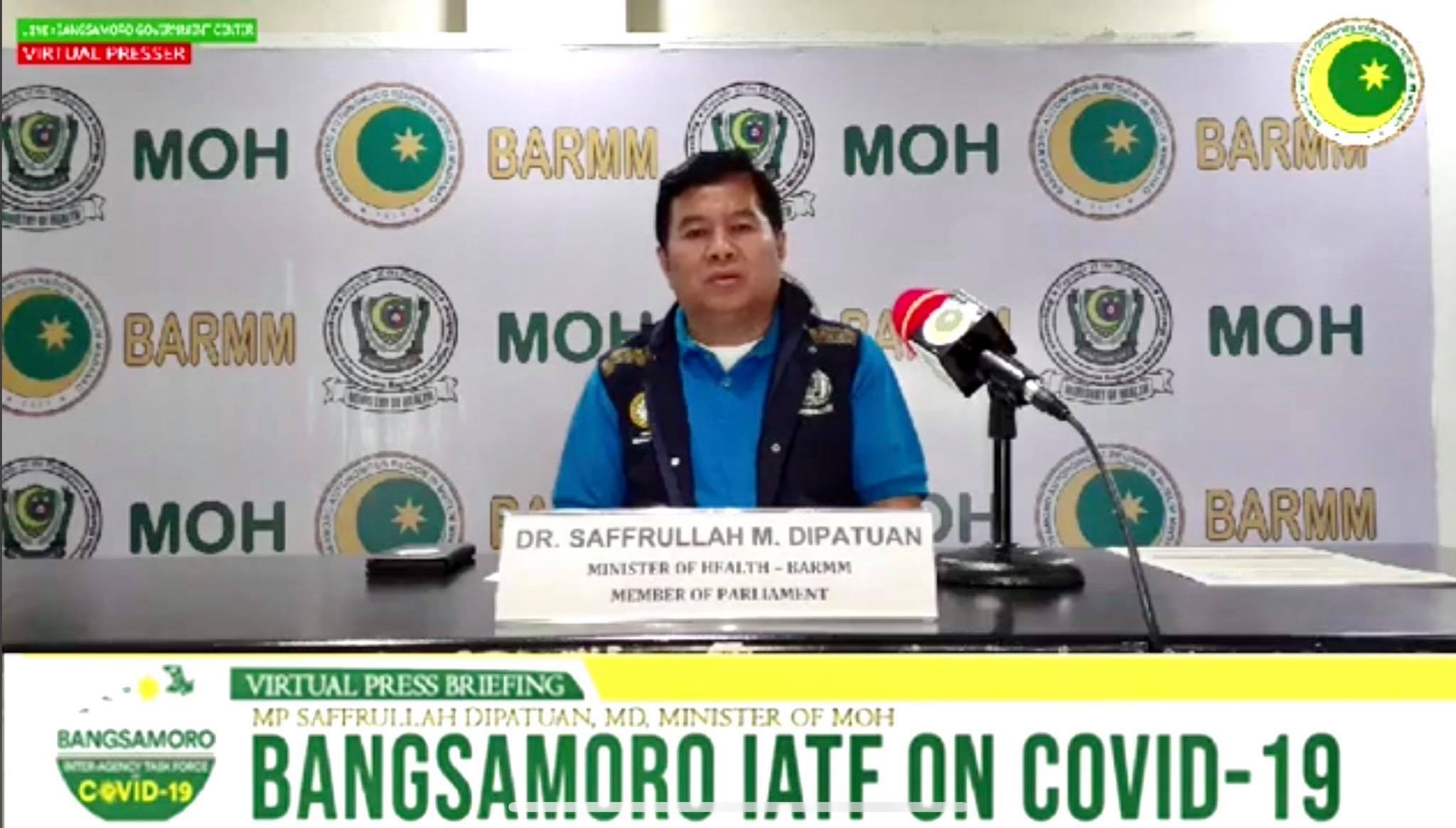 The BARMM island provinces include Basilan, Sulu and Tawi-Tawi (BaSulTa) where no confirmed positive cases of Covid-19 were registered since the onset of the pandemic on January.

Dipatuan said while the BaSulTa has a total 127 suspected cases, none were tested positive for Covid-19.

“In the whole BARMM we have recorded a total of 235 suspected cases, but only 12 of these remain to be under strict monitoring and subject for Polymerase Chain Reaction (PCR) testing,” Dipatuan said.

Recently, the two (2) PUI deaths in Sulu tested negative for Covid-19 according to the Sulu Integrated Provincial Health Office (IPHO).

“The same case with Maguindanao, not even ten (10) percent of its total number of municipalities are affected. The province has only one (1) positive and 19 suspected cases,” Dipatuan added.

However, despite these notable developments in the said BARMM areas, the Minister stressed that there is still no reason to be complacent.

Dipatuan underscored that those individuals who went to events with known Covid-19 cases, such as the Tabligh gathering in Malaysia and Araw ng Dabaw six-cock derby in Davao City, should not be afraid to seek help from the authorities.

Meanwhile, Minister Dipatuan acknowledged the efforts of the members of Bangsamoro Inter-Agency Task Force (BARMM-IATF) in containing and preventing the further spread of the virus.

The change in number has been a positive fortification on the region’s IATF, which continuously executes its responsibilities, including relief good operations throughout its area of responsibility.

To date, a total of nine (9) Covid-19 confirmed cases are recorded in the autonomous region—eight (8) from the province of Lanao del Sur, and only one (1) from Maguindanao.

Of these, one (1) is admitted to the hospital, one (1) under home quarantine, four (4) recovered, and three (3) succumbed to the said virus. (Bureau of Public Information)