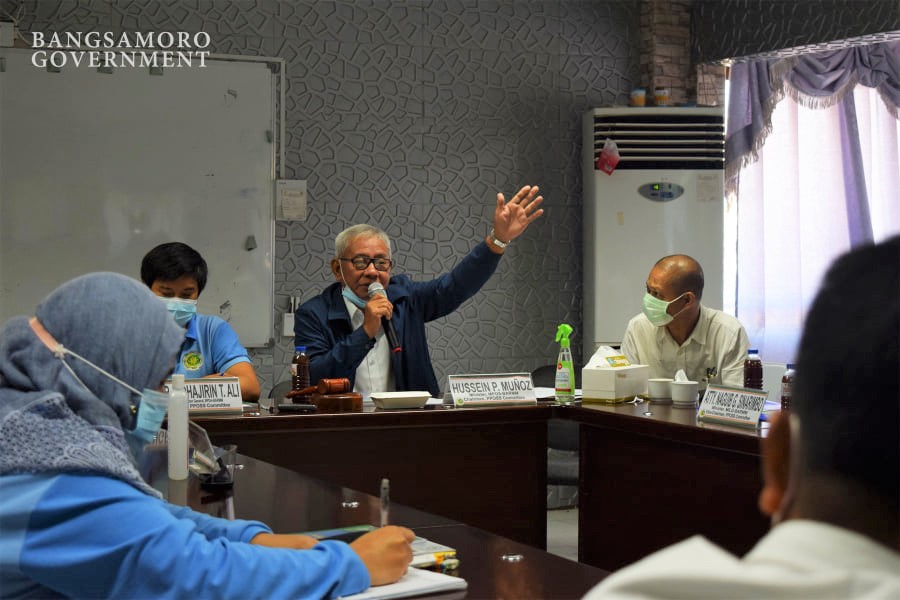 COTABATO CITY — To discuss the status of peace and security measures in the Bangsamoro region, the Peace, Public Order, Safety and Security Committee (PPOSSCom) under the Bangsamoro Economic Development Council (BEDC), held Wednesday, Nov. 18, its second regular meeting in the city.

Committee chair Hussien P. Muñoz, who presided over the meeting, said the members of the committee is under full cooperation in ensuring the peace and security in the Bangsamoro.

Muñoz is also the minster of the BARMM’s Ministry of Public Order and Safety (MPOS).

PRO-BAR presented their security and threat assessments in the region, as well as their accomplishments on anti-illegal drugs, illegal gambling, and implementation of existing local ordinances.

It was also mentioned that since the deployment of 354 Regional Mobile Force Battalion (RMFB)-14 personnel to the Cotabato City Police Office on October 25, 2020, it resulted to zero crime rate in the city until November 6.

Meanwhile, the AFP WestMinCom presented reports on their operations on Community Support Program on Preventing and Countering Violent Extremism (CSP-PCVE), public protection and legal action, and law enforcement operations, among others.

Included also in the discussions are the activities and programs set to be conducted by the MPOS relative to the Bangsamoro Transition Authority (BTA) approved Resolution No. 62 entitled “Resolution requiring all ministries and offices, including schools, to initiate and develop comprehensive policies, programs, and activities every March 18 in commemoration of the anniversary of the Jabidah Massacre as one of the Transitional Justice Mechanism.”

MPOS will conduct a one-day program on the commemoration of Jabidah Massacre to raise awareness in the Bangsamoro communities on the historical injustices and human rights violations. It will also hold a week of peace program wherein series of learning sessions and study tour on transitional justice in the Bangsamoro will be conducted.

During the meeting, the Ministry of Interior and Local Government (MILG) also discussed the constituting of a regional Peace and Order Council, which is the “government’s platform for stronger collaboration between LGUs, law enforcement and community, to fight criminality, illegal drugs, insurgency and violent extremism creating an enabling environment amongst its members to harmonize and effectively implement peace, order and public safety.” (Bureau of Public Information)