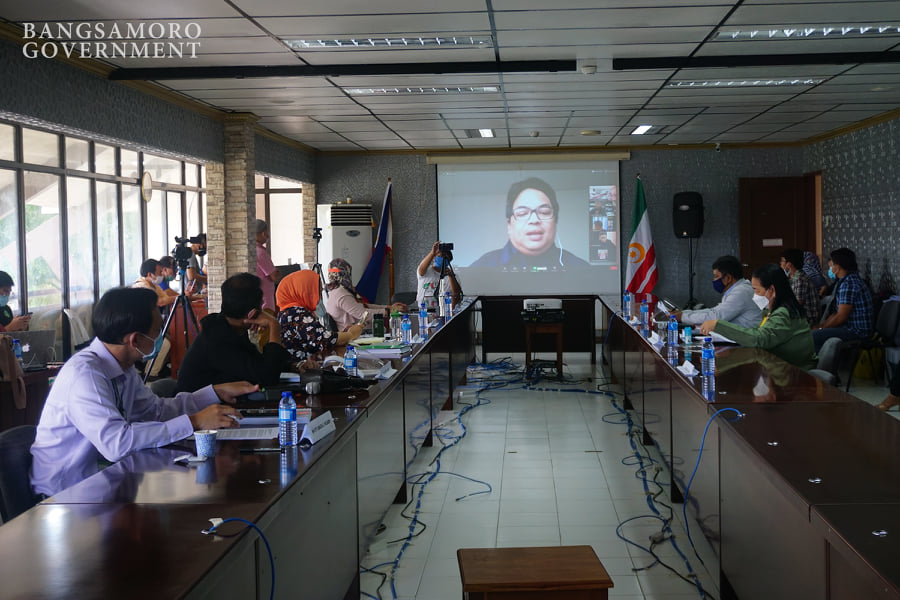 Cotabato City (August 17, 2020) – According to experts, the Bangsamoro Administrative Code shows potential as it clarified the relationship of different entities in the Bangsamoro Autonomous Region in Muslim Mindanao (BARMM) following the parliamentary structure of government.

During a series of consultations conducted by a panel, constituted by the Bangsamoro Transition Authority’s Committee on Rules, selected law and governance experts were invited this Monday, August 17, to discuss their opinions and positions regarding the Cabinet Bill No. 60, filed in the plenary late July.

Atty. Michael Henry Yusingco, a Senior Research fellow at the Ateneo School of Governance, suggested stringency in following the parliament system of government, as mandated by the Bangsamoro Organic Law.

“As a rule, it should not simply repeat the provisions of the BOL, but it certainly cannot go beyond the spirit and letter of the organic law,” he stated. “The code must exhibit specific mechanisms and principles mandated by the BOL.”

Furthermore, Yusingco stressed the separation of powers and system of responsible government between the Government of the Day and the Bangsamoro parliament. He then provided examples from different countries that follow the parliamentary structure.

Meanwhile, Atty. Randolph Parcasio, the Chief-of-Staff of Member of Parliament (MP) Al-Syed Sali and an instrument in drafting the former Autonomous Region in Muslim Mindanao’s (ARMM) Administrative Code, focused on services in the Bangsamoro Government, including the functions and structure of the different ministries.

“These are necessary for more effective delivery of services,” he said, citing examples on the local government, health, and social services sector.

Moreover, Maricris Valte, former Senior Project Officer at the Development Academy of the Philippines (DAP), stepped on the distinction between the executive and legislative branches of the Bangsamoro Government.

She also lauded the articulation of the mandates, functions, authorities, and procedures of the governing bodies of the Bangsamoro Government, as stated in the draft code.

“We should treat this code as the core document,” Valte said, while noting the importance of providing more details on government functions, including the framework and mechanisms of the Bangsamoro Government.

Such suggestions were echoed by MPs Atty. Maisara Latiph, Atty. Nabil Tan, and Atty. Jose Lorena. “This is to ensure all the elements of a parliamentary government is incorporated in the Bangsamoro Administrative Code,” Latiph stressed.

A committee report will be presented to the plenary during the second stage of the bill, after the panel submits their findings to the Committee on Rules. The panel will conduct two more consultations with the provincial and municipal offices of the ministries and the public sector on Wednesday August 19, and Friday, August 21, respectively. (Bureau of Public Information)