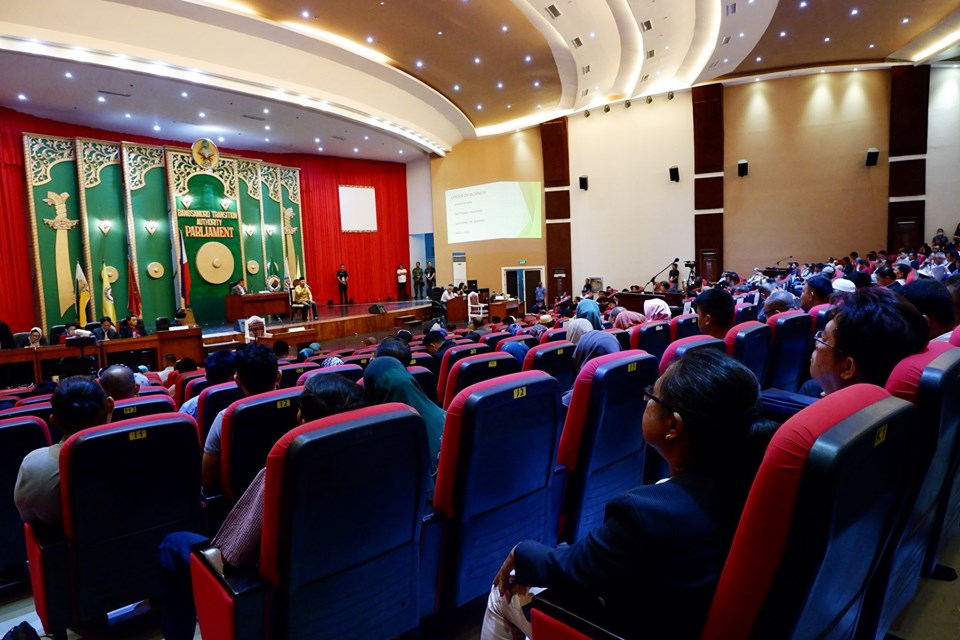 Cotabato City (January 31, 2020)—The Bangsamoro Transition Authority (BTA) has adopted the Resolution No. 186, urging the concerned agencies and Local Government Units (LGUs) of the Bangsamoro Government “to adopt and implement measures to prevent the entry of the 2019 Novel Coronavirus in the areas Bangsamoro Region” on Friday, January 31.

The resolution was adopted during the 30th session of the BTA’s first regular session held in Cotabato City.

MP Adiong said in a statement on Friday’s session, “the resolution was adopted to mobilize concerned ministries and LGUs within BARMM to formulate preventive measures in order to protect our constituents from the reach of this epidemic”.

Section 22, Article IX of Republic Act 11054, or the Bangsamoro Organic Law, states that the Bangsamoro Government is mandated “to protect and promote the right to health of the people and instill health consciousness among them as well as uphold the people’s right to have access to essential goods, health, and other social services the promote their well-being.”

“The Bangsamoro Transition Authority Parliament is fully aware of the threat of 2019-nCov on the safety of our public,” Adiong noted.

Relative to the resolution, the Ministry of Interior and Local Government (MILG) has released a memorandum order on January 31, directing all the LGUs in the region to take all measures necessary to prevent the entry and/or spread of the virus in the Bangsamoro.

Furthermore, the Ministry of Health (MOH) and Ministry of Education (MBHTE) will “conduct a public awareness campaign” regarding the said virus.

The Novel Coronavirus or 2019-nCov is an acute respiratory decease that was first detected on December 31, 2019 in Wuhan, China. Aside from China, the virus has spread in other parts of the globe. Sixteen other countries have confirmed cases of the 2019-nCoV.

According to a report from World Health Organization (WHO), there are 7,783 confirmed cases of 2019-nCov as of January 30, 2020, wherein the majority came from mainland China. It was also reported that at least 170 people have died caused by the virus.

As of writing, the DOH reported thrirty-one (31) patients under investigation (PUIs). Twenty-three (23) of these are now admitted and isolated, six (6) PUIs were already discharged but strictly monitored, one (1) confirmed case, and one (1) PUI mortality.

Because of this global situation, the WHO declared today, January 31, the 2019-nCoV as “public health emergency of international concern”.

In line with this declaration, the public is advised to be more vigilant, observe proper hygiene, strengthen immune system by eating healthy foods, drink plenty of water, and avoid crowded places. (Bureau of Public Information)