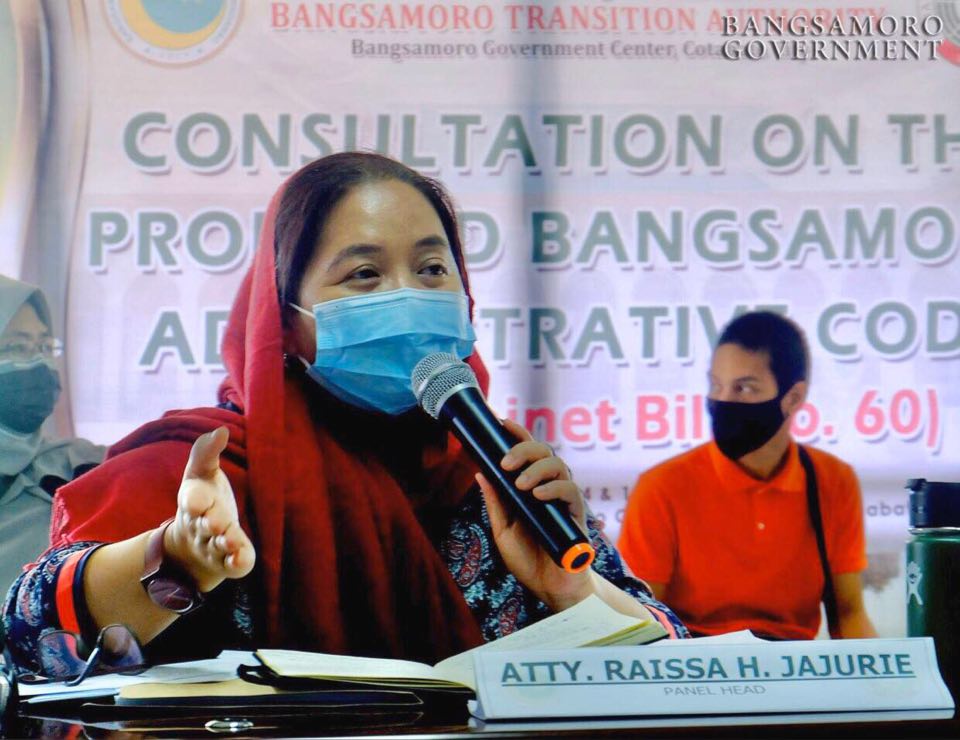 Cotabato City (August 14, 2020)—The Bangsamoro Transition Authority (BTA) is documenting the insights of various Bangsamoro Government entities on the proposed Bangsamoro Administrative Code through a three-part series of public consultations.

The consultation was initially held this Friday, August 14, and will continue on Monday, August 17, at the Bangsamoro Government Center (BGC), in Cotabato City.

On August 3, the Committee on Rules (the main body deliberating the said code), tasked Member of Parliament (MP) Atty. Raissa Jajurie to chair a panel in facilitating public consultations to identify the position, concerns, and proposals on the administrative code with BARMM Local Government Units (LGUs), Bangsamoro Cabinet, and some experts as resource persons.

“The panel will submit the points raised by them and so we can capture the updates from our resource persons. We welcome their comprehensive position papers and suggestions for consideration,” Jajurie explained.

Some of the concerns raised by LGU officers include functions and powers of provincial offices, engagement on the provincial level in terms of performance and services, as stated in the administrative code draft. Each LGU may opt to submit their position paper to the panel.

Meanwhile, the panel members approved a motion by MP Atty. Maisara Latiph to require the BARMM ministries to send their position papers regarding the proposed administrative code.

Bangsamoro Government’s Attorney General Atty. Sha Elija Dumama-Alba also presented the highlights and provisions included in the Bangsamoro Administrative Code during the said consultation, including the structure of the offices, commissions, and ministries.

A committee report will be presented to the plenary during the second stage of the bill, after the panel submits their findings to the Committee on Rules.

Meanwhile, the panel will conduct more public consultations with other resource persons, if necessary. (Bureau of Public Information)