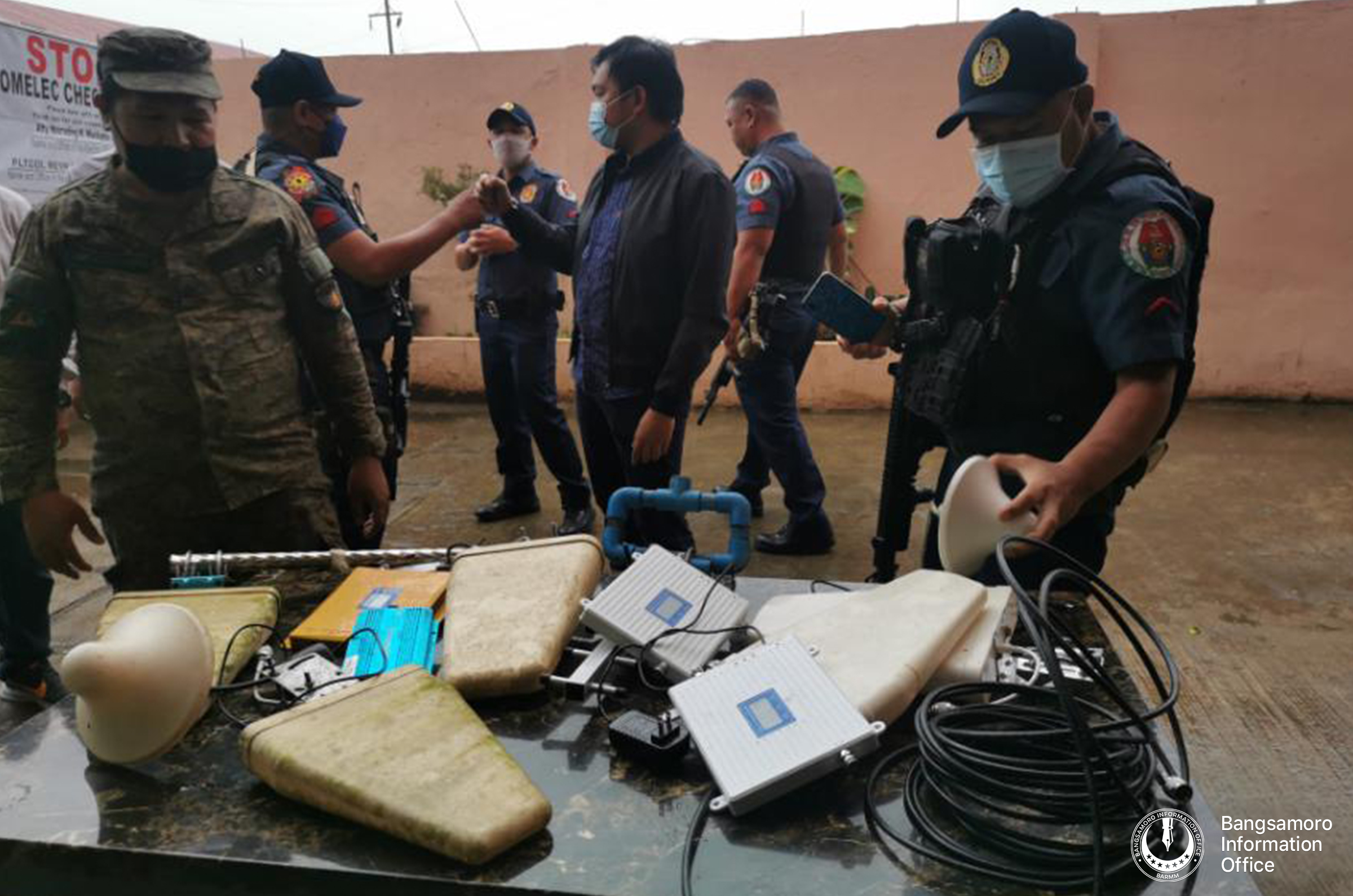 BTC Commissioner Muhammad Ameen Abbas led the initial operation and information campaign against the use of these banned devices which began February 9 in this city.

This is pursuant to National Telecommunications Commission’s Memorandum Order No. 01-02-2013 which prohibits the use of such devices that affect the services of major telecommunications provider in the country.

The Commissioner also appealed to the Bangsamoro constituents to work together to solve the communications problem caused by illegal boosters.

Resident Ali Datuulama expressed his gratitude to the Bangsamoro Government’s response to the problem as it affects the majority, especially the students having their online classes.

Having weak or continuous loss of internet connection is a major problem not only to students attending virtual classes but also to other residents in need of communications services especially during emergency situations.

The Philippine National Police and the Philippine Army gave their commitment to continue eliminating the prohibited devices because it also affects their operations.

Staff Sergeant Gambae Palawan explained that even PNP’s online transactions such as issuance of police clearance is affected by this dilemma.