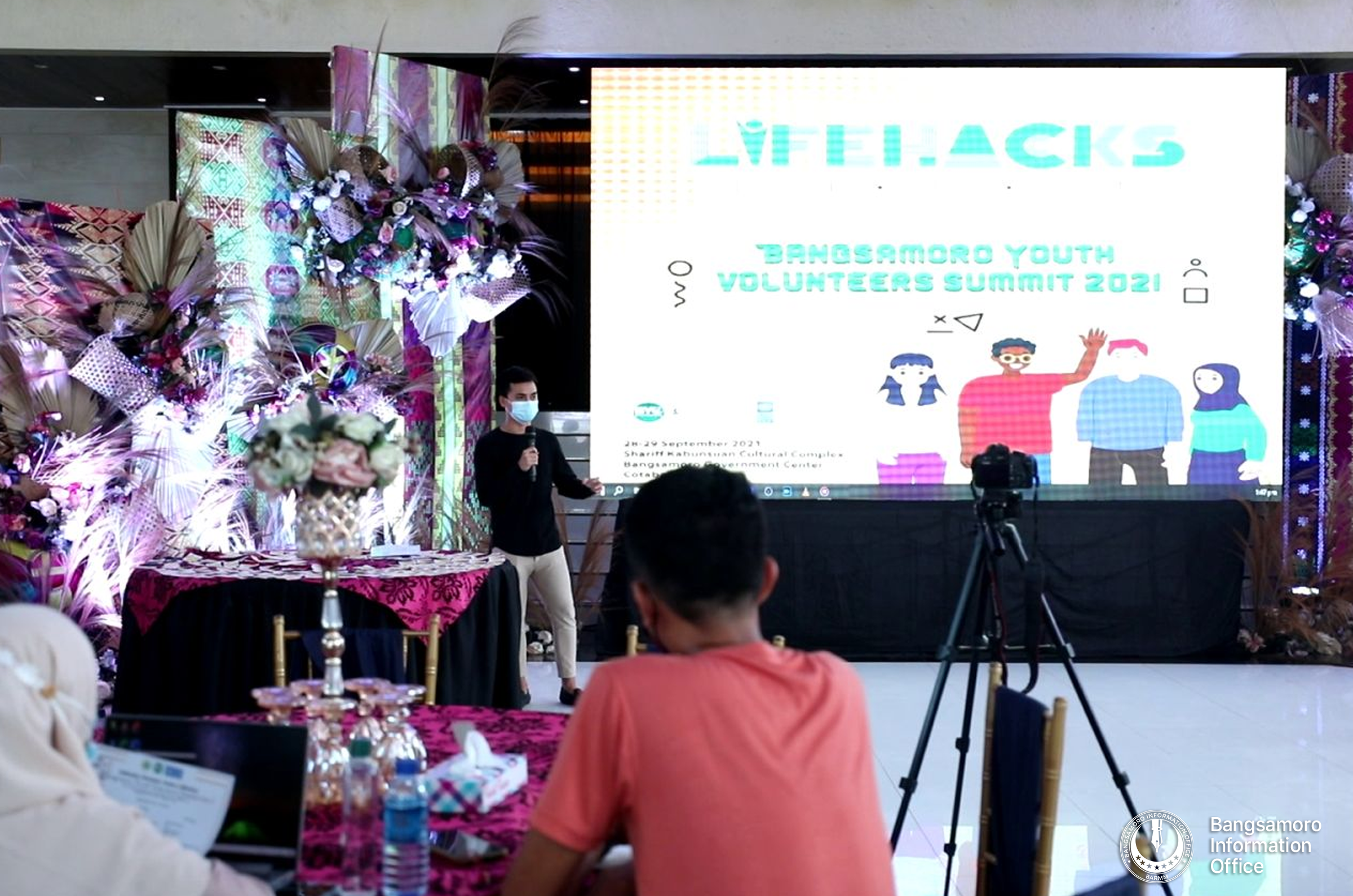 COTABATO CITY — 100 youth volunteers from different organizations across the region participated in the first ever Bangsamoro Youth Volunteers Summit held Sept. 28-29 in this city.

Bangsamoro Youth Commission spearheaded the two-day activity in partnership with the United Nations Development Programme and the Norwegian Embassy in Manila.

Dubbed “Lifehacks: Volunteer, Inspire, and Influence,” the summit aimed to highlight outstanding youth volunteers’ experience through panel discussions and networking, and to inspire the youth by promoting the act of volunteerism and civic engagement initiatives.

It also sought to create a space for young people to share ideas on crafting positive solutions that corresponds to the challenges of Bangsamoro communities.

The participants were engaged in workshops and discussions on the Bangsamoro Youth Transition Priority Agenda and the Regional Action Plan on Youth, Peace, and Security (RAP-YPS).

“Malaki ang role ng mga kabataan even beyond the transition period. At importante na tayong mga kabataan ang nangunguna in protecting and strengthening the gains of the peace process,” he added.

Youth volunteer Saidamen Derico, 20, representing Dago-ok Sindaw Kalumbayan organization from Municipality of Taraka in Lanao del Sur said that the activity will help their organization in promoting peace and security in their province.

BYC is the primary policy-making and coordinating body of the Bangsamoro Government in all matters affecting the youth.

In his speech, BYC Chairperson Marjanie Mimbantas Macasalong encouraged the youth to strengthen their volunteerism spirit and apply the learning they acquired in the summit to their respective communities.

“In the BYC, the first thing that we did is work on youth concerns in general so that is why we really (conduct) our programs on a yearly basis,” Macasalong said, adding that among the priority programs of the Commission is to empower youth through volunteerism. (Bangsamoro Information Office)