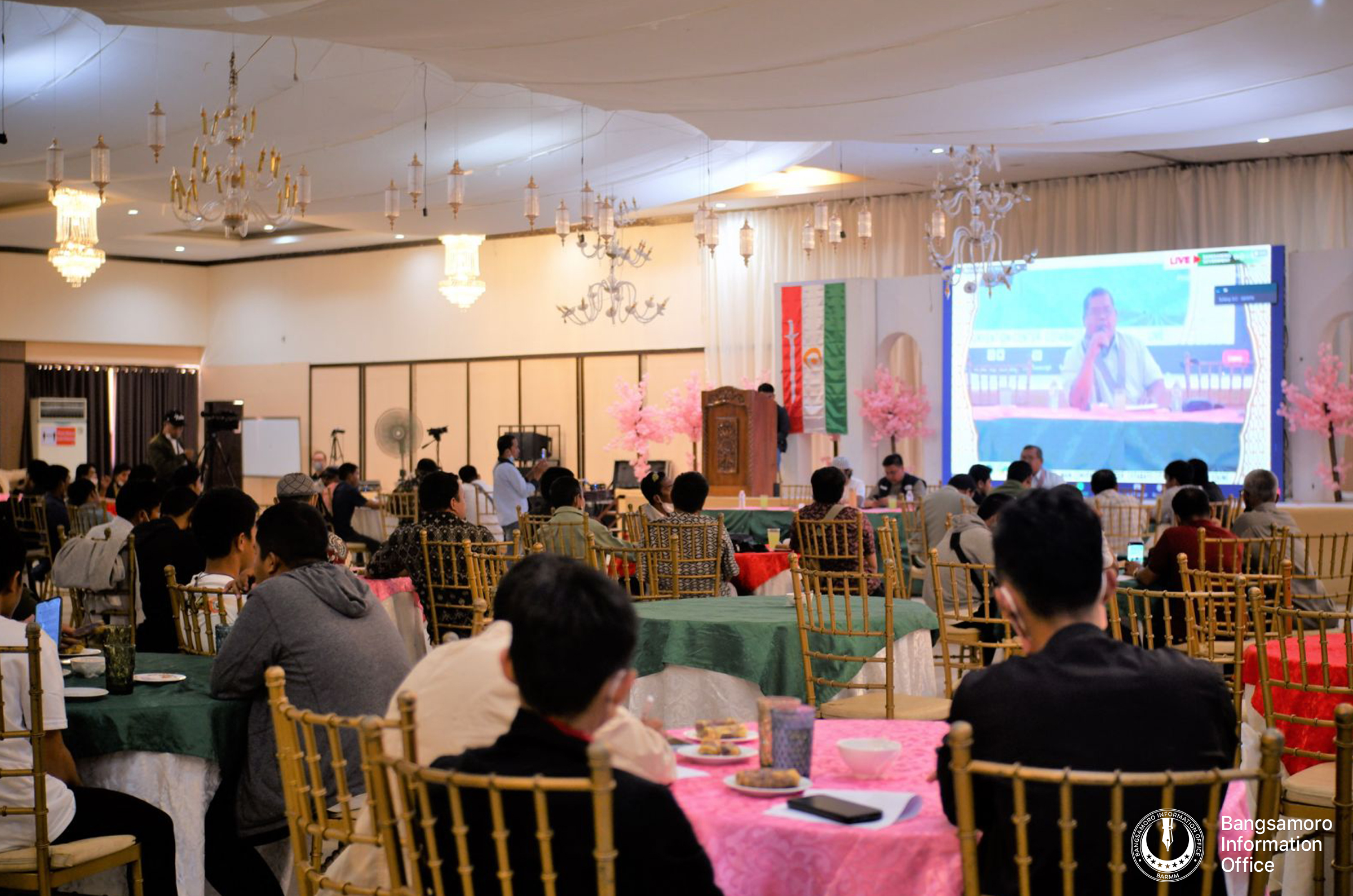 COTABATO CITY — Around 200 young ‘ulamā or Muslim scholars from Maguindanao, Cotabato City and the Special Geographic Areas (SGA) convened in the third conference held here by the Bangsamoro Youth Commission (BYC) on May 26.

BYC Chairperson Marjanie Macasalong said the conference was vital in uniting and inspiring the young ‘ulamā to support the Bangsamoro Government’s advocacy of Moral Governance.

Macasalong emphasized that Islamic scholars’ guidance on the young generation is important since the youth are the “pillars of the Bangsamoro Government.”

Carrying the theme “Our Ulama: Our Guidance and Councils,” the conference was held in partnership with Hay-ato Ulama El-Muslimina Bil-Filibbin, Inc., Bangsamoro Darul-Ifta, and the Union of Muslim Youth Organizations (UMYO).

During the activity, Bangsamoro Deputy Mufti Sheikh Abdulrauf Guialani discussed the definition and qualities of an ideal Muslim leader. He stressed that a successful Muslim leader should possess the qualities of being unselfish, brave, open-minded, and well-organized in every aspect.

Sheikh Dr. Muhammad Nadheer Ebil, an official of Hay-ato Ulama El-Muslimina Bil-Filibbin, Inc., presented the comprehensive road map of Moral Governance, from the efforts undertaken during its conceptualization to its actual implementation.

A similar conference for young ‘ālimāt or Muslim women scholars was also held on May 27 in Cotabato City.

The Young ‘Ulamā Conference is an annual flagship program of BYC and its partner organizations. Its first and second episodes were held in Cotabato City in 2020 and in Sulu in 2021, respectively. (Majid Nur/BIO)