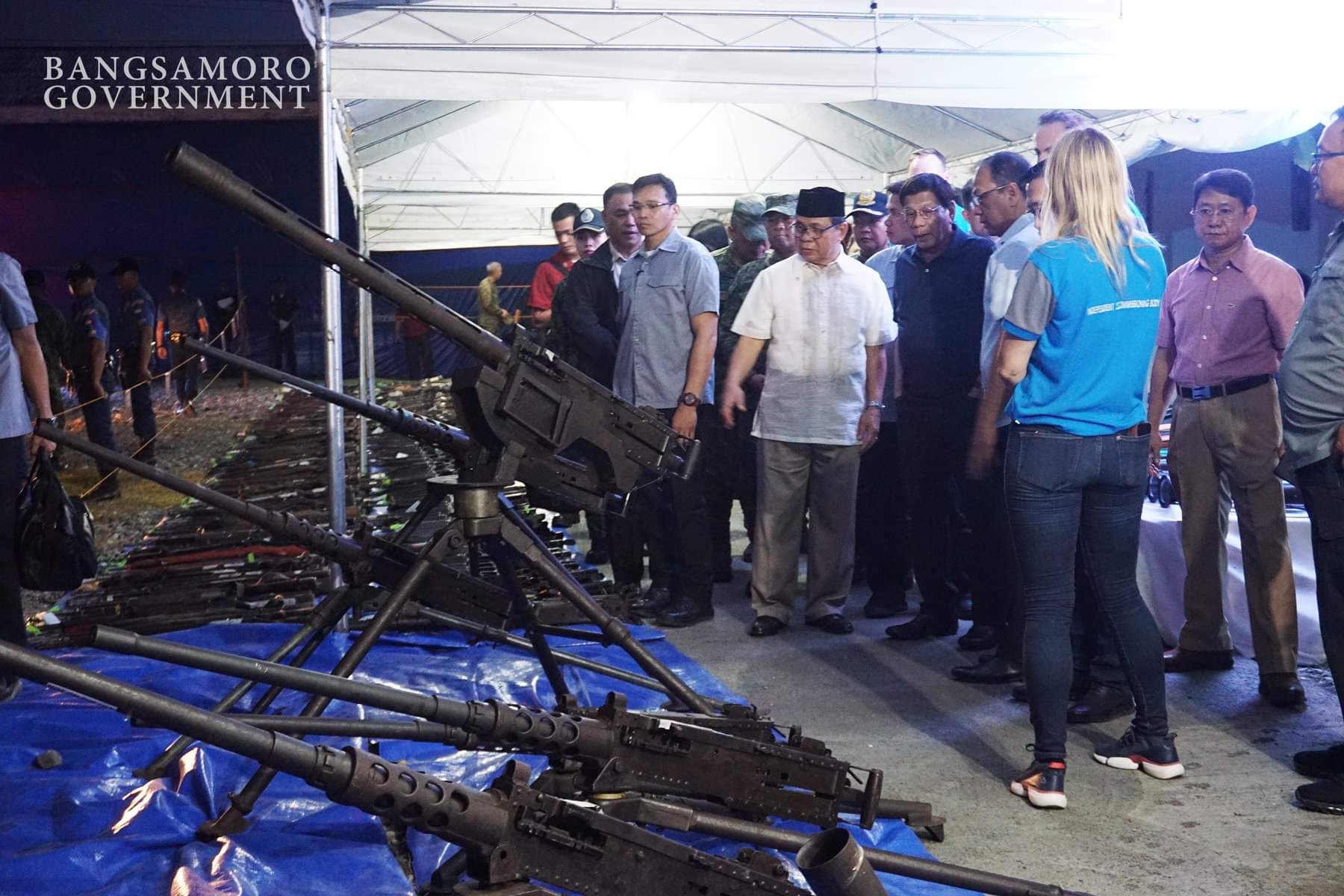 Duterte on Saturday, September 7, led the second phase of the decommissioning of the MILF-Bangsamoro Islamic Armed Forces (BIAF) combatants and weapons at the Old Capitol in Sultan Kudarat, Maguindanao.

Each of the decommissioned combatants will receive from the government a socio-economic package amounting to an estimated value of one million pesos. This includes 100,000 pesos cash, health benefits, scholarships for their children, housing and livelihood projects, trainings and capacity buildings, and others.

“I hope that they will be inspired to take this opportunity to improve their lives and create a better future for their families and loved ones,” Duterte said.

“We extend our heartfelt thanks to our comrades in the Bangsamoro Islamic Armed Forces for their unwavering support for the newly established Bangsamoro Government, and for their willingness to give peace a chance,” he added.

Ebrahim said this ‘new chapter’ for the combatants can be challenging as for years, their trainings have been grounded on the armed struggle.

“But now our brave combatants will face a significantly different form of struggle: to transform the norms to civilian lives and embrace a new mindset that instead of going to the field for conflict, we will now go to the field to harvest our crops; that instead of carrying firearms, we will now carry tools for work and education; that instead of thinking about a possible encounter the next day, we can now think of opportunities that awaits us, our children and to those who will follow,” said Ebrahim.

Promises of the Government

Limgas said she has been fighting for the cause of Allah (Jihad) since 1969, when she was still 16 years old.