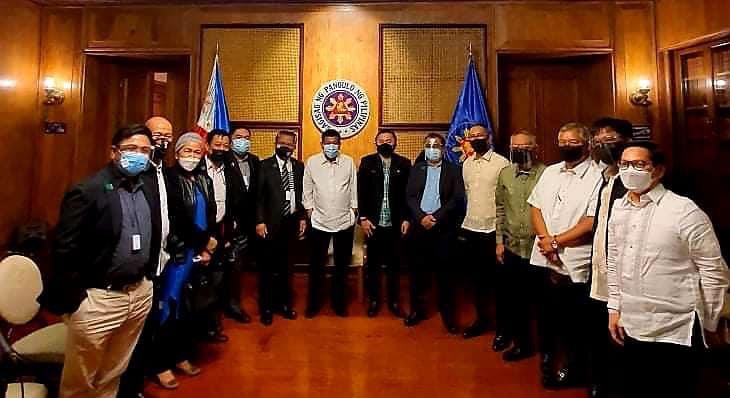 The law—Republic Act No. 11593–is a consolidation of Senate Bill 2214 and House Bill 10121. Under the law, the first parliamentary elections in the Bangsamoro region shall be held and synchronized with the 2025 national elections.

Bangsamoro Attorney General Sha Elijah Dumama-Alba clarified that only the regional parliamentary elections are being postponed in May 2022 while the local elections for governors, mayors, councilors, and the national elections will continue.

“There will be a change in the composition of appointed BTA members. Under Section 2 of RA No. 11593, the current President will appoint another set of 80 BTA members but still, it shall be Moro Islamic Liberation Front (MILF)-led, ” Dumama-Alba emphasized.

“We don’t want to cause confusion, and we are looking at the possibility of continuation. There is nothing prohibiting the President from appointing those who are still sitting at the moment except, of course, if they file a Certificate of Candidacy and win,” she said.

With this milestone, BARMM Chief Minister Ahod B. Ebrahim extended his warmest gratitude to President Duterte for signing and approving the BTA extension.

“The call towards extending the transition period speaks the collective desire of the Bangsamoro people in making sure that we have a strong regional bureaucracy that can address our decades-long challenges and make sure that a brighter future awaits them — free from corruption, from manipulation and from any ills of government,” he added.

The Chief Minister reiterated that this extension “was and will never be about power”, and that the Bangsamoro Government’s establishment and triumph is for the whole of Bangsamoro.

Furthermore, Ebrahim also acknowledged and thanked the autonomous government’s partners and allies, including the political leaders, civil society organizations, and every Bangsamoro, “who continue to believe in the spirit of their struggle.”

It can be recalled that series of street caravans, campaigns, and support to the call for extension period from different sectors across the country snowballed since the Mindanao People’s Caucus (MPC)—a peace advocacy group— conducted a midterm review on the Bangsamoro transition period and recommended the extension of the transition period to three more years.

“It’s time to move forward; it’s time to set aside our differences; it’s time to help one another in transforming the Bangsamoro,” Ebrahim concluded. (Bangsamoro Information Office)