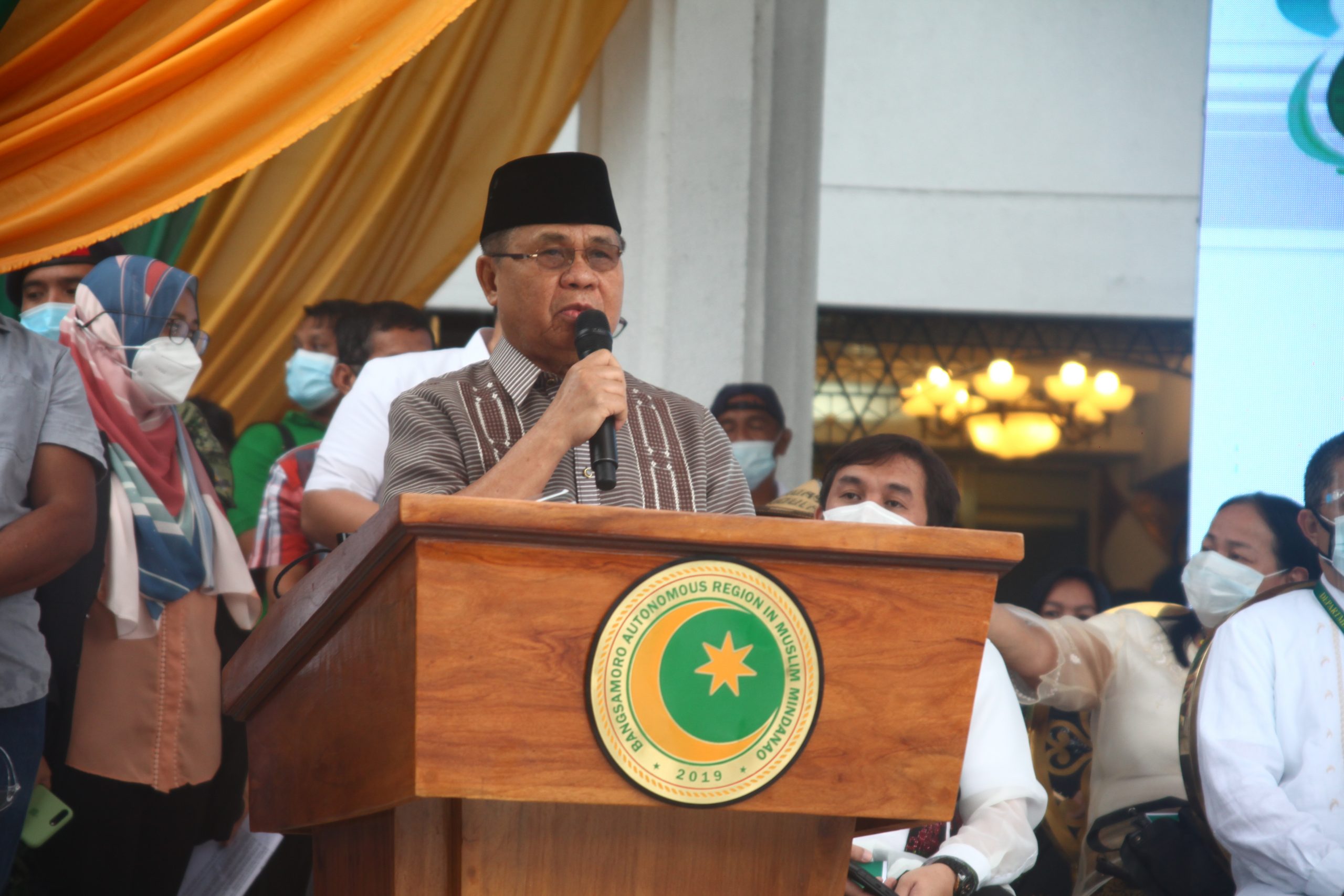 COTABATO CITY – For Bangsamoro Chief Minister Ahod Ebrahim, the passage of the Bangsamoro transition extension bills in the House of Representatives (HoR) and the Senate proves that the rest of the country wants the Bangsamoro Autonomous Region in Muslim Mindanao (BARMM) to succeed.

“We cannot let them down, and more importantly we cannot let our people down,” Ebrahim said during his 11th address before the members of the Bangsamoro Transition Authority (BTA) on Thursday, Sept. 23.

With the issue on extension finally settled, Ebrahim said it is time move forward and time to bring one agenda clear: “We are Bangsamoro first. Isantabi na ang politika, Bangsamoro muna,” he said.

The Chief Minister said the extended transition period does not mean complacency for the Bangsamoro Govenment. “Instead, we should double time to assure more programs, projects and policies come into light. This is arguably the most crucial stage of our journey to peace and development in our homeland,” Ebrahim said.

In his speech, Ebrahim thanked President Rodrigo Duterte for proving once again that he is ‘a son of Mindanao and a Moro by heart’.

“We are forever grateful to you and your colleagues in the Senate for making this process easy and for your shared vision that a progressive Bangsamoro will eventually result into a more progressive Philippines,” Ebrahim said.

“And of course, to our Congressman Esmael TotoMangudadatu – thank you for leading the fight in the Lower House. It is through his commitment along with the support of Majority Floor Leader Representative Martin Romualdez and House Speaker Lord Allan Velasco that the same measure won an overwhelming 187 yes votes with no abstention and no opposition,” he added.

On Wednesday, Sept. 22, Ebrahim said the Bicameral Conference Committee met to iron out the two versions of the extension bill passed by the HoR and the Senate. The HoR ratified the said bicam report and the same is expected for the Senate. (Bangsamoro Information Office)