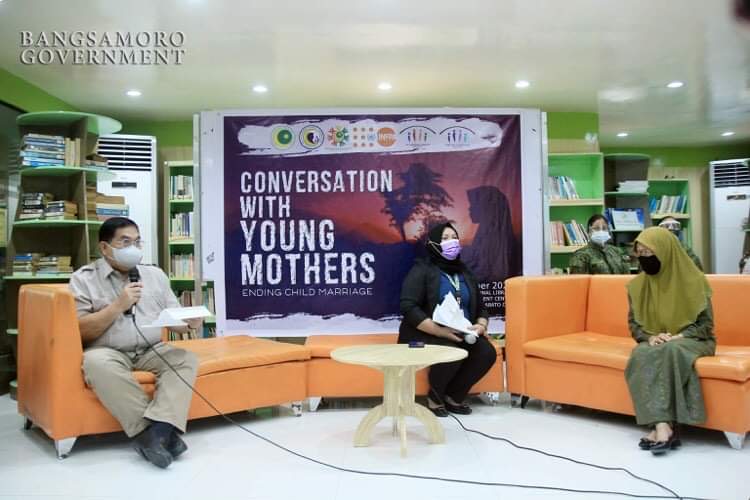 Seven (7) young mothers from Maguindanao and Lanao del Sur participated in the conversation as part of the commemoration of the International Day of the Girl.

Karon, who is also a Member of Parliament (MP), said the activity “aims to advance the welfare of young girls in the region.”

She noted that the advocacy on ending child marriage in the region was provided in the draft gender and development (GAD) code of the Bangsamoro Autonomous Region in Muslim Mindanao (BARMM), noting that “the draft code is already on its final stage.”

“We already filed the resolution of the Bangsamoro parliament entitled, ‘Resolution recognizing the International day of the Girl /Child and supporting the advancement of girls’ rights in the BARMM’,” she added.

One of the young mothers from Maguindanao, Sariya, 26, was forced by her parents to marry at the age of 15.

According to her, it is not easy to be a young mother, especially when you are not physically and emotionally prepared.

With this experience, Sariya encouraged the youth to focus with their education first and secure a stable job, as much as possible, before entering married life.

According United Nations Population Fund
(UNFPA), early marriage undermines child rights and derails future opportunities. Other consequences may include physical and mental abuses, and health risks for both mother and child.

MP Karon Chief-of-Staff Helen Rojas said, “at the end of the conversation, key points will be identified as the basis for the crafting of a policy on child early and forced marriage (CEFM) in the Bangsamoro region.”

Meanwhile, BARMM executive secretary Abdulraof Macacua said the Bangsamoro Government reaffirms its commitment to promote the welfare of young girls, and ensuring that they are protected at all times, especially in this trying times of pandemic.

“As we transition towards change, we should also be preparing the future leaders of the Bangsamoro,” Macacua added.

Friday’s activity was in partnership with Ministry of Social Services anf Development (MSSD) and UNFPA. Different BARMM ministries and offices also joined the conversation via teleconference.

The BWC is committed at ensuring the promotion and protection of human rights of Bangsamoro women and girls, including issues concerning child early and forced marriage. (Bureau of Public Information)