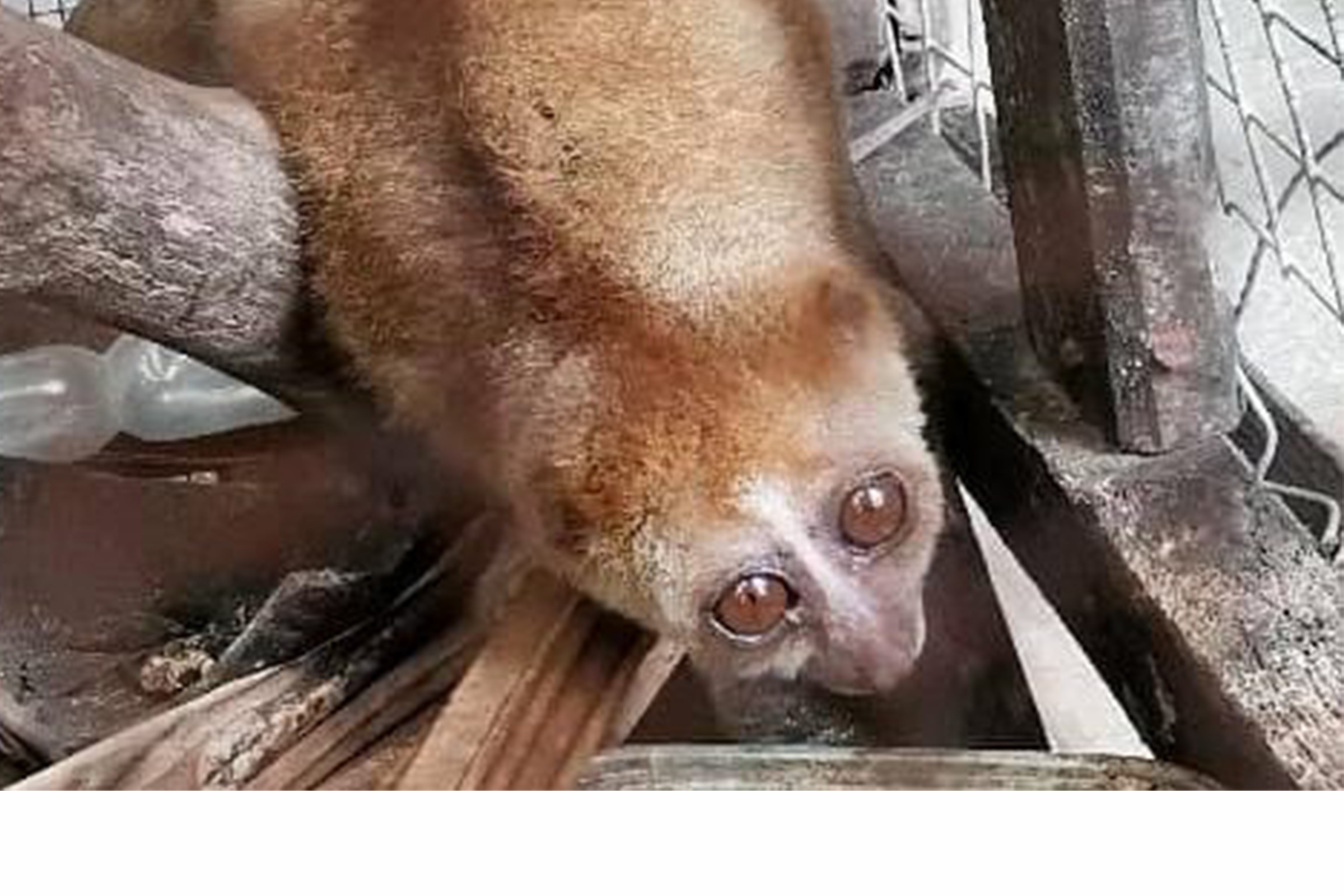 A local resident found the animal in a malnourished condition in Barangay Mandulan, Bongao municipality.

According to Community ENRE Officer of Tawi-Tawi 1st District Saido Espiliro, the animal was held captive for a few months before it was rescued.

“The slow loris is now being monitored to determine if it has any diseases or if it is already capable of acclimatizing to its natural diet and habitat,” Espiliro said.

The rescue of the slow loris also served as a turning point for MENRE to conduct a community awareness campaign about the ecological importance of native and endemic wildlife species in Tawi-Tawi, as well as the dangers of mishandling venomous species such as the Philippine slow loris.

A native to the country’s Sulu Archipelago, slow loris is classified as Vulnerable by the International Union for Conservation of Nature (IUCN) in 2015 due to their decreasing population.

Their continuing decline is mainly due to human encroachment into their natural habitat, harvesting them for pet trade.

According to Emerson Sy, executive director of the Philippine Center for Terrestrial and Aquatic Research, this was the second time a Philippine slow loris was rescued from captivity in the last decade. The first was in 2019 in the municipality of Simunul, also in Tawi-Tawi province.

MENRE Tawi-Tawi is eyeing Bud Kabugan as a release site to ensure the animal’s safety.

Another community awareness campaign will be conducted in the area to gain commitment from the residents that they will not hunt, collect, harm, and trade said wildlife species. (Bangsamoro Information Office/ Photos from MENRE)