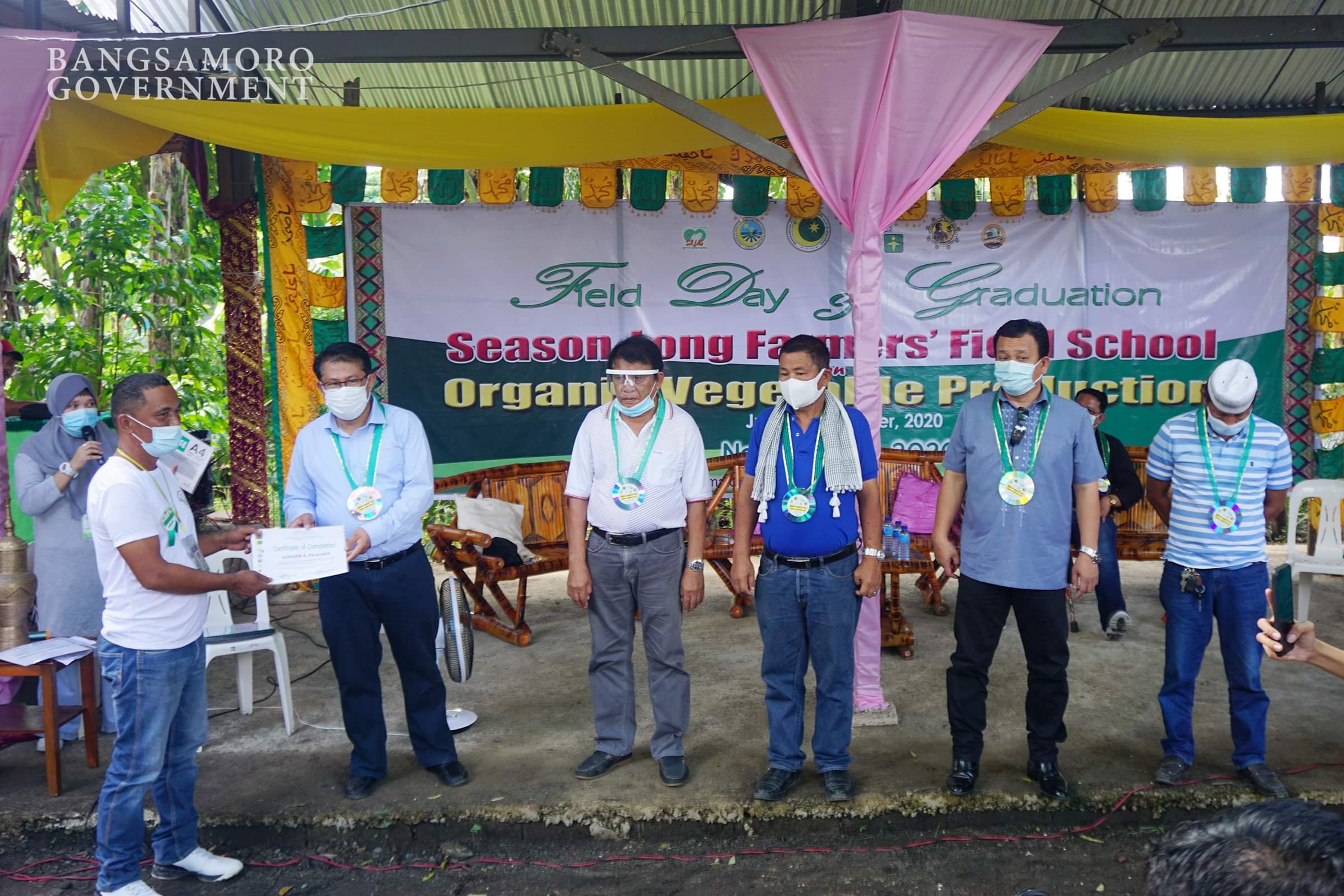 The training, which ran from July-November, was organized by the Ministry of Agriculture, Fisheries, and Agrarian Reform (MAFAR), in partnership with the Department of Agriculture – Agricultural Training Institute (DA-ATI) Region XII, and was supported by the Office of MP Abdulraof Macacua, through its flagship program ‘SALIG’ or Services and Actions with Love and Integrity from the Government.

“The ministry really aims to advance the technical skills and selling strategies of the farmers. Their partnership with the ministry plays a crucial role in boosting the economy of the Bangsamoro region,” Yacob said.

He also guaranteed to help the farmers promote and market their products through the MAFARlengke (MAFAR Local Exchange and Network of Goods in any Kind of Emergency) wherein goods are sold at affordable prices every Thursday at the MAFAR Compound inside the Bangsamoro Government Center in the city.

The farmers, aged 24-65, are from nine barangays in Sultan Kudarat, and from one barangay in Parang, Maguindanao. During the training, the farmers were lectured on various farming techniques including seed identification, land preparation, application of organic and inorganic fertilizer, field monitoring, and harvesting, among others.

As part of the post-test assessment, the farmers have undergone immersion in various business cooperatives in Maguindanao, and undertook written examination and ceremonial harvesting for their agricultural goods.

Their harvested goods were then displayed and sold at food stalls during their graduation ceremony, where MAFAR gave recognition to the teams who earned the most profit.

Mohamad Salik , 52, and his group from Sultan Kudarat won in this category. He was thankful to Bangsamoro Government, especially to BARMM Chief Minister Ahod Balawag Ebrahim, for the opportunity they extended to the BIAF community.

Meanwhile, the SALIG Program also gave the farmers another tranche of cash aid and sacks of rice for their families. (Bureau of Public Information)