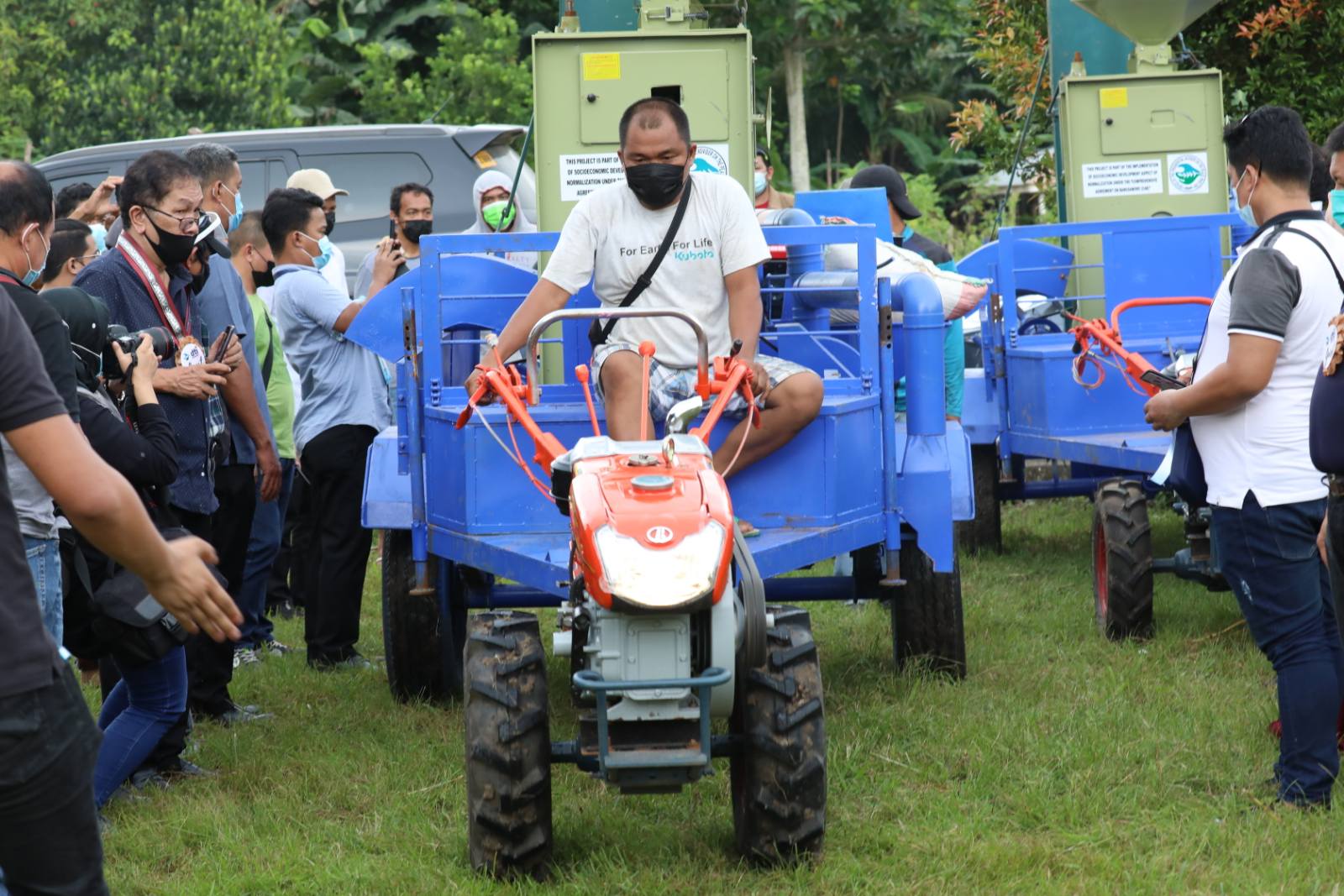 The initial units of equipment were turned over at Camp Darapanan, Sultan Kudarat in Maguindanao.

The projected fund was reflected on the Memorandum of Agreement (MOA) both parties agreed and signed last Sept. 11, 2020 that aims to promote the meaningful implementation of the Annex on Normalization of the Comprehensive Agreement on the Bangsamoro (CAB).

Taddik expressed his gratitude to the initiative of the National Government to fulfill its commitment under the CAB.

“This project is one of the ways to integrate our former combatants into [the] society by giving them sustainable livelihood that could improve their way of life,” he said.

Hernandez, on the other hand, stressed that agriculture is “one of the biggest hope for the country’s economy to recover because of the Covid-19 pandemic.”

In his message read by the MENRE deputy minister Ebrahim, Chief Minister Ahod B. Ebrahim said the transition period is not just centered on establishing the regional bureaucracy in the Bangsamoro region.