Families of ‘shahids’ to benefit from BARMM housing project in SGA 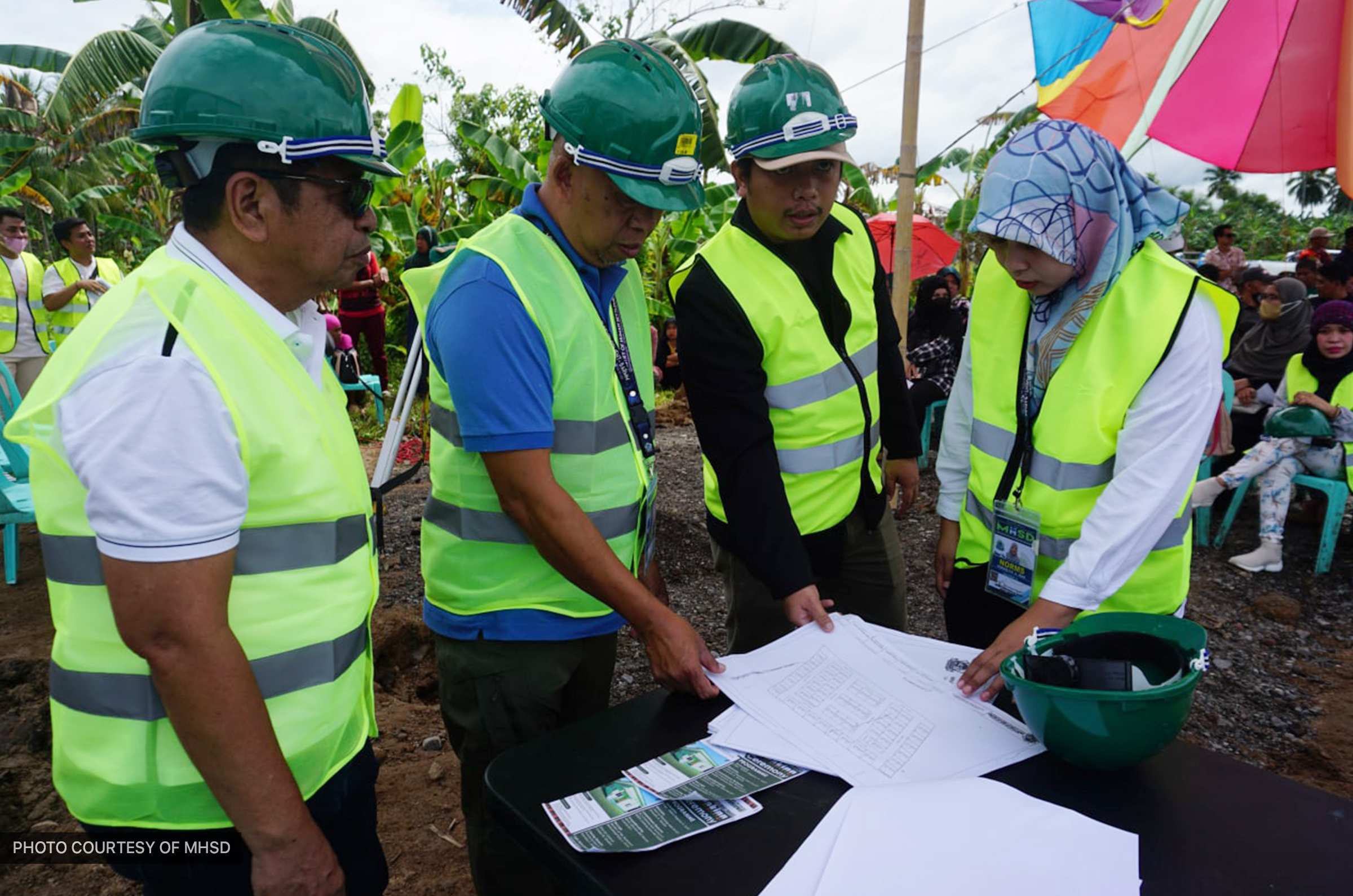 COTABATO CITY — Families of ‘shahids’ or martyrs of war will benefit from the housing resettlement project courtesy of the Ministry of Human Settlements and Development (MHSD) — the housing arm of the Bangsamoro Government.

With the successful groundbreaking ceremony on November 30, fifty housing units will be constructed in Barangay Nabalawag while another fifty will be built in Barangay Kapinpilan—both areas are located in the Midsayap Cluster of BARMM’s Special Geographic Area (SGA).

MHSD Director General Esmael Ebrahim disclosed during the event that the families and widowers of mujahideen (martyrs) in the area who have been deprived of decent shelters over the years will be prioritized as beneficiaries.

“The beneficiaries will be profiled with assistance from the Local Government Units (LGUs) and will be selected based on strict guidelines to ensure that title, land and house will be given to the most qualified and in need,” the Director General assured.

Prior to the ratification of the Bangsamoro Organic Law (BOL) in 2019, majority of the territories of the Bangsamoro Autonomous Region in Muslim Mindanao (BARMM) have been devastated by conflict resulting to massive displacement, damage to properties, and loss of lives including those of mujahideen who asserted their rights to self-determination.

It was only right after the establishment of the new regional autonomous government that immediate constructions of decent housing, road networks, baranggay halls, and public markets, among others, became tangible indicators of development— mostly coined as “gains of the peace process” in the peacemakers’ parlance.

Member of the Parliament Mohammad Kelie Antao, a staunch peace advocate and former administrator of SGA, identified MHSD’s Resettlement Project as “one of these necessities of the Bangsamoro”.

In a separate post on his official Facebook account, Antao shared in Maguindanaon vernacular his perspective towards peace in relation to his personal attendance to the groundbreaking ceremony.

Funded under the General Appropriations Act of the Bangsamoro (GAAB) 2022, Chief of Planning and Design Division Engr. Zainodin Buisan unveiled the housing design—it will be a one-storey residential buildings with a 49 sq.m. floor area and two bedrooms.

As of the groundbreaking ceremony, the MHSD has a total of 250 housing units under construction in the SGA. (Abdullah Matucan/BIO with reports from MHSD)