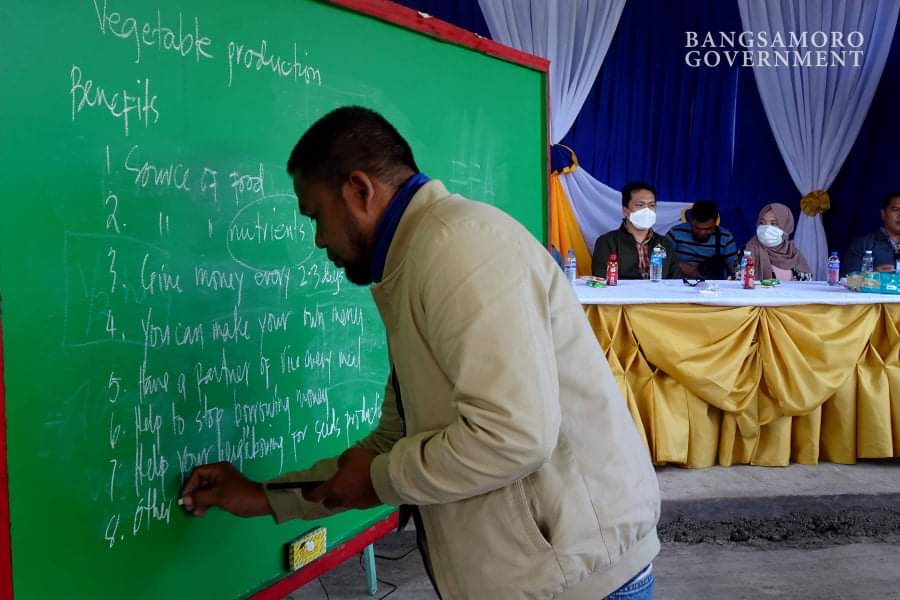 “Our MENRE Minister Abdulraof Macacua instructed our Palaw Rangers to include gardening as part of their routines that led to this convergence,” said Dataman.

The overall goal of this collaboration is to raise agricultural production and ensure food security while strengthening income-generating activities.

The World Food Programme through its Food Assistance for Assets will provide P6000-worth of work assistance for the 3-month duration of the demo farming.

Ms. Darren Espanola led the WFP team and encouraged the beneficiaries to continue and sustain the vegetable production as community assets and income generating project.

Member of Parliament Marjanie Macasalong also attended the activity and pledged his support to the BARMM convergence project. (Bureau of Public Information)