French Gov’t to fund projects, assist in peace-building in BARMM 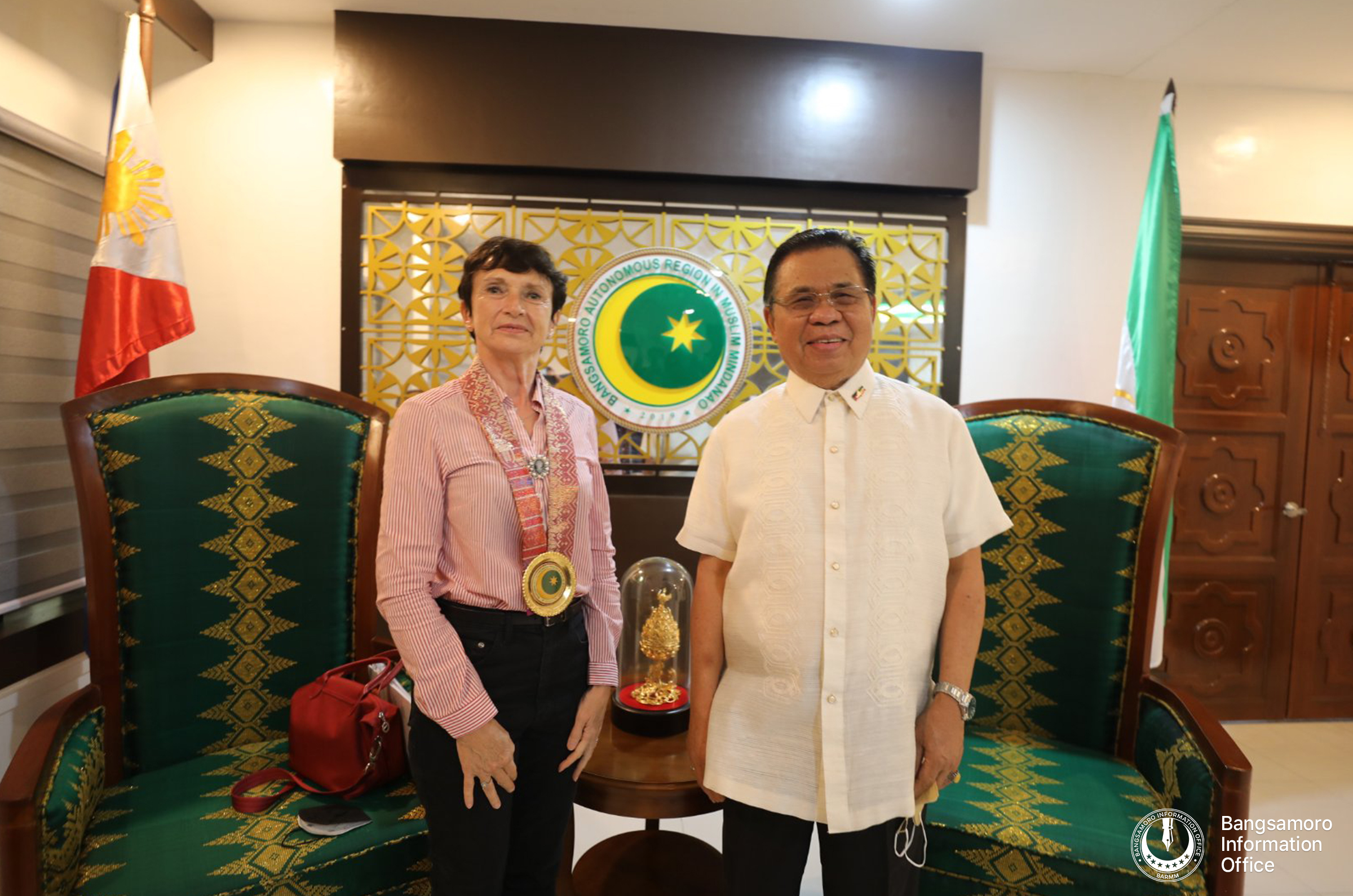 COTABATO CITY—The French government is set to fund projects in the Bangsamoro region to assist in the region’s peace-building and development activities.

This is according to French Ambassador to the Philippines Her Excellency Michèle Boccoz after she paid a courtesy visit to Chief Minister Ahod Ebrahim, Wednesday, June 1, 2022 at the Bangsamoro Government Center, Cotabato City.

Boccoz said their presence in the BARMM was to listen and learn from the Chief Minister on how they can strategically support and assist within the aspect of United Nations (UN) and convey the message of cooperation of French government to the Bangsamoro region.

“To start with an engagement, we will fund a project within the UN cooperation through ACTED (Agency for Technical Cooperation and Development) Philippines, for an inclusive and sustainable agriculture in the region tapping the women cooperatives,” said H.E. Boccoz.

“We have an initial talk with the Bangsamoro Women Commission (BWC) about the partnership project and fruitful meeting was already established,” she further said.

France is said to be a strong advocate of sustainable peace and long term development in the BARMM.

In response, Chief Minister Ahod Ebrahim appreciated the initiatives and efforts of the French government to provide assistance and to reach out in the region.

“We appreciated very much and recognized the contribution of our international communities (United Nations) in actively participating in the peace building and development of our region,” said Chief Minister Ebrahim.

“Our challenges in the peace agreement are mainly on normalization process and hopefully, the international partners could help us transform our more than 40 camps into development areas,” he added.

Chief Minister also mentioned some problems experienced in the island provinces on poor electricity and poor telecommunication connectivity, among others. He also asked the party to help encourage the international communities especially the private sectors to invest in the region.

“Although we have a lot of challenges in the region, poverty index for the past 2 years has been reduced which manifested our government is on track.  As to Agriculture, we have high yields and lately, number 1 in fishery harvest in the country,” Chief Minister stressed.

On the other hand, the ambassador’s party also mentioned three (3) priority agenda of United Nations to be discussed in the new administration of the Philippine government, such as gender parity at all levels, preserving the gains of peace process, and human rights resolution.

“We are hoping that the new administration in the country will have same arrangements with the President Duterte’s government to respect and continue the implementation of agreed provisions in the peace process,” Chief Minister further stressed.

However, while the party was focused initially on agriculture and environment support in the region, they commended the crafting of 2nd Bangsamoro Development Plan (BDP) as it would be the basis of the international communities on what areas of intervention and assistance they could extend in the region.