From barrel to bottle: Mujahideen’s commitment to long lasting peace 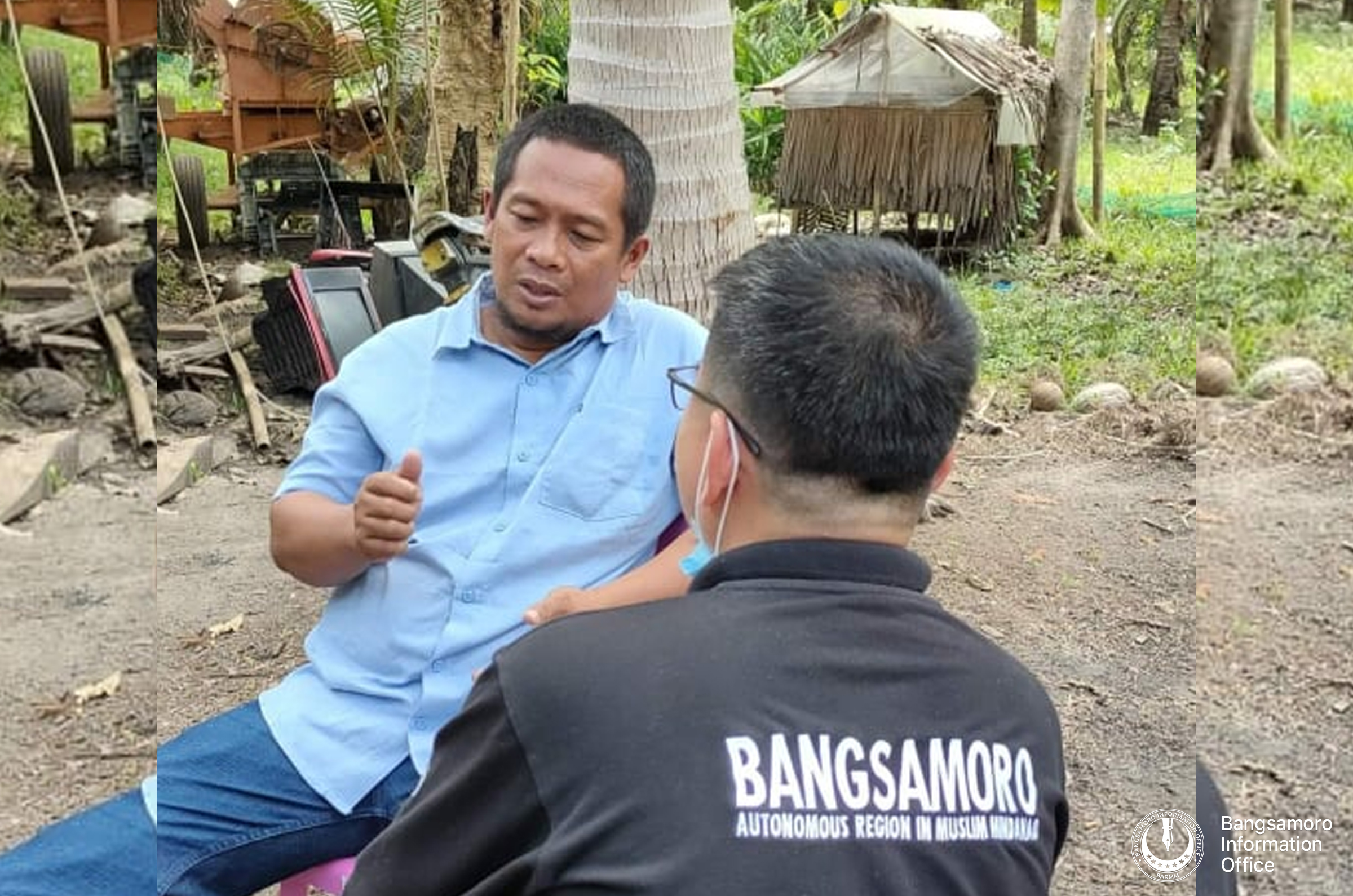 Mr. Wahid Maneged, 42, president of Barangay Campo Bangsamoro Agriculture Cooperative (BCBAC) at Panosolen, in General Salipada K. Pendatun, Maguindanao, shared in an interview that he sold his gun to be able to register his cooperative.

[I sold my gun to build and register our cooperative. I also encouraged my fellow Mujahideens to earn for a living because not all BIAFs are qualified to work in the office.]

He said their place has been a battlefield during the inception of the ILAGA (Visayan term for rat) movement known for their brutal massacres towards Moros.

“Peace was elusive until recently,” he said emotionally.

During the onset of MILF-led interim Bangsamoro Government, Maneged said he became hopeful when he heard the advice of the Chief Minister Ahod B. Ebrahim, saying that BIAF combatants would hardly be accepted in the office but they have an option to create an association. 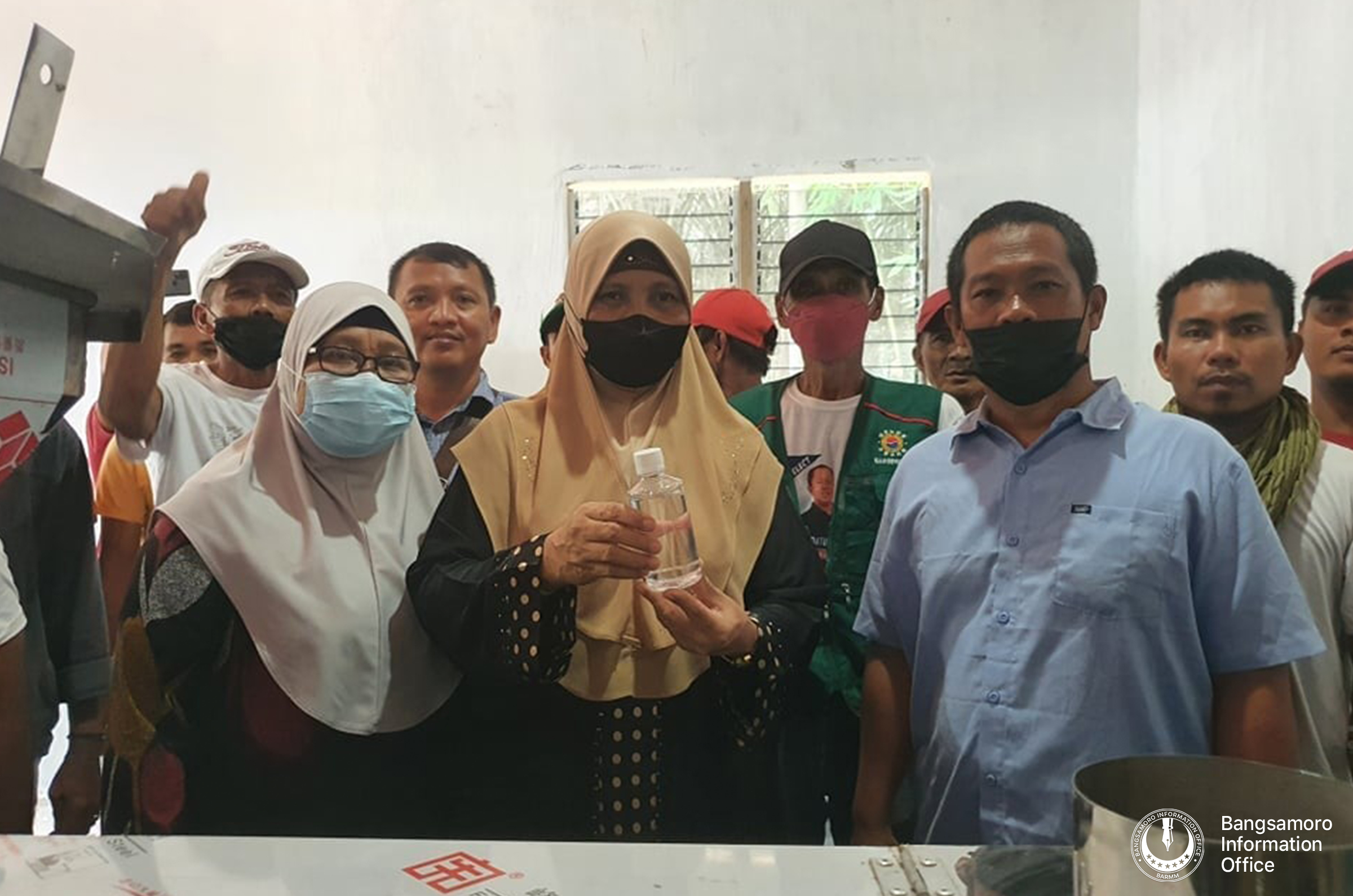 Coconut oil in a bottle

He accepted the challenge and attended various training workshops on how to create a cooperative specializing in virgin coconut oil packaged in a bottle.

[We’ve chosen virgin coconut oil as our product because there are plenty of coconuts in this area and we have already sold a lot.]

On Thursday, Feb. 24, Mr. Meneged’s cooperative received a one-unit processing area and equipment worth of Php1-million from the Ministry of Science and Technology (MOST), in line with its objective which is to aid performing non-government organizations (NGOs).

[Thank you for tirelessly helping us, not only financially, but also for providing various kinds of training. When we were still using the manual equipment, our weekly income was Php4,000.00. Now, it has tripled.]

“I will give you additional cash worth of Php50,000.00 for the purchase of transformer as the electricity is irregular in this area,” Minister Silongan offered due to budget constraints faced by the cooperative.

On Wednesday, Feb. 23, another turnover of the same processing equipment was given to Al-Mustaqbal Development Center Association in Paglat, Maguindanao. The cooperative’s products are native delicacies.

Meanwhile, Coop Vice-President Jainodin C. Baclid, 52, who was originally from Lakobe Makilala North Cotabato and has been driven out from his land by the so-called New People’s Army (NPA), said, “as a Mujahideen, it is hard to cross the livelihood if there is no work.”

“Alhamdulillah (Praise be to Allah), with the help of MOST, we have crossed the challenges and, in some way, livelihood is rising,” he said.

“We are thankful to BARMM, our products have improved. I am here with my family, we are from outside of core territory, but we are benefitting, it means that BARMM is inclusive,” said Baclid.

In retrospect, the Bangsamoro leaders vow to remain active and hopeful that positive change will happen to former combatants who have now returned to the fold of the law.