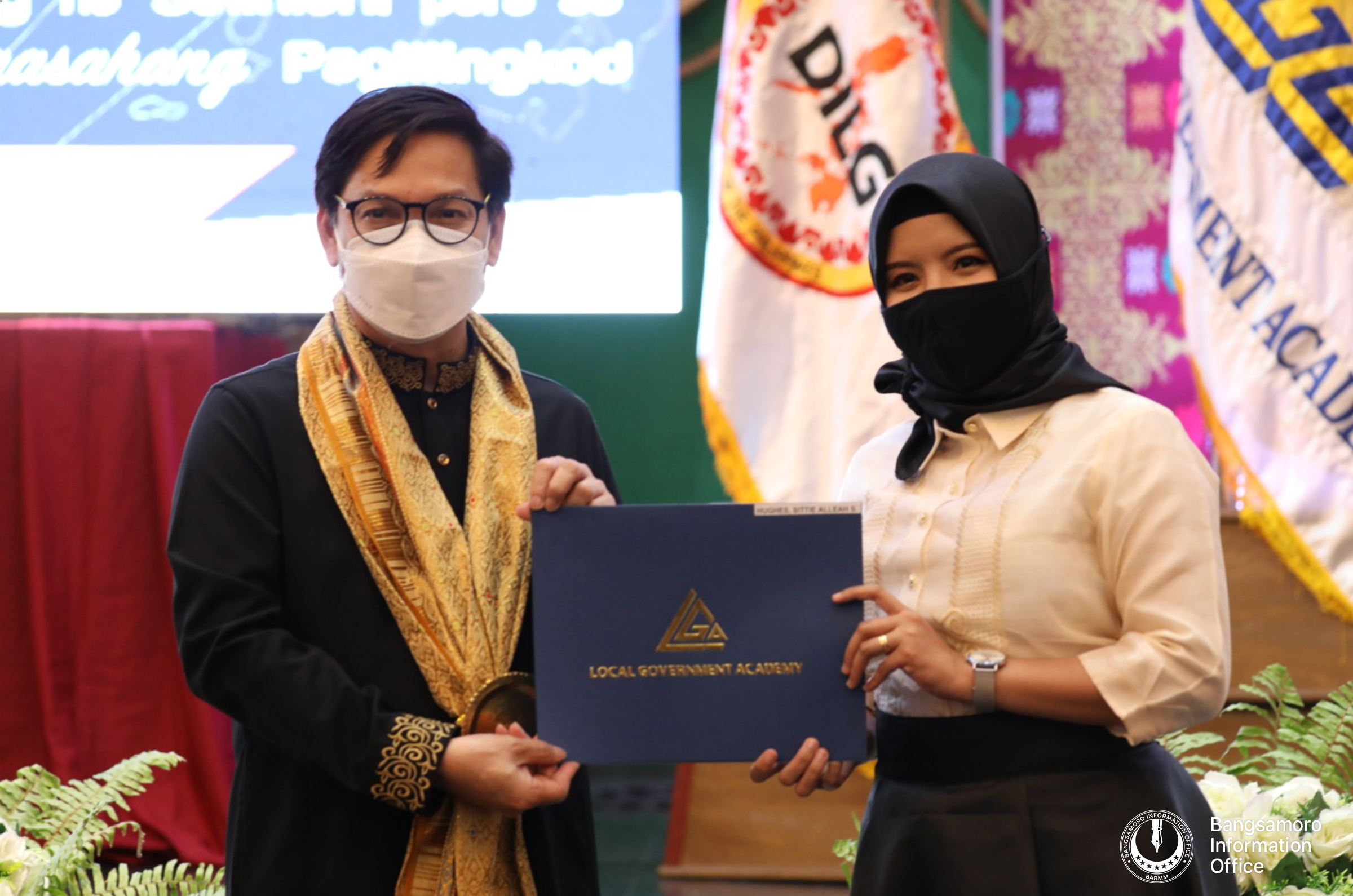 With the theme “Sulong LGOO: Hinirang na Salinlahi para sa Matino, Mahusay, at Maaasahang Paglilingkod” – the training sought to equip the ministry’s LGOO personnel with the necessary competencies to become effective catalysts for excellence in local governance in pursuit of moral governance.

Due to the unprecedented Covid-19 pandemic, the regular 6-month training turned out exactly 2 years to complete since it commenced last October 2019.

MILG Minister Atty. Naguib Sinarimbo said, “today is the culmination of more than two years’ worth of hard work and perseverance fueled by your passion in helping build, strong, empowered and autonomous local government units.”

He stressed that the Bangsamoro LGOOs

are not just front liners in a struggle for transformation on the level of bureaucracy but more importantly at the level of local government units.

“More than what the job description entails, your role as local government operations officers will require you to constantly raise awareness, organize and give direction to people, and mobilize towards meaningful change,” he added.

The minister also thanked BARMM Chief Minister Ahod B. Ebrahim and Senior Minister Abdulraof Macacua who both showed support and believed in the success of the training.

Meanwhile, Executive Director of LGA Thelma Vecina, CESO IV said that this batch, dubbed Batch 52-A SINDAW, is historical as this is the first exclusive Bangsamoro Batch.

Vecina noted, as it the first one that utilizes numerous online tools and the longest-running batch due to the pandemic, she hopes that the graduates will support LGUs for them to “do well” and to “do good”.

“We are optimistic that the graduates of the Program become ‘Good Governance Champions’ that advocate positive change. In the end, we are confident that they will serve as exemplars that are ‘Matino, Mahusay at Maaasahan’ as LGOOs of Bangsamoro and the Philippines,” Vecina said.

The Department of Interior and Local Government, through LGA, has instituted the LGOOs training program as an integral part of its strengthening of its Human Resources and internal capacity through rigorous learning interventions. (Bangsamoro Information Office)