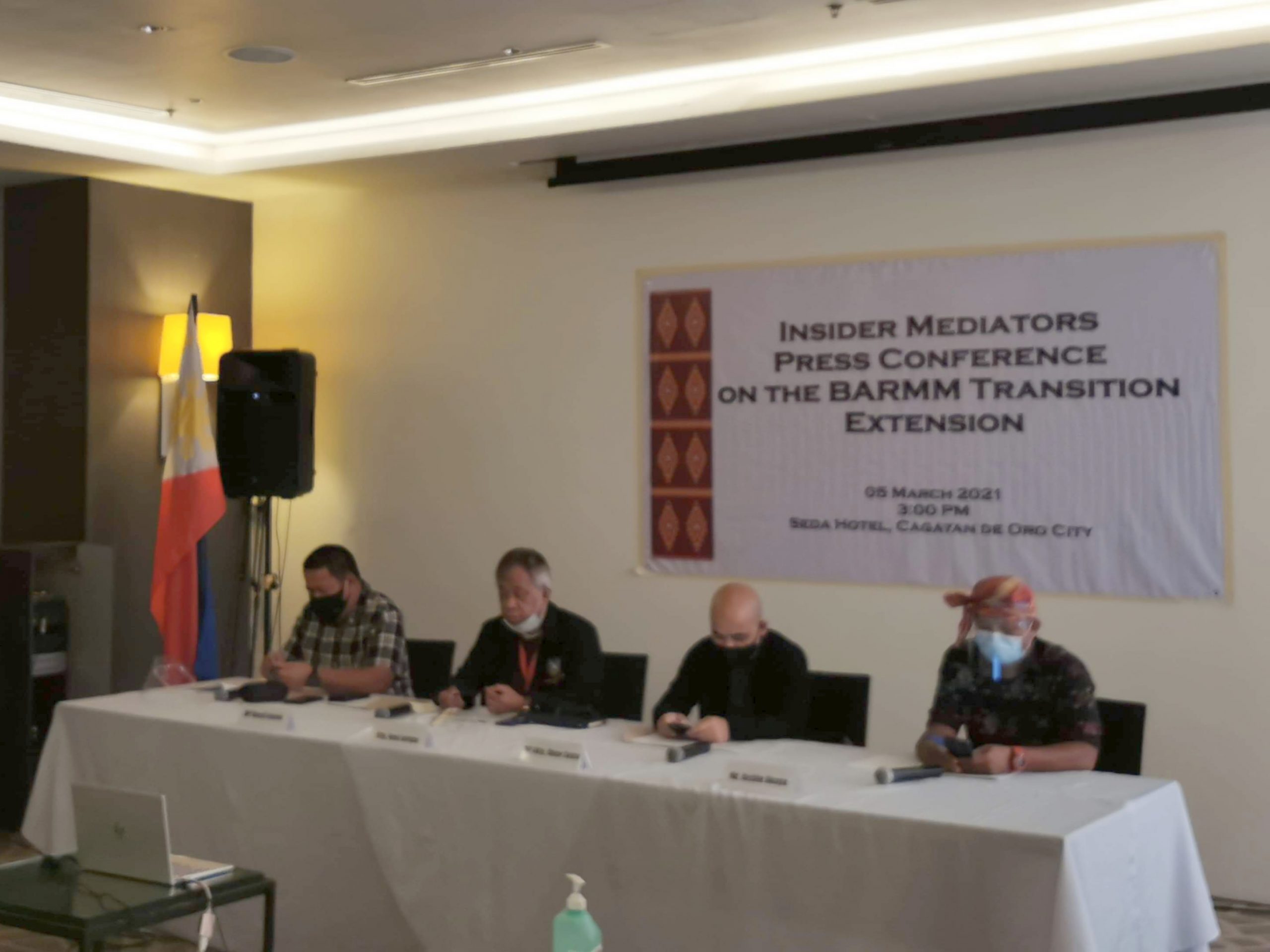 COTABATO CITY – Members of the Insider Mediators (IM) are calling on the House of Representatives and Senate of the Philippines to fast track the proposed bills amending Republic Act No. 11054 or the Bangsamoro Organic Law that would extend the Bangsamoro transition period until 2025.

“This issue is not just about politics, this issue is inter-generational. That’s why we need to make a noise,” Arnado said.

Meanwhile, Sema said “this administration will do its best (to ensure) that the implementation of the (peace) agreements will be a success.”

IM is a network of Bangsamoro stakeholders – comprising of professionals, members of various sectors and civil society organizations, public servants, local government officials, indigenous peoples, and internally displaced persons – who work to achieve a common agenda towards the realization of peace, justice, and harmony among Bangsamoro communities.

In a statement released Thursday, IM expressed that “given the current situation, we believe that the three-year transition period is not enough to preserve and sustain the gains of the Bangsamoro peace process.”

It should be noted, according to IM, that in a peace process, the transition period is the most crucial and critical phase.

“Failure is not an option as there is a high probability of reversion to conflict,” IM said.

“We are hoping that the extension of the transition period would inaugurate a more pro-active bureaucracy for the region; a Bangsamoro Transition Authority that is inclusive, democratic, gender sensitive and responsive; and a cohesive society that is truly reflective of our distinct culture and heritage,” IM further said. (Bangsamoro Information Office)