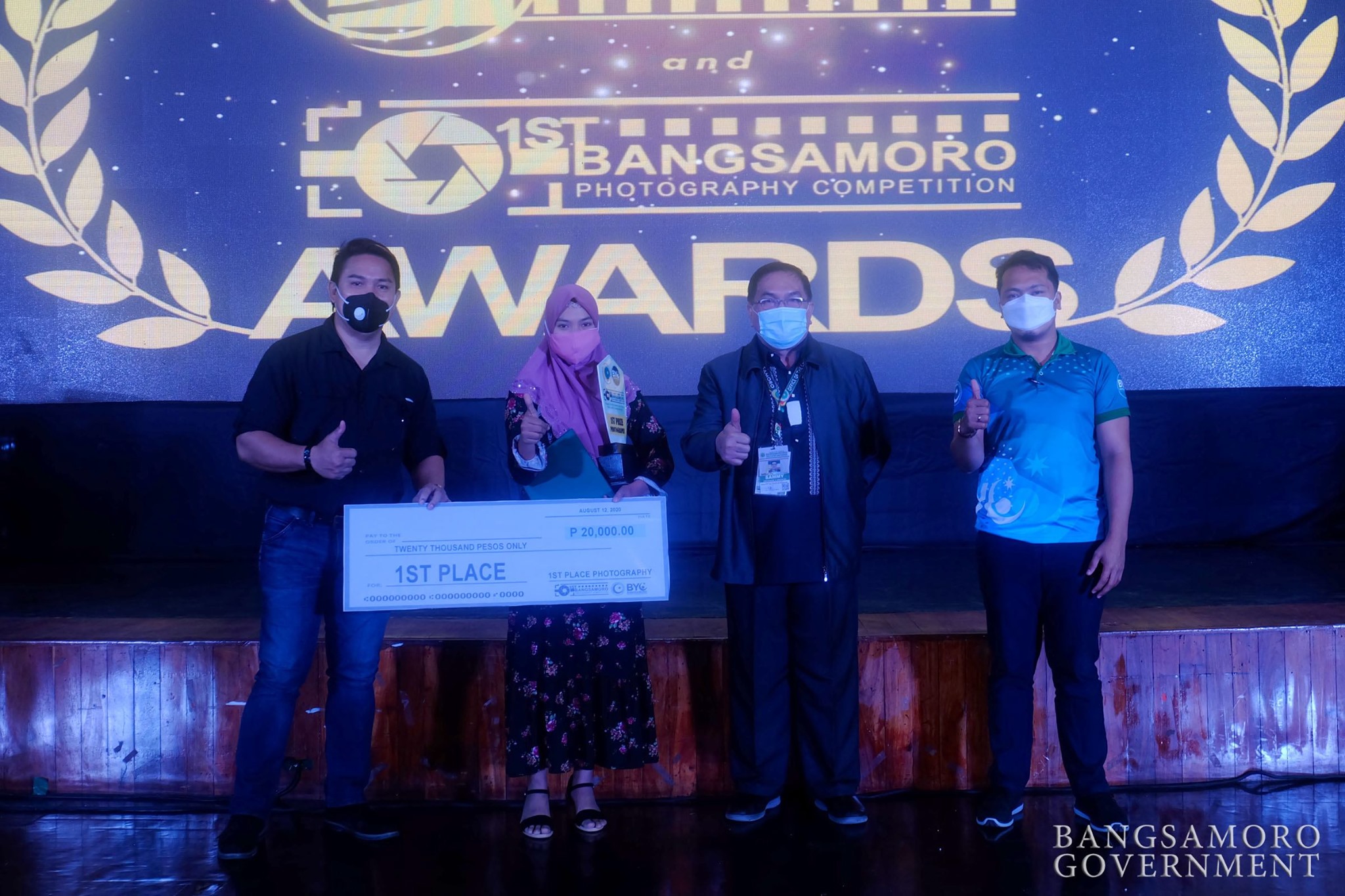 Cotabato City (August 12, 2020) – The best film and photograph entries for the Bangsamoro Short Film Peacetival and Photography Contest were awarded during the regional celebration of the International Youth Day 2020 on Wednesday, August 12, in Cotabato City.

Inged II is a movie that captures a story of a young breadwinner who joins an insurgent group with the promise of getting an easy way out of hard life to help his sick mother, never expecting to be involved into a much bigger scheme.

The winners each received a cash prize worth P20,000.00, and the other five film entries also received P20,000.00 consolation prize.

Teng Mangansakan, along with Edward Cabagnot and Joe Bacus were the judges for the film festival. “We hope that the Bangsamoro film makers will be instrumental in reshaping the landscape of our national cinema,” Mangsansakan said.

Meanwhile, winners of the Photography Contest were also awarded. 1st Best Photograph was the “Ilaw ng Tahanan” by Bulawan Dizal. The photograph shows a mother helping her child studying in a candle-lit nipa house.

Dizal said the photo magnifies importance of education in the lives of the Bangsamoro people. “Kahit laki tayo sa hirap, nothing is impossible as long as we support education of our children,” Dizal added.

The 2nd Best Photograph was the “Innocence Pain” by Mohammad Kouzbary Lucman Said, and the 3rd Best Photograph is the entry by Aljiber Ismael. Winners received a cash prize amounting to P20,000.00, P15,000.00 and P10,000.00, respectively. The “Yes for Peace” entry of Farida Dizal bagged the Online Choice Award and received P5,000.00 cash prize.

Mark Naval, together with Bennajar Hajan and Joeffrey Maitem, led the jury for the photography contest.

“We have gathered here not just to celebrate the creativity of Young Bangsamoro but also to give due regard to our values and morals which these qualifiers have demonstrated,” said Marjanie Macasalong, chairperson of the BYC and Member of the Parliament of Bangsamoro Transition Authority.

International Youth Day is an international day dedicated by the United Nations to raise awareness on the cultural and legal issues surrounding the youth. This year’s celebration bears the theme “Youth Engagement for Global Action.” (Bureau of the Public Information)