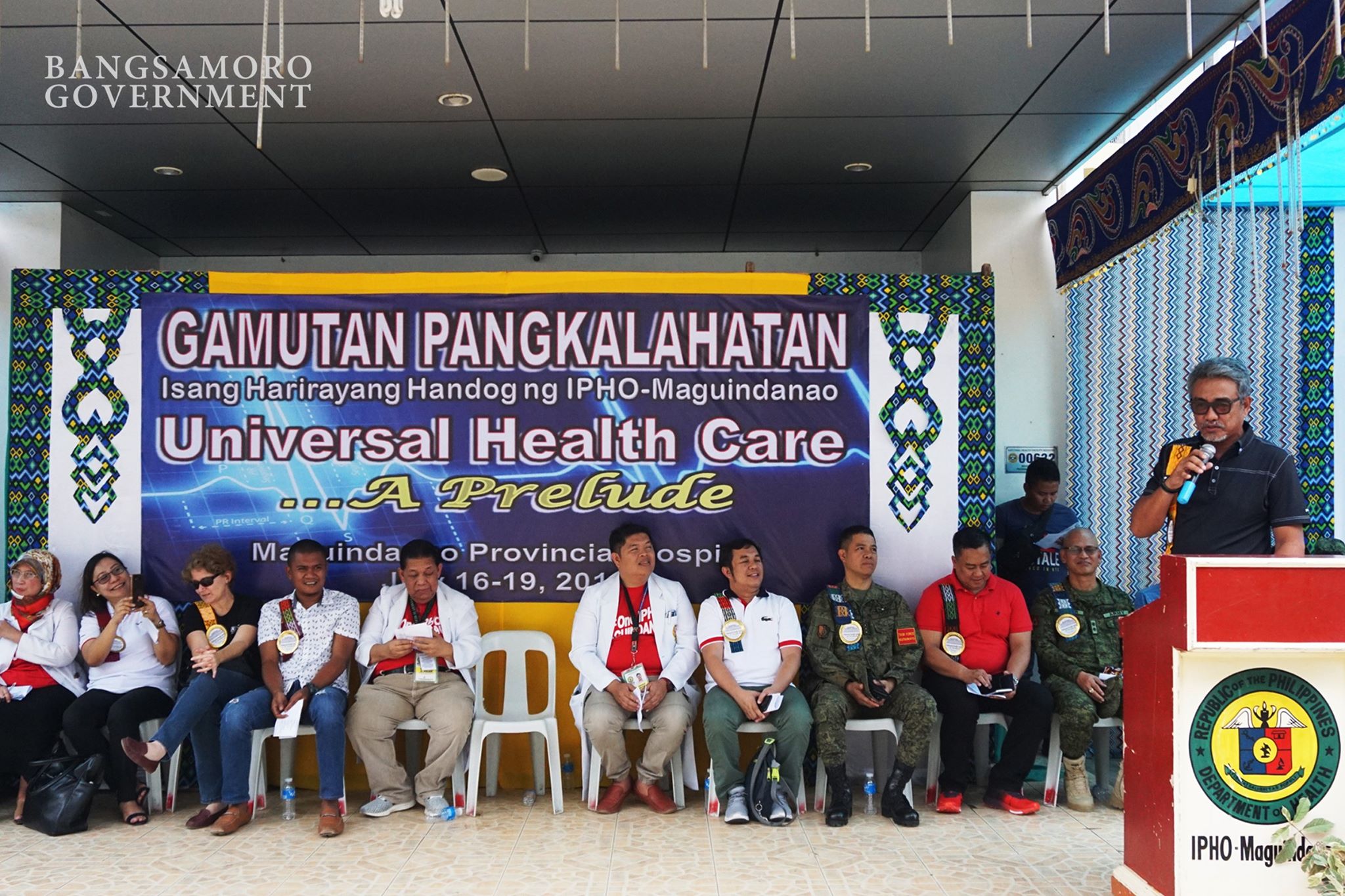 Maguindanao Health Officer Dr. Tahir Sulaik said “the Gamutang Pangkalahatan is an annual activity of IPHO-Maguindanao aimed at serving the 36 municipalities of Maguindanao and neighboring provinces.”

Beneficiaries are also given free medicines and medical equipment such as wheel chairs and eye glasses.

“Every after Ramadan, we conduct this as thanksgiving especially to those less fortunate constituents. Since the Gamutan Pangkalahatan started, more than 2,000 major surgeries have been given,” Dr. Sulaik said.

Universal Health Care to be piloted in Maguindanao

During the launch of the 5-day Gamutan Pangkalahatan, Dr. Sulaik also announced that Maguindanao Provincial Health Office will be one of the pilot implementers of the Universal Health Care (UHC) in the country.

Keynote speaker and guest of honor during the prelude of the UHC in Maguindanao DOH Assistant Secretary for Visayas and Mindanao Dr. Abdullah Dumama Jr. said “there are 28 provinces and 8 cities that are UHC pilot implementation sites including Maguindanao, first in the whole Bangsamoro Autonomous Region in Muslim Mindanao (BARMM).”

“In Universal Health Care, every Filipino will benefit from a quality, enough and right medical services,”Asec. Dumama said.

“There will be formal launching on September. We are just waiting for the consultations to be done. We already had consultations in Cebu and in Davao,” he added.

Dr. Sulaik said the IPHO-Maguindanao is ready for the UHC implementation. “Everything is ready. We had baseline activities to know what more do we need and to know what we need to align with the UHC. So far, we are ready,” he said.

“Under the UHC, there is a bias, bias to the underserved and the unserved. No one should be left behind,” Dr. Sulaik added.