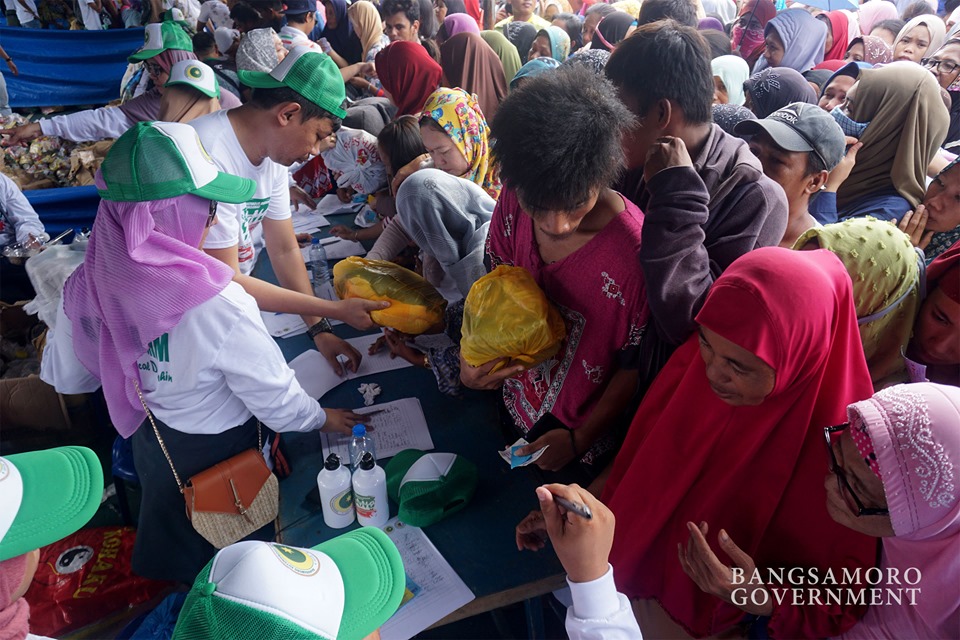 The Bangsamoro Government brought its Project TABANG in the municipality of Jolo in Sulu province to help the thousands of families displaced by a massive fire.

Over 2,000 families have benefitted from various free services delivered by the different ministries and offices of the Bangsamoro Government.

The services include medical and dental consultations, eye screening, hypertension and diabetes screening, immunization, distribution of medicines, among others.

Monday’s activity was the first engagment of the Bangsamoro Government with the province of Sulu.

Ebrahim stressed, “Almost 50 years we were in the revolution, since 1969. Wala kaming pinangarap kundi magserbisyo sa mga tao. Service to the people and service to Allah.”

Meanwhile, Sulu Governor Abdulsakur Tan expressed his gratitude to the Bangsamoro Government for helping the victims of Jolo fire.

It can be recalled that on February 3, a huge fire occured in the barangays of Chinese Pier, Takut-Takut, and Tulay in Jolo and left at least 2,000 families homeless. The Bangsamoro Government has intially extended aid to the victims on February 9, through its Rapid Emergency Action on Disaster Incidence (READI-BARMM).

Project TABANG is an initiative of the Office of the Chief Minister (OCM) aimed at facilitating the direct and immediate extension of basic services and assistance to the Bangsamoro people, specifically on health and education services.

It is conducted regularly in the different areas across the Bangsamoro region, most especially in the poverty and calamity-stricken communities.

Since its kick-off in Cotabato City and Maguindanao province on September 2, 2019, the Bangsamoro Government has already conducted the project in Marawi City, Lanao del Sur, Tawi-Tawi, and in North Cotabato.

Ebrahim said the next TABANG will be conducted on April in the province of Basilan. (Bureau of Public Information)