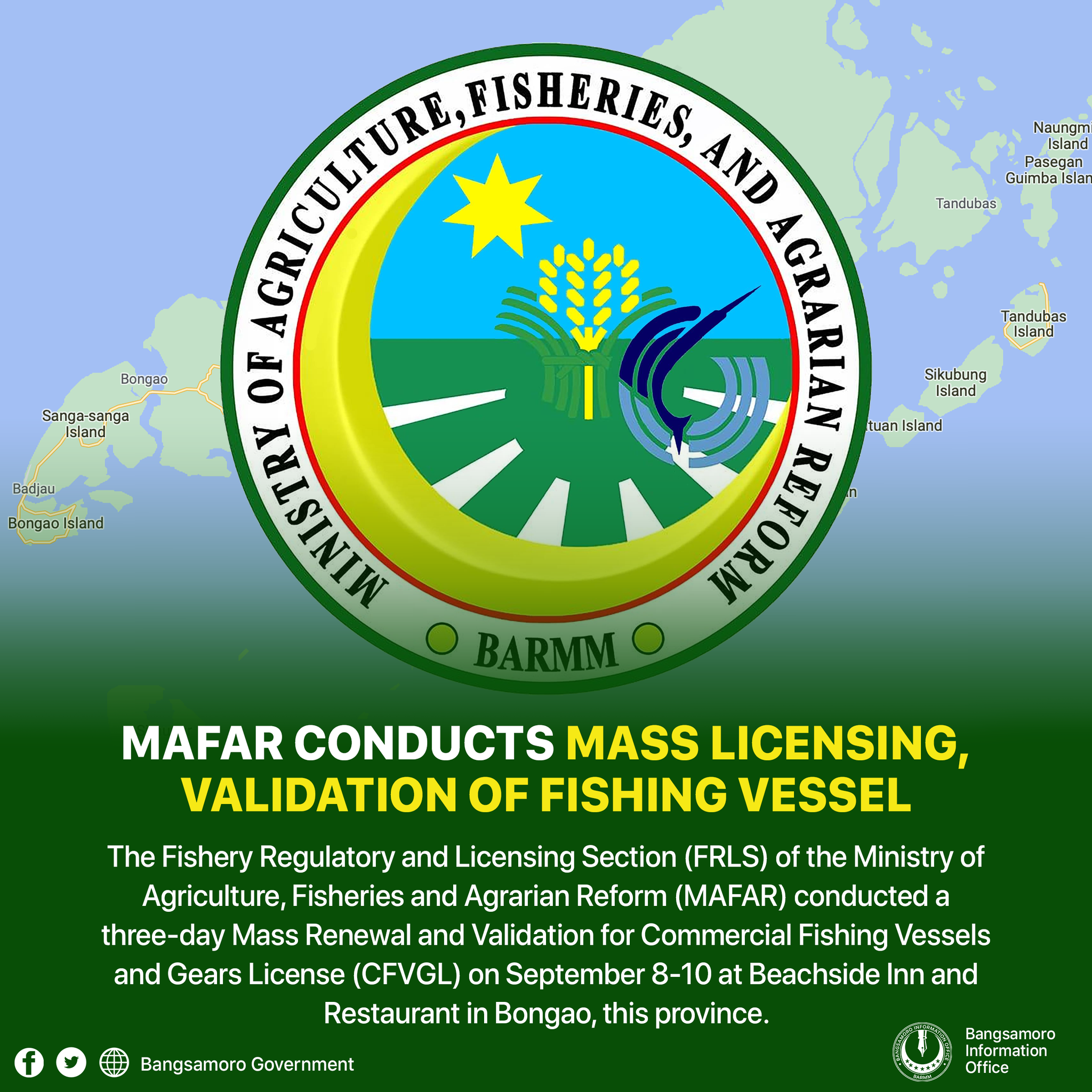 TAWI-TAWI—The Fishery Regulatory and Licensing Section (FRLS) of the Ministry of Agriculture, Fisheries and Agrarian Reform (MAFAR) conducted a three-day Mass Renewal and Validation for Commercial Fishing Vessels and Gears License (CFVGL) on September 8-10 at Beachside Inn and Restaurant in Bongao, this province.

The data provided by Rudy Canizares, chief of the fishery division of MAFAR Tawi-Tawi, confirmed that four vessels renewed their licenses, and 11 new applicants applied for their commercial fishing vessels and gear’s licenses, while 145 fisher folks and crews applied for their Fish Worker Identification Cards.

The fish workers’ ID cards would be signed by MAFAR Minister Mohammad Yacob, according to Canizares.

In another development, Provincial Director Nami disclosed the provincial office has conducted a series of activities that include Orientation on COA Government Accounting and Auditing Rules and Regulations, a three-day training on the Enterprise Business Plan Review, Enterprise Operations Manual and Roll-Out of Data Capture, and Orientation on Philippine Rural Development Program (PRDP).

“The significance of PRDP orientation was to inculcate awareness and encourage farmers and fisherfolks to increase rural incomes and improve farm and fishery output in the province,” PD Nami stressed.

MAFAR Deputy Minister Ammal Solaiman was the resource speaker on the PRDP orientation conducted at the provincial office and participated by all MAFAR employees.

Solaiman’s team also proceeded to Sitangkai to conduct the same orientation in this municipality. This LGU is the last southern island municipality of the province, which is only two hours away from the neighboring Sabah, Malaysia. (Bangsamoro Information Office)