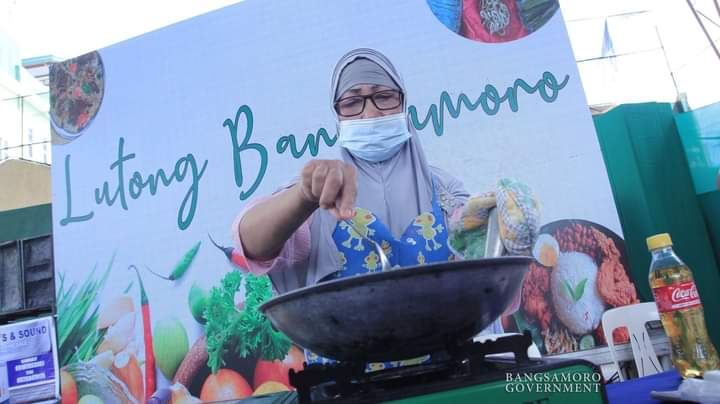 Part of the culmination activities were a cooking competition where 10 participants proudly featured their “Lutong Bangsamoro”, and a photography contest which was participated by about twenty-one (21) entries from different provinces of BARMM.

Norul Isah B. Kasim from Guindulungan, Maguindanao, won the first place in the cooking contest with her ‘Tinumis’ delicacy, she received Php10,000 cash prize. Second prize, worth Php7,000, was awarded to Aisa Mamac from Sultan Mastura for her “Rice Kuning with Chicken”, while Ahmad Abdulhamid of Shariff Aguak got Php5,000 for placing third for his “Inti Dudol”.

For the ‘PhotoPagalingan para sa NRAM’ contest, “Linakan a Palay” entry of Rohaniy Debarosan of Cotabato City bagged the best photo, she received Php5,000 prize. Nursalyn Mukattil of Jolo Sulu won the 2nd prize amounting to Php3,000 for her “Rice is all that matters” entry. Third placer Jovy Jane Sapan of Nuro, Upi received Php2,000 for her “The Backliner of Today’s Crisis” photo.

MAFAR Minister Mohammad Yacob said the two -day activity aims to promote and support local agricultural products of Bangsamoro farmers. He underscored the invaluable contribution of every farmers in the lives of Bangsamoro constituents.

MAFAR also conducted a lecture on farming system to further strengthen the capacity of the farmers to manage their own rice fields.