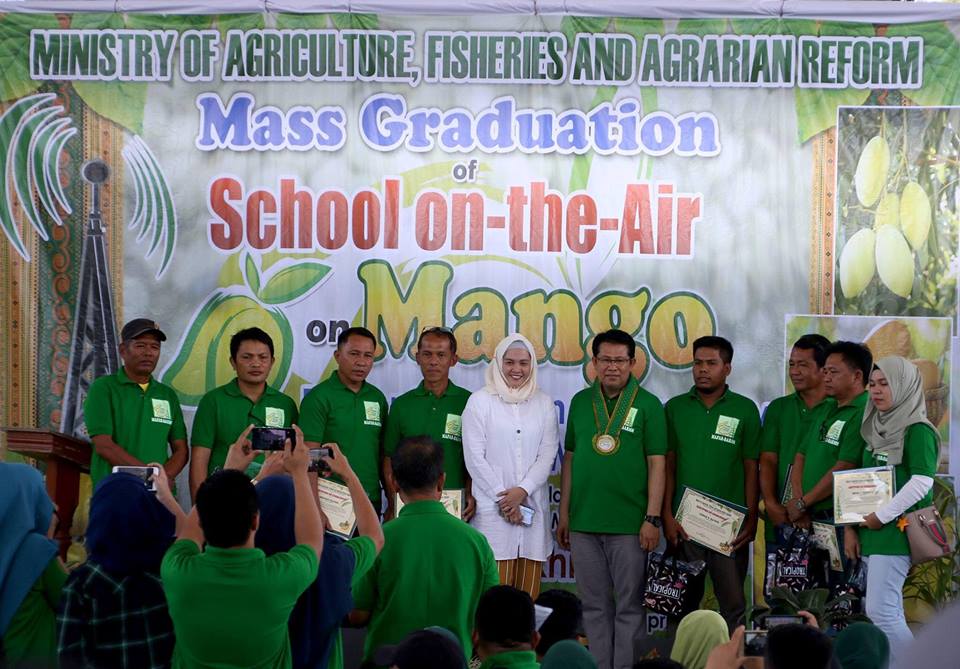 After four months of taking part in a school-on-the-air program, 300 mango farmers from Maguindanao have been confirmed as graduates.

Dr. Mohammad Yacob, Minister of MAFAR, led Monday’s graduation ceremony. He emphasized the significance of education as one of the mandates of the MAFAR.

Farming equipment that included 50 kilograms of mango inducer (calcium nitrate), 1 set of mango power spray, 1 puning pole, and 1 set of sound system for podcast/radio were also turned-over to the nine (9) municipalities of Maguindanao.

The Municipal Agricultural Officers (MAOs) of each participating municipalities received the equipment.