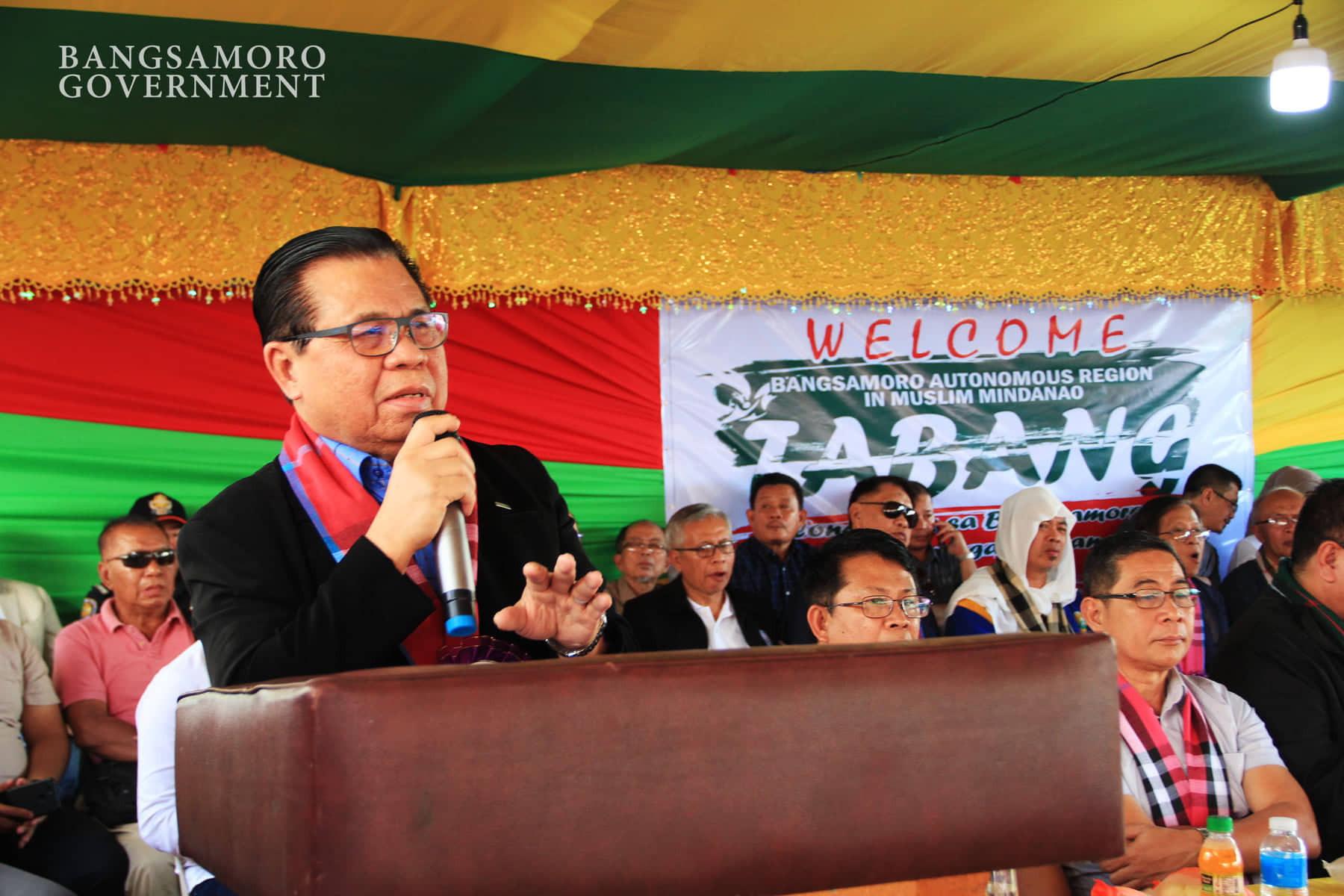 MARAWI CITY (October 4, 2019) – More than a thousand families or at least five thousand individuals in Marawi City benefited from the various basic services brought by the Bangsamoro Government through its Project Tabang in Barangay Boganga on Friday, October 4.

The beneficiaries are families affected by the infamous five-month long Marawi Siege which occurred in May to October 2017. These families have been living in an evacuation site in Barangay Boganga since the siege erupted.

Bangsamoro Chief Minister Ahod Al Hadj Murad Ebrahim, who graced the conduct of Project Tabang, said, “The recovery and rehabilitation of this city is one of our 12 Point Development Aganda during this transition phase, and we can do it together with you.”

Project TABANG or the Tulong Alay sa Bangsamorong Nangangailangan was launched by the Bangsamoro Government on September 2, 2019 as a flagship program on bringing basic government services to communities across the Bangsamoro Autonomous Region in Muslim Mindanao.

Among the highlights of Friday’s Project TABANG were the launching of the ‘AMBAG Program’ or the ‘Ayudang Medikal mula sa Bangsamoro Government’ which intends to promote great accessibility to health services and help indigent Bangsamoro constituents avail of the needed medicines and medical procedures.

The AMBAG program was lauched through a signing of a Memorandum of Understanding between the Bangsamoro Government and the Amai Pakpak Medical Center in Marawi City.

Moreover, the Bangsamoro Government turned over 20 scholarships for students in the city, 2 units of tractors to farmers’ cooperatives, and 1,000 housing units to families who lost their home during the siege.

Marawi City Mayor Majul Gandamra Usman said “Marawi has not yet recovered, but what’s certain is that the support from the BARMM and other humanitarian and government agencies keeps us going.”

Also announced during the program were the construction of new Integrated Provincial Health Office of Lanao del Sur and public markets in the towns of Kapatagan and Madamba.

“We hope that by 2020, when we have already the resources, we can do more, In Shaa Allah,” Chief Minister Ebrahim said. (Bureau of Public Information)