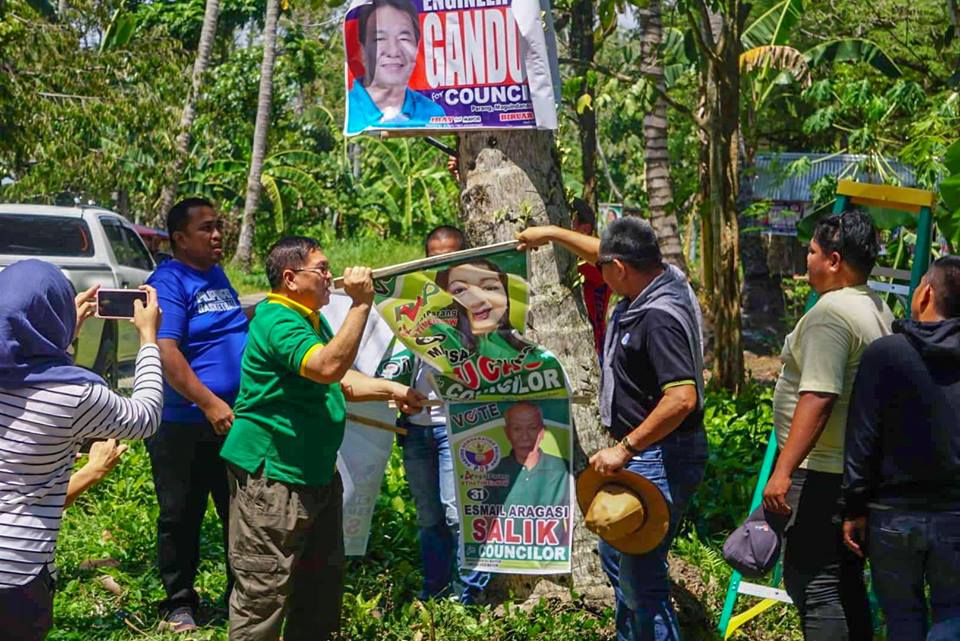 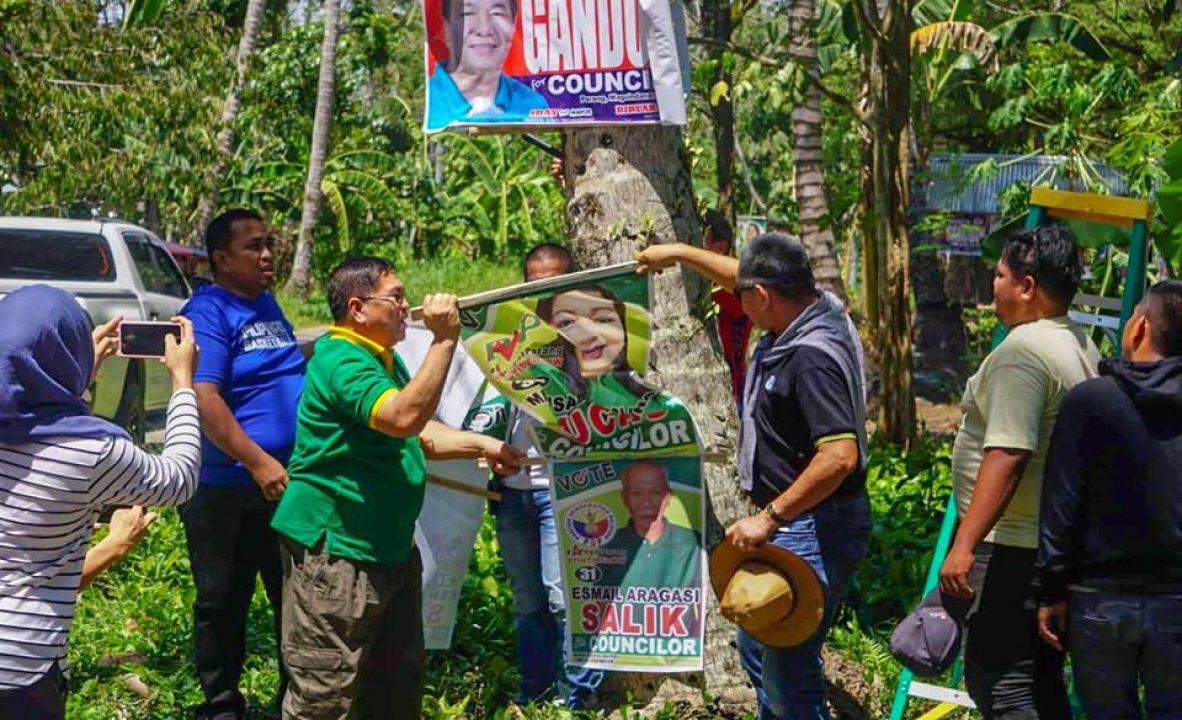 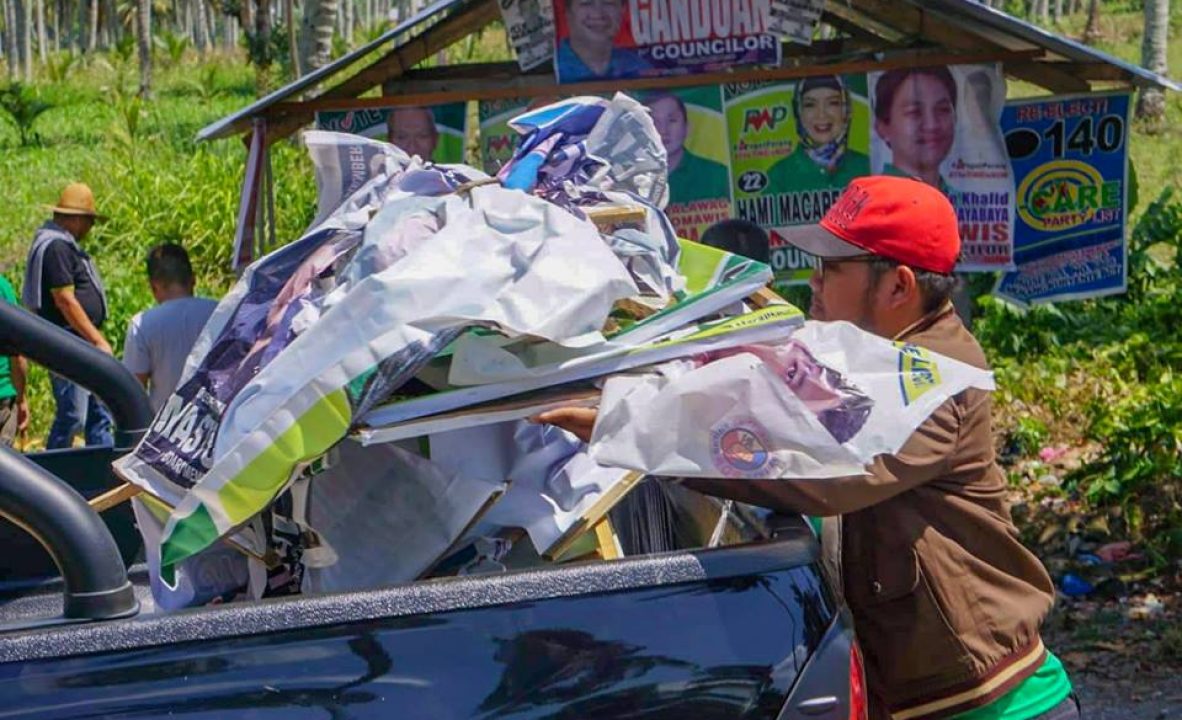 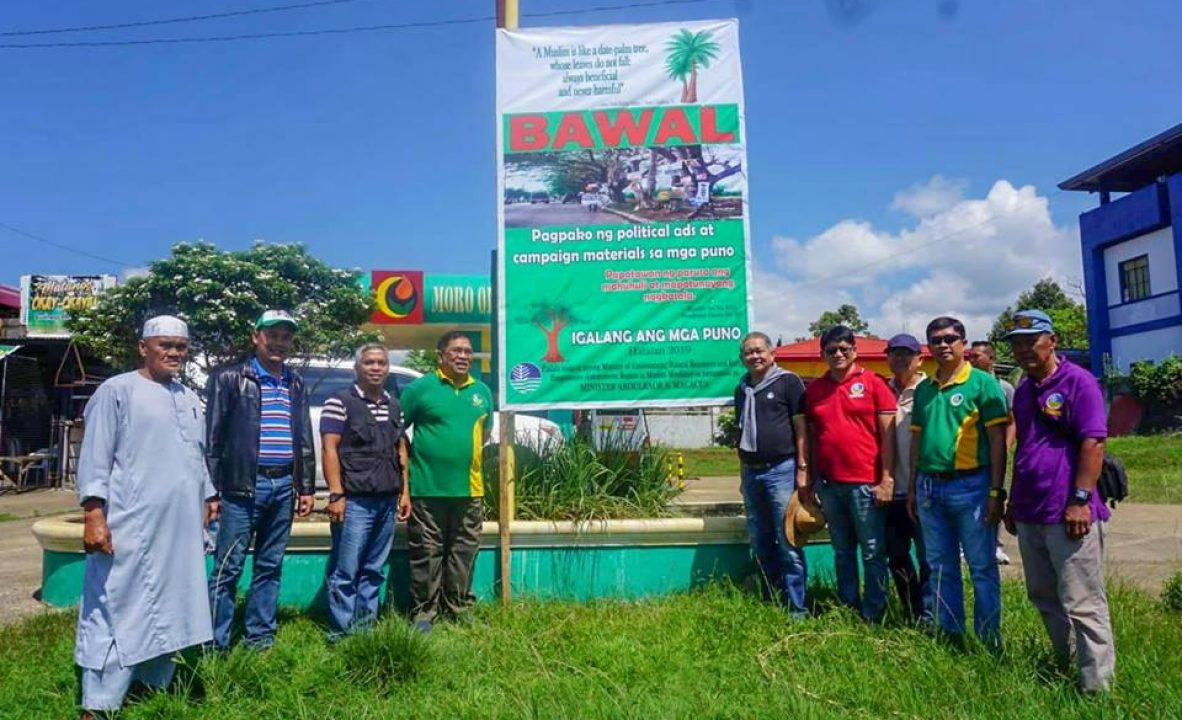 COTABATO CITY — The Ministry of Environment, Natural Resources and Energy (MENRE-BARMM) continues to implement its campaign of removing nailed political ads and campaign materials on planted and growing trees and any plants in areas across the Bangsamoro region as part of its 1st 100-Days Action Plan.

Dubbed ‘Oplan Baklas’, the campaign aims to protect the trees pursuant to Republic Act No. 3571, an act that prohibits the desecration of trees (i.e. cutting, destroying, injuring, etc.) which includes the nailing of political campaign materials on them.

BARMM-MENRE Minister Abdulraof A. Macacua said the Ministry will continue to monitor individuals and parties found violating the law.

After the success of the first round of Oplan Baklas, which targeted Cotabato City, the towns of Buluan and Datu Montawal, and the areas in between, the second round was conducted in the municipalities of Sultan Mastura, Parang, Matanog, Barira, Buldon, and Sultan Kudarat on Wednesday, April 17.

“As we apologize for the sudden removal of the nailed political ads and campaign materials on trees as we are only doing what’s stated by the law, we also appeal to the candidates in the upcoming election to support the cause of Oplan Baklas campaign,” Minister Macacua said.

“We also ask for the supporters of these candidates to follow the regulation as we all want to protect our trees altogether,” the Minister added.

The Operation Baklas was conducted in partnership with the Commission on Election (COMELEC), State Security Forces and law enforcement officers to create a smooth and justified implementation of the campaign.

The MENRE has also ordered the Provincial Environment, Natural Resources, and Energy Offices to implement the Oplan Baklas campaign in their respective provinces as the Ministry plans to extend the campaign in the entire BARMM until the end of the election day this year. It also wants to sustain the conservation and protection of the environment in the Bangsamoro.