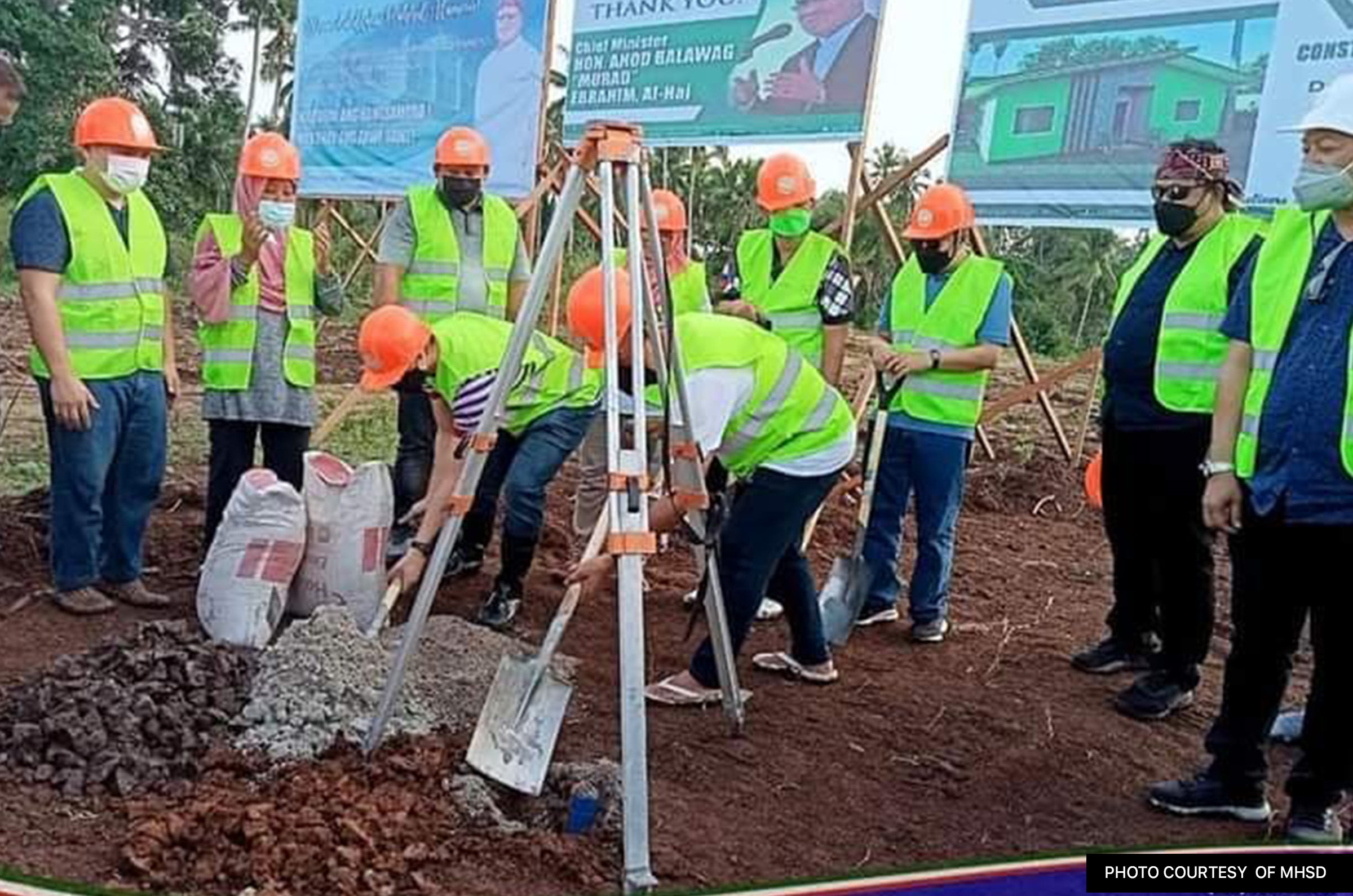 COTABATO CITY – Four municipalities in Tawi-Tawi are set to benefit from a 200-unit housing resettlement projects of the Ministry of Human Settlements and Development (MHSD).

From Feb. 1-3, MHSD conducted a series of groundbreaking ceremonies for the housing projects that will be built in the municipalities of Tandubas, Sapa-Sapa, Bongao, and Simunul.

50 houses will be constructed in each of the municipalities. The houses in Sapa-Sapa and Tandubas are both funded under the Bangsamoro Appropriations Act 2021, while those in Bongao and Simunul are funded under the Special Development Fund 2020.

Minister Atty. Hamid Aminoddin Barra said that despite being a newly-established ministry, MHSD is doing its best to implement its programs.

“In fact, we always say: we do not commit, we do not promise, but we deliver. MHSDelivers. This is our platform of administration,” Barra said during the groundbreaking in Simunul.

“Thank you MHSD. True to your tagline, you don’t promise, but you deliver,” said Governor Sali.

The provincial and municipal government units committed to aide on the projects’ smooth implementation. (BIO)