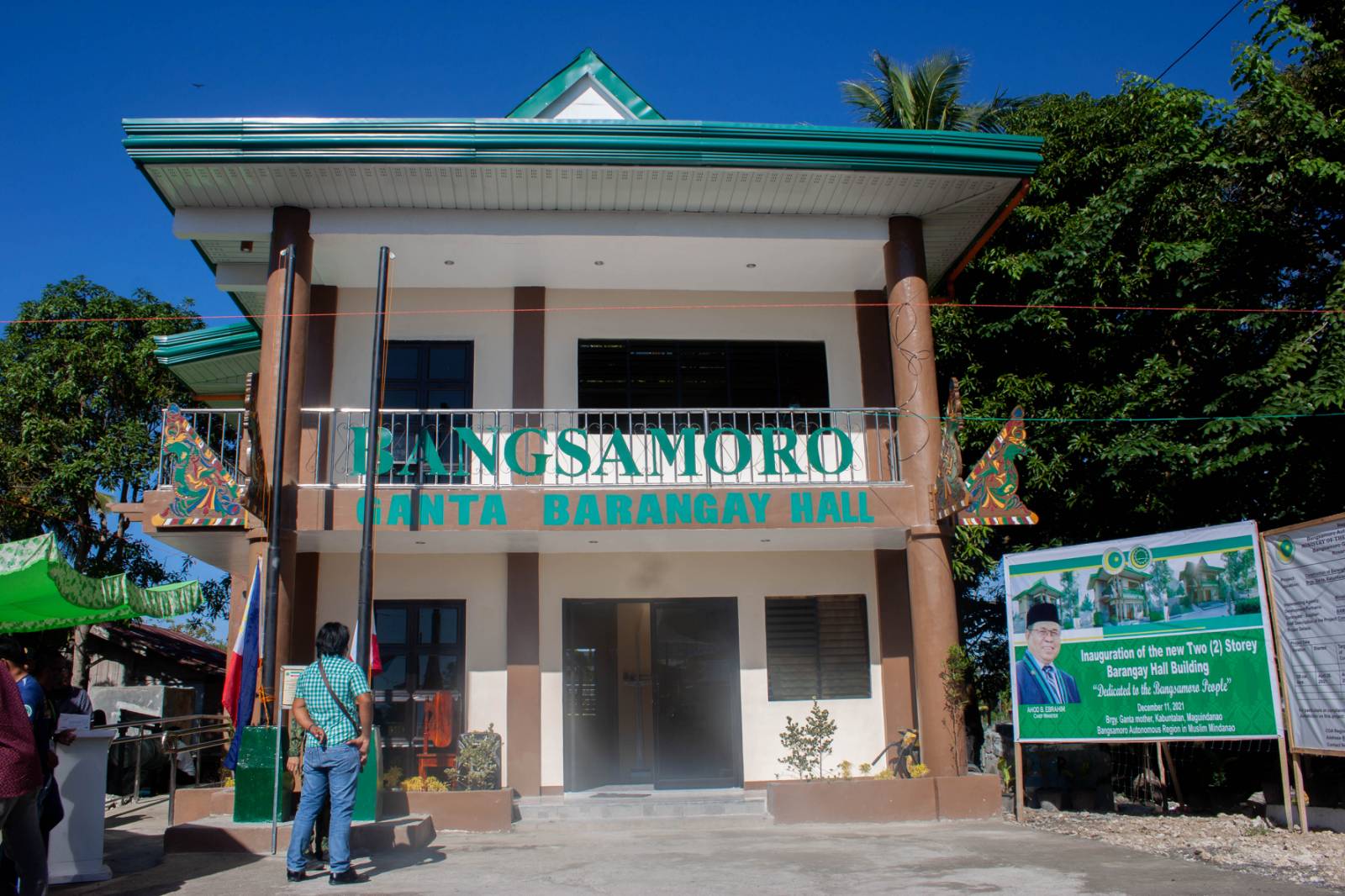 The newly-built barangay hall at Brgy. Ganta in Kabuntalan, Maguindanao.

Barangay Ganta Chairman Ryner Belon said he was “grateful and lucky for the constructed barangay hall since it was the first time ever of having this huge kind and unique design of building.”

“The people of Barangay Ganta is very thankful to BARMM government for constructing this barangay hall in which we did not experience this kind of  building for a long period of governance here in our place,” Belon said.

Senior Minister Abdulraof Macacua related the story of the struggle on what happened during the period of war that ruined several properties and lives of innocent people in Kabuntalan and in the entire Bangsamoro homeland.

“Now (that) the Bangsamoro Transition Authority (BTA) has been extended, we will focus on developing our homeland which you will soon see more barangay halls to rise and other developments in the Bangsamoro region,” Macacua said.

Another village hall at Brgy. Oring in Buldon was also inaugurated on Dec. 22. Buldon local chief executives, together with Minister Sinarimbo, joined the occasion. 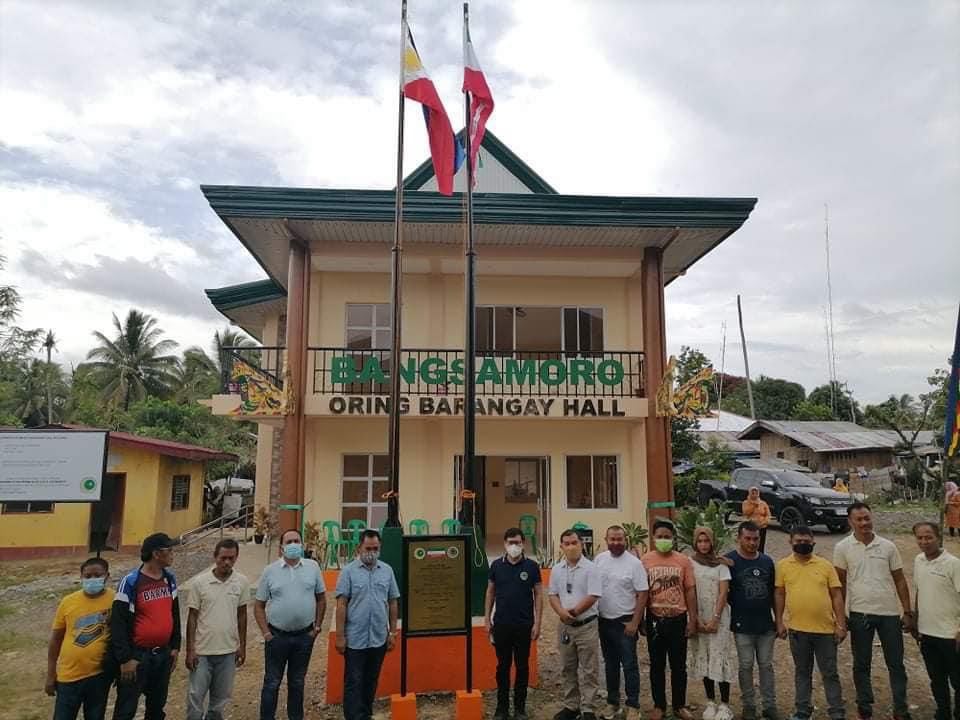 Minister Sinarimbo, together with the Mayor, Vice Mayor, and other barangay officials of Brgy. Oring in Buldon posed in front of the newly-constructed village hall.

The barangay halls, each amounting Php3.5 million, funded under the Bangsamoro Appropriations Act (BAA) 2020, are among the priority programs of MILG aimed to provide basic service delivery to the grassroots community and shall serve as the primary center of interaction between the people and its government.

Minister Sinarimbo stressed the need to build a strong foundation of governance and partnership at the barangay level since basic services for the people and flow of interactions between the communities and the government start in this unit.

“Our projects and services are mainly to establish a governement that is felt by our people even at the barangay level, and our development programs will prioritize those war-torn areas in the region,” Sinarimbo said.

“Let us work together and be strong partners for the welfare of our constituents because government is useless when the governance is not felt by them,” he added.

The MILG Minister also underscored some possible projects in the province such as construction of public market buildings and more barangay halls. (Bangsamoro Information Office)