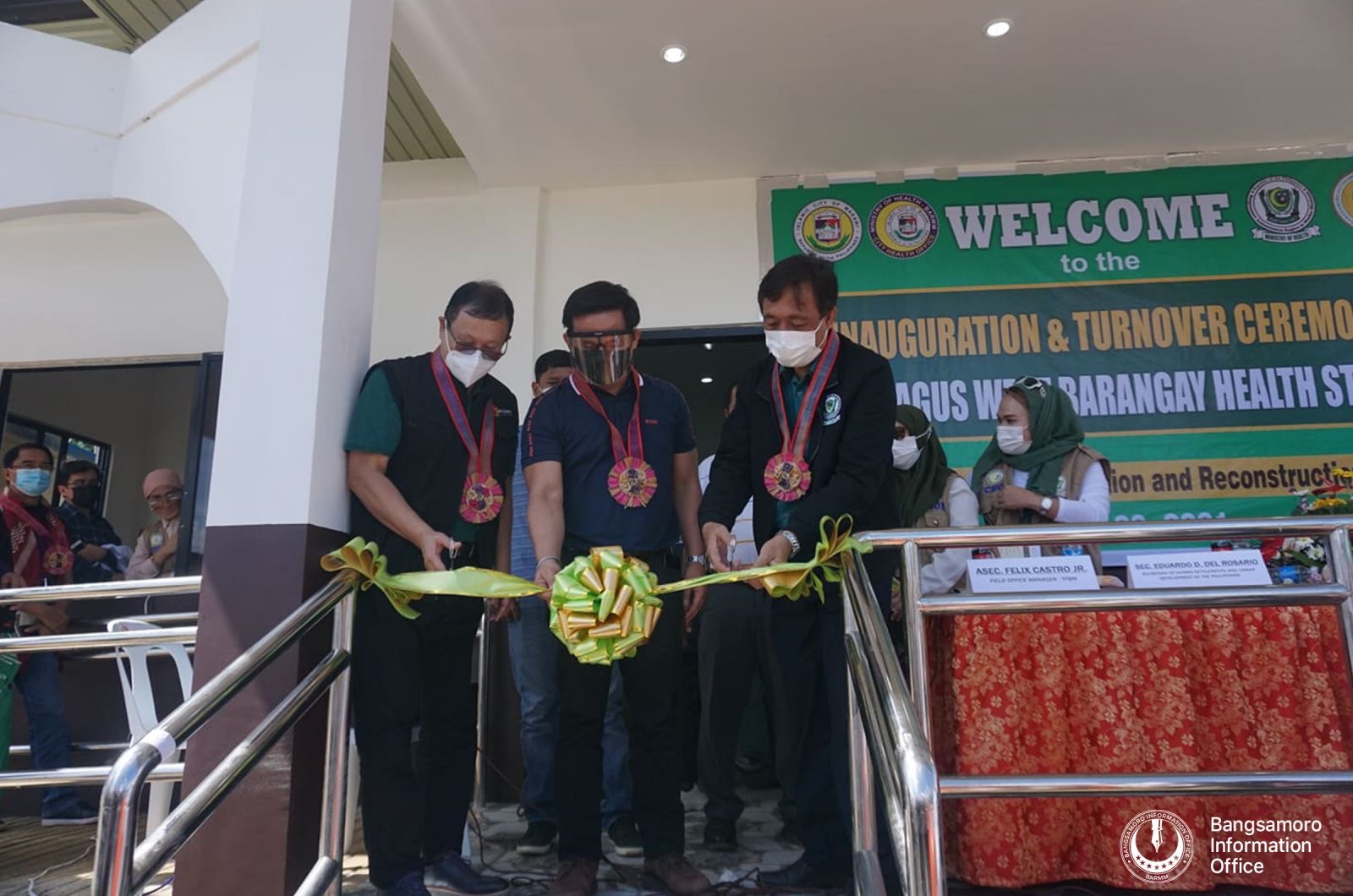 MARAWI CITY—Officials from the National and Bangsamoro government turned over Wednesday, June 23, the Rorogagus East Barangay Health Station (BHS) in this city as part of the region’s commitment to putting health “a priority.”

Minister for Health (MOH) Dr. Bashary Latiph said the construction of Rorogagus BHS is one of the “small testaments” to the realizations of “achieving a more reliable, more efficient, more effective, and more accessible health services for our people.”

The BHS is worth Php2.5 million and forms part of the Php196.8 million budget allotted for the construction of health facilities for the city’s most affected areas during the Marawi siege in 2017.

The said budget were from the national government’s Marawi Recovery, Rehabilitation, and Reconstruction Project, being overseen by the DHSUD and implemented by the MOH.

There are also 28 other BHS being constructed, 12 rural health units for Marawi City and nearby towns, five barangay government centers, a polyclinic, and rehabilitation of Marawi City Health Office and Lanao del Sur’s Integrated Provincial Health Office under the same project.

“With more barangay health stations, we bring our services closer and more accessible to the people,” Minister Latiph said.

“This is a milestone being undertaken by the national government, BARMM, and local government unit to ensure that the health services and the health needs of Marawi are given utmost importance,” Human Settlements Sec. Del Rosario said.

The Bangsamoro Government has earlier earmarked Php500 million pesos for its Marawi Rehabilitation Program (MRP) as an effort to rehabilitate Marawi City.

The MRP covers all of the BARMM’s plans and actions for the city’s rehab which are based on the approved committee report made by the Bangsamoro Transitions Authority’s (BTA) Special Committee on Marawi SCM. (Related story: BARMM launches ₱500M Marawi Rehab Program, breaks ground for 150 IDPs permanent shelters) (Bangsamoro Information Office)